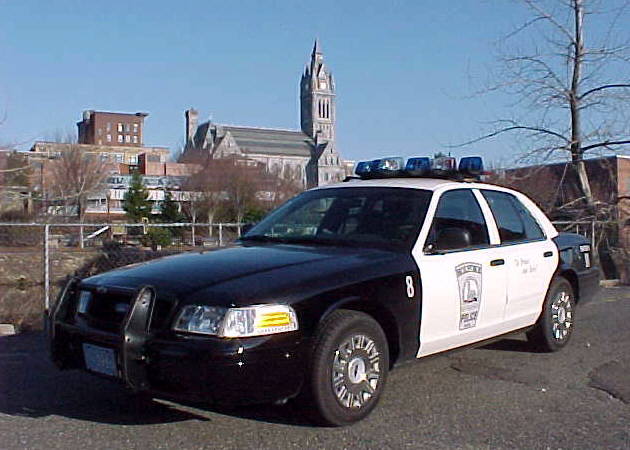 “Just like a kid on his Christmas list, I’m trying to pick the best toys that I can.”

HOLYOKE — The American Relief Plan Act of 2021, passed by the federal government in March, designates $350 billion in aid to state, local, and tribal governments to assist in recovery from COVID-19. The City of Holyoke will receive over $29 million in ARPA funds.

Department heads presented to the City Council on their proposals for ARPA funds on August 5th. Police Chief David Pratt said in his presentation that HPD’s requests for weapons, surveillance technology, and officer bonuses would support “violence prevention.” This and other requests for funding are currently under review by the Office for Community Development, Mayor’s office, Treasurer’s office, and Auditor’s office.

Pratt’s top priority and largest funding request is for ShotSpotter, an audio-based gunshot detecting surveillance system. He claimed that the system “rebuilds trust with the community and the police department.” According to a July 2021 Vice News report, however, the alerts generated by the system are often manipulated by police departments. “The company’s analysts frequently modify alerts at the request of police departments—some of which appear to be grasping for evidence that supports their narrative of events,” the report said. Vice’s investigation also revealed that there has been no independent evaluation of the software, the accuracy rates stated in ShotSpotter’s promotional materials are not evidence-based, and research suggests that deploying ShotSpotter does not lead to a decrease in gun crime.

Pratt plans to install ShotSpotter microphones in a two-square-mile area, encompassing “the entire downtown area … from the river to springdale … to the river up to community field.” The tracts that make up this part of Holyoke have a majority-Latinx population, according to census data. This echoes Vice’s finding that Chicago police concentrated the microphones in majority-Black and brown areas of the city. The consequences of imprecise gunshot detection and institutional racism can be deadly: the police who shot and killed 13-year-old Adam Toledo in March of this year were dispatched by a ShotSpotter alert.

The second item on Pratt’s wishlist is 40 new Tasers, for which he requested $138,000. “Tasers are a less-than-lethal option to use when someone is very combative,” he said, calling the weapon “a proven effective tool.” Despite Pratt’s claims that Tasers are not lethal, Reuters found that police killed over 1,000 people with Tasers before 2018, and a disproportionate share of those killed were Black. “At least 32% of those who died were black, and at least 29% were white. African-Americans make up 14% of the U.S. population, and non-Hispanic whites 60%,” Reuters found. “This is a dangerous weapon,” said retired Oakland Police officer Michael Leonesio to Reuters, “The more it’s used, the more people are going to die.”

HPD already has 30 Tasers, which were also purchased using federal funding. The department currently faces an accusation of excessive force which alleges that officers violently beat a Westfield resident and then tased him after he lost consciousness. One of the officers involved said in a deposition that she did not receive training on the use of her Taser. The lawsuit regarding this 2014 incident is set to go to trial in December.

The last of Pratt’s top three requests is $142,000 to give $1,000 in premium pay to each officer who worked during the COVID-19 pandemic. According to the complete list of requests, no other premium pay for Holyoke workers during the pandemic has been proposed—including for healthcare workers and the many other essential workers who collected garbage, drove busses, and kept the city running.

“Just like a kid on his Christmas list, I’m trying to pick the best toys that I can,” Pratt said of the technologies that he hopes to buy with COVID relief money in the name of “violence prevention.” Pratt was not available for comment Friday.