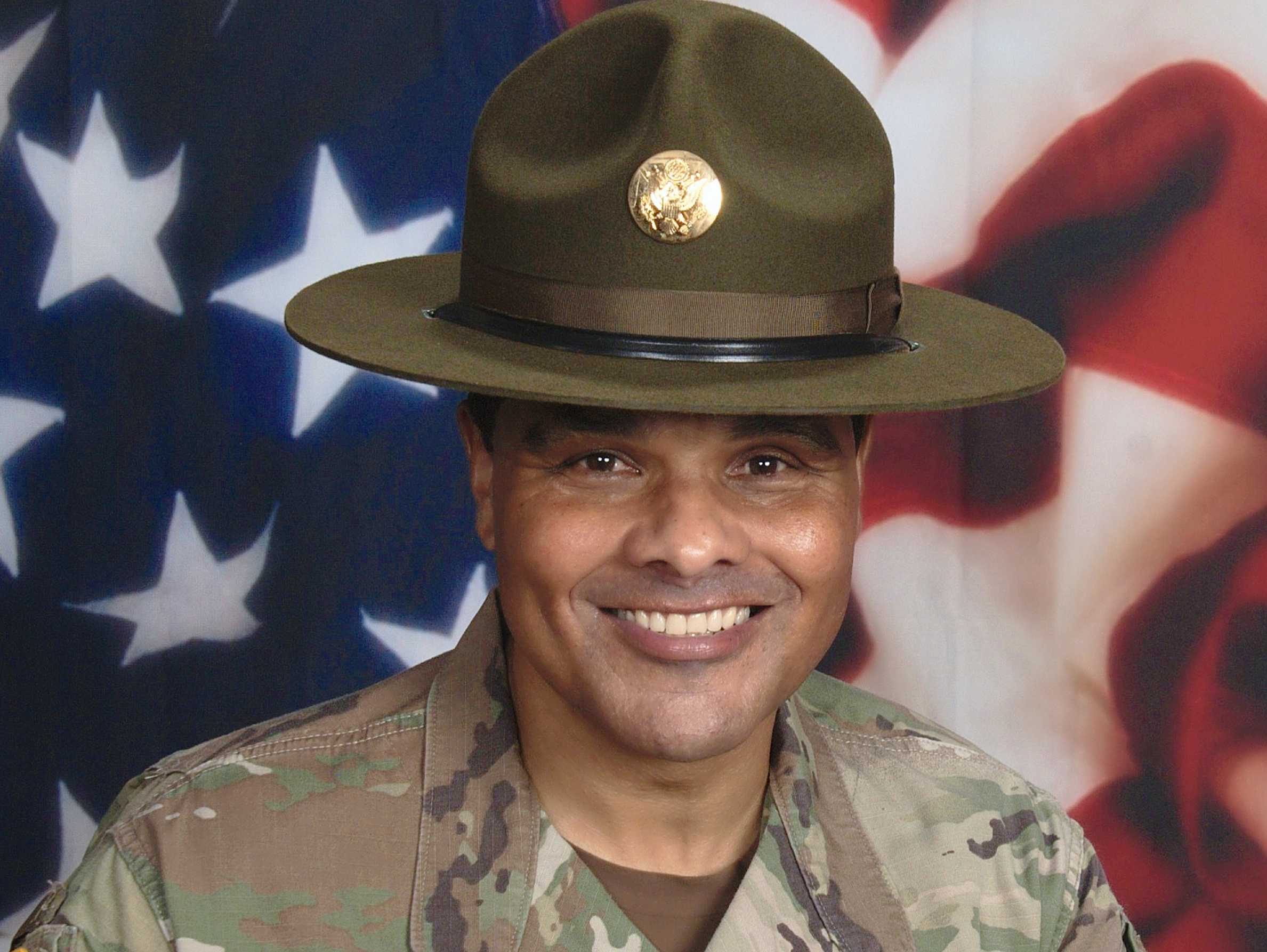 Antone Wilson and The Struggle of Promising Black Cops

Antone Wilson emailed me for the first time last year. A senior drill sergeant in the US Army Reserve and former Mass State trooper, he currently works as a private security contractor with top secret government clearance. Wilson had read a series that I published with my team from the Boston Institute for Nonprofit Journalism about chronic Massachusetts State Police (MSP) abuses and wanted to tell his story.

I contacted some chatty current and former troopers to ask if they recall hearing about Wilson, and though most were foggy on the details of his departure from the department, the consensus suggested that he is one of many Black and brown cops whose aspirations were crushed by the MSP’s vicious beadledom. So with his credibility checking out, after reviewing Wilson’s paper trail of lawsuits stemming from his ouster, I sensed that there was something worth exploring. After all, the trials he endured speak to a question I have contemplated endlessly in covering police: Why don’t more ex-cops expose the unbelievable corruption that decimates resources and leaves residents less safe than they ought to be?

Wilson says, and I believe, that his primary objective is to clear his name and obtain his full pension. He’s less interested in exposing larger issues within MSP, which he says is incapable of repenting. But while he explicitly declines to wholly blame racism for his clash with the department, in conversations with me Wilson seemed to nevertheless seek acknowledgement of the time-honored trend of Black cops being mistreated. He even gave me several printouts of archival articles about the topic in a three-ring binder. Presented in that fashion, they hardly seem like isolated incidents.

“I’m not going to paint the whole [MSP] as racist,” he told me, “even though they mostly are.”

While Wilson’s experience is an outlier in many ways, it also serves as a case study in how and why Mass has a dearth of people of color working as cops, particularly in the upper ranks. Through the lens of so much recent racial reckoning amidst the Black Lives Matter movement, I hope more people than usual may finally recognize this significant problem.

Wilson grew up in MetroWest, and in 1986 he excelled on the civil service test and was called up to the Metropolitan District Commission Police Department (MDC), which at the time was tasked with patrolling select roadways and reservoirs, and also assisted with everything from drug and SWAT ops to auto theft prevention. In retrospect, he says he was plugged in by a connected professor of his at Northeastern who liked him. Whether the assistance helped or not, Wilson was qualified on paper to serve and protect—from his military and firearms training to emergency medical certification and swimming abilities that were required of Mets, as MDC officers were often called.

Just six years into his MDC career, though, in 1992 the commission merged with the Division of State Police, the Registry of Motor Vehicles’ Law Enforcement Division, and the Capitol Police Department to become the singular Department of State Police we have today (commonly referred to as Massachusetts State Police). For Wilson and a lot of other Mets, the culture shift was shocking. “Race wasn’t an issue [with the Mets],” he says. “But as soon as the merge happened, we picked up on it that race was an issue. There was definitely a resentment, and there was certainly a resentment toward our Black leaders.”

Wilson remembers thinking that the implementation of the merger was “haphazard.” “For a while, we were wearing State Police uniforms and driving MDC cars,” Wilson says and other former MDC cops confirm. “It was ridiculous. All the cars were beat to shit.”

The resentment MSP lifers had against MDC transfers was palpable, and a range of factors fueled an inevitable culture clash. Broadly, as Wilson and several law enforcement officers I have interviewed explained, troopers were more buttoned up and military minded, while most district commission cops, as one retired metro officer said, “were street guys who actually walked a beat.” One analysis of MSP operations that was commissioned by the state in 1996 and then slipped into a drawer and ignored until we found it last year noted, “Lapses in training … reinforced … a fundamental difference between RTs (‘real troopers,’ in the words of those who graduated as recruits from the State Police Academy) and those who are not.”

Per that same account, the hero legacy in which troopers take pride is merely part and parcel of a facade. Among the observations researchers highlighted: “Fairness and professionalism are organizational values receding into memory and institutional folklore.” Almost every criticism in the ’96 report could apply to the turbulence at all levels of the MSP today—from payroll plundering to drunk driving—but while the study was supposed to serve as a warning for troopers so they didn’t repeat the same tragic mistakes, the recommendations were ignored.

It was this environment in which Wilson found himself working among more than 500 other former Mets who, with no ceremony, plan, or welcoming committee, went to bed one night in 1992 as MDC cops and woke up the next day as state troopers.

In an 8,000-word article I recently published about Wilson’s case and the overall MSP culture that made such a travesty possible, I go into great detail about the injustices that led to his leaving the State Police. For the purpose of this condensed editorial, it’s important to know that in 2000, he got into a confrontation with local cops in the Southern Mass city of Franklin at the scene of a traffic detour. It was a verbal dispute, with no one even close to injured; at most, there may have been a slight shove, of which Wilson says (and I believe, having reviewed the conflicting accounts of his accusers) he was on the receiving end.

Whatever the exact nature of the spat, in retrospect it’s clear that his own union, the State Police Association of Massachusetts (SPAM), “railroaded” him, to put it in Wilson’s words. “I’m not the kind of Black guy the State Police like,” he says.

It sure seems that way. Compared to criminal acts committed by white troopers who kept their jobs, the charges for which Wilson was suspended were laughable—“engaging in an altercation which resulted in physical contact,” said physical conduct being the aforementioned contested “brush.”

In Wilson’s time on the force, before getting a general discharge in 2009, others had received suspensions for selling guns and cocaine, beating perps in custody, and sexually assaulting women during traffic stops. Meanwhile, he was jettisoned over what amounted to a schoolyard shouting match. As a retired white trooper who asked to be quoted anonymously surmised, “As a Black guy coming from the Mets, [Wilson] was never going to be teacher’s pet.” At one point during his travails, Wilson even learned that his initial union-appointed attorney also acted as labor and employment counsel to the Franklin Police Association. The discovery that he was being flanked by the same firm that, in unrelated cases, represented officers from the department behind the allegations against him was unnerving.

By his own recollection, Wilson started seriously believing that the department, or at least SPAM, was out to ruin his career from the inside. Historically speaking, statistics buttress the suspicion; as one UMass-Lowell professor who reviewed nearly 300 MSP disciplinary cases testified in US District Court in 1994, “racial bias played a role and insulated white troopers who would have been discharged.”

MSP did not respond to a request for current head counts. But the most recent diversity numbers in official reports and media mentions are dismal. As Boston Globe reporter Matt Rocheleau put it in 2019, “How do you improve diversity and equity at the Massachusetts State Police, where eight in 10 troopers are white men, no minorities hold high-ranking positions, and numerous discrimination complaints have been filed?” When the same newspaper of record visited the topic of hostile treatment of women and minorities in the department two years earlier, fewer than 12% of troopers were people of color.

Antone Wilson was not one of them. By that time, he was long gone, his story mostly unknown until now.

While there is certainly a need for whistleblower protections and even incentive for cops to turn in colleagues who are doing the wrong thing, there are multiple reasons beyond the intuitive ones that more officers don’t snitch, and that even former cops who are disgruntled are largely reluctant to speak up. Beyond the threats from fellow officers and other common disincentives, there is also the chance that people won’t listen, that they won’t care. Especially if the ex-cop is Black and attempting to clear his name through a white media and bureaucracy.

As change comes to policing in Mass in various forms, some of it relatively rapid, there will be questions asked regarding who should be hired to serve and protect residents. I don’t have all the answers, but after learning about so many harrowing stories of talented Black cops who were driven away from police work, I’m pretty sure that they should be among the first people we ask.

Chris Faraone is the editor and co-publisher of DigBoston and a co-founder of the Boston Institute for Nonprofit Journalism.

This article was produced in collaboration with the Boston Institute for Nonprofit Journalism. You can read Faraone’s epic feature about Wilson and the Mass State Police at binjonline.org.