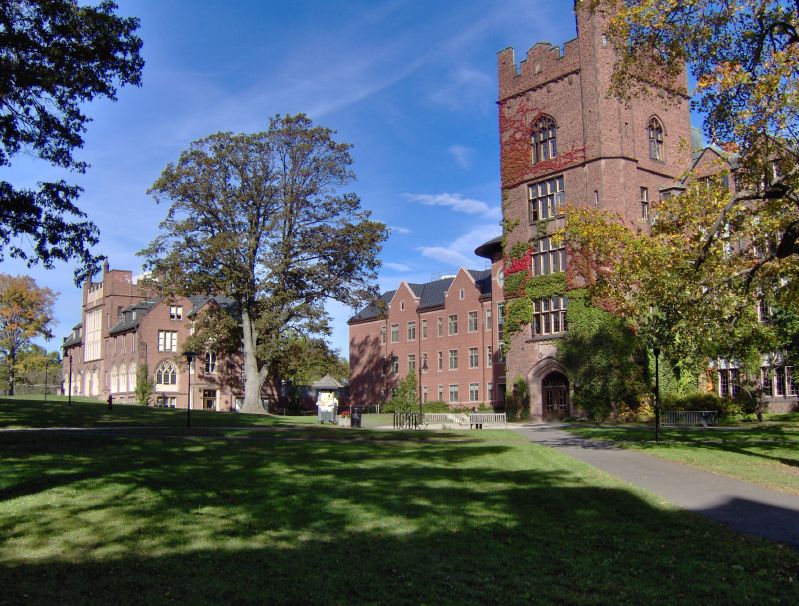 The college again overenrolled itself, leaving students to fend for themselves during a statewide housing crunch.

After Mount Holyoke College (MHC) administration sent select freshman and sophomore students emails in early August stating they should either defer or find their own off campus housing this coming school year due to lack of housing on campus, current students circulated a petition among the Five Colleges demanding the college find accomodations for the affected students.

Within two days, the petition gathered 2,605 signatures, and MHC subsequently announced to the students involved that the college will house all students enrolled either at Hampshire College dorms or at the on campus dorms. While this housing crisis sent panic through the MHC student body for a short period of time, some students have long identified the underlying issues.

“It is a big concern for me that they only communicated with students involved three weeks before school started. If they communicated with the entire student body it would have been less of an issue,” Georgia Colson, a MHC student who helped organize the petition, said.

The emails were only sent to the unhoused underclass students. These students have never participated in in-person college before and many have never even been on campus, they lack a network of support in the area as well as have fewer connections to other students.

When The Shoestring emailed with Rachel Alldis, Associate Dean of Students & Director of Residential Life, she said, “Students who requested housing after deadlines had passed were placed on a waitlist while the College monitored housing data and sought creative alternatives. However, those 18 students have been assigned housing.” The students involved in the petition did not mention that the students filled out housing requests late, but they highlighted larger issues they had with administration. To the students who advocated for their impacted underclass peers, the lack of broader communication gave the impression that the college didn’t want to draw attention to its housing crunch.

“​​I believe they’re going to see a larger number of first year and sophomore students transferring out.” Alyssa Tsuyuki, another student involved in the petition said. “When these students don’t have that sense of community and are paying so much for room and board, it becomes questionable why they would feel an obligation to stay at MHC when they can pursue an education somewhere else, presumably for cheaper.”

In the email sent to the students, MHC wrote, “While we hope some space will open up, we cannot guarantee this and we want to help you explore options.” MHC sent the students a link to the UMass off-campus housing office, leaving many frustrated that no one from the college was there to directly help the people being displaced.

One student who received the email from MHC was part of the Student Government Association (SGA). Throughout the week, many more students who were told they did not have housing reached out to SGA. This student-led group created the petition about the issue, and circulated the information throughout social media.

Over-enrollment is not a unique problem for MHC. Many study abroad programs have been canceled, students have deferred or taken off a year or semester and are now returning to school, and many freshman classes are larger than expected across the country. Northampton’s Smith College, another school in the Five-College Consortium , is also overenrolled for the coming semester.. Smith College still has over 100 students that currently do not have housing assignments and still does not have a plan for these students.

Colson pointed out that while this is a problem across the country, freshmen in 2018  faced a similar problem. She explained that her class received a similar email that students were sent this year because her class was also over enrolled. She went on to explain that MHC knew they needed two quarantine dorms for the coming year, but still accepted just as many people.

The petition was designed to reach the administration and urge them to consider the long term consequences of their actions and let the entire student body know about what happened with the involved students. When the administration announced they found housing for all students, they did not mention the petition in their announcement. “I think the petition becomes significant when we factor in how the school believes it can ‘pull a rabbit out of their hat’ and make things magically work out,” Tsuyuki said. “It is another timeless lesson to the school that the students know more than they think, and that they need to be more upfront with the students.”

Earlier this summer lightning struck a dorm on MHC’s campus called Mead Hall and the sprinkler system went off throughout the dorm, destroying the interior. The students who planned to live in this dorm were all moved to Hampshire College for the semester; these dorms will also be filled by the students who received the email asking them to defer. According to Mount Holyoke News students living at Hampshire will have access to dining on both campuses, and there will be shuttles between the schools. Room and board at Hampshire College is $750 cheaper than Mount Holyoke, as of now the MHC students at Hampshire are paying the same prices as students on campus. Colson is disappointed at this difference and is planning on creating another petition about this problem.

Students who live off campus have their financial aid altered because they will not be charged for food and housing. After finding housing, students can apply for a living expense allowance of up to $5,200, $3090 less than the $8,290 it costs to live on campus per semester. When the Shoestring called the UMass Amherst Off Campus Housing office we were told there is a shortage of housing at the moment, and they are telling students to utilize other resources to find housing. The Shoestring also spoke with Darlene Forget, a realtor at ERA Laplante Real Estate. She said, “The rental market in general in South Hadley and surrounding towns such as Granby and Belchertown are very limited so college students trying to find housing in the area would probably have a little bit of difficulty off-campus unless they were willing to go to say Holyoke or Chicopee where rental properties are more plentiful.”

When asked what the fallout of moving students across the Valley Tsuyuki said, “The largest impact for many of these students is this disconnection from MHC as a home. MHC is a place to live and build community with those around you, and they lost that. There will be glimpses of that for those living at Hampshire, but nothing close to being on campus.”

Bella Levavi is a journalist and student at Smith College. She lives in Hadley. Photo courtesy of Flickr.