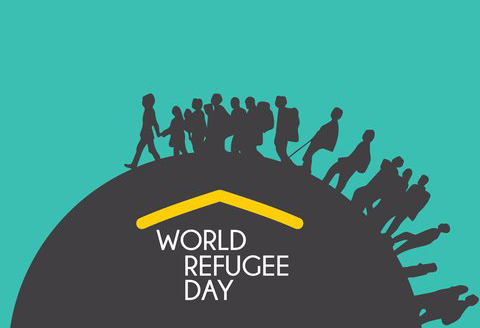 Editor’s Note: In honor of World Refugee Day, we are publishing this piece by one of our contributors in Springfield, MA.

A Puzzle in Geopolitical Context

If there is one thing that keeps me awake in the middle of the night it is India’s hegemony in the entire South East Asia region and more so in Bhutan. India has done so much injustice to ethnic-Nepalis from Bhutan that the international community is completely unaware of. Although India is known to the outside world as one of the largest democracies, it is not the case in my eyes.

Twelve years ago, the Indian government with the help of its Seema Suraksha Bal (SSB) indiscriminately fired bullets on Bhutanese refugees marching to Bhutan under the banner of Satyagraha and National Reconciliation. We demanded that we get a safe passage to Bhutan, as part of the repatriation process.

Many protestors including me sustained both minor and serious injuries, while one youth couldn’t make it. More than physical injuries, the Indian intimidation left a lasting trauma on us– this is one reason I continue to fear when I hear gunshots.

I was one of the marchers holding the banner on a typical summer day at the Mechi Bridge, that shares border with India and Nepal. We had adapted Satyagraha movement hoping that the Indian Government who gained Independence from British using same non-violence movement was a prescription to Bhutan’s resistance and denial for recognizing as the bonafide citizens.

At that moment, I thought that was the end of my day. I thought of my parents and families who were at the camp, not far from there. When I went up the hill running, I saw several hopes on the billboards. I, along with hundreds of others survived in the stampede. But I saw a motorcyclist along with one other guy holding an injured young, bloodied, rushed to the nearby hospital. Shah Bahadur never made it.

Humanitarian workers treated those injured in the protest. The police force took custody of the leaders organizing the march. We were traumatized and left with others for several hours.

This wasn’t the first time India barred Bhutanese refugees from entering the border. Each time we would come up to demand the option of repatriation, India deliberately suppressed the movement.

Interestingly, when we had to cross the Indian border to get Nepal, my family was loaded into Indian truck and later dumped to a refugee camp that later became my home for close to 20 years.

Modhi, a Hindu Nationalist, though seen as some hope has done nothing to question Bhutanese monarch’s ethnic persecution targeting Hindu minorities some 700 miles away from his office in Thimphu. This national interest has inadvertently hurt the Bhutanese refugees who have been waiting for almost three decades in the refugee camp.

Now tell me if India has done justice to the Bhutanese refugees.

Though over 113,000 Bhutanese refugees are resettled that started in 2007, about 7,000 refugees are still dreaming to go back to Bhutan. It is shameful that India, the biggest democracy to kill the peaceful protesters and continue to block refugees from entering its soil. At the same time, it is shameful to Bhutan that proclaims to be the happiest nation in the world where one-sixth of their citizens were stripped out of their basic rights. The United States has given a place where the forgotten refugees like me can call home. However, I hope that the United States can give justice by exerting pressure to Bhutan government to take back those refugees waiting for repatriation and allow the Bhutanese Americans to travel freely to Bhutan. The current policy does not allow us.

Although I’ve started to live a completely new life post-resettlement to the United States, the memories of the SSB forces stepping their shoes on my back while I had laid dead during the peaceful protest 12 years ago continue to haunt me. I think it always will.

A refugee from Bhutan and a 2017 MPA graduate from Westfield State University, Mr. Bhuwan Gautam is a former President of a refugee local non-profit, Bhutanese Society of Western Massachusetts. He can be reached at bbdruk@gmail.com.