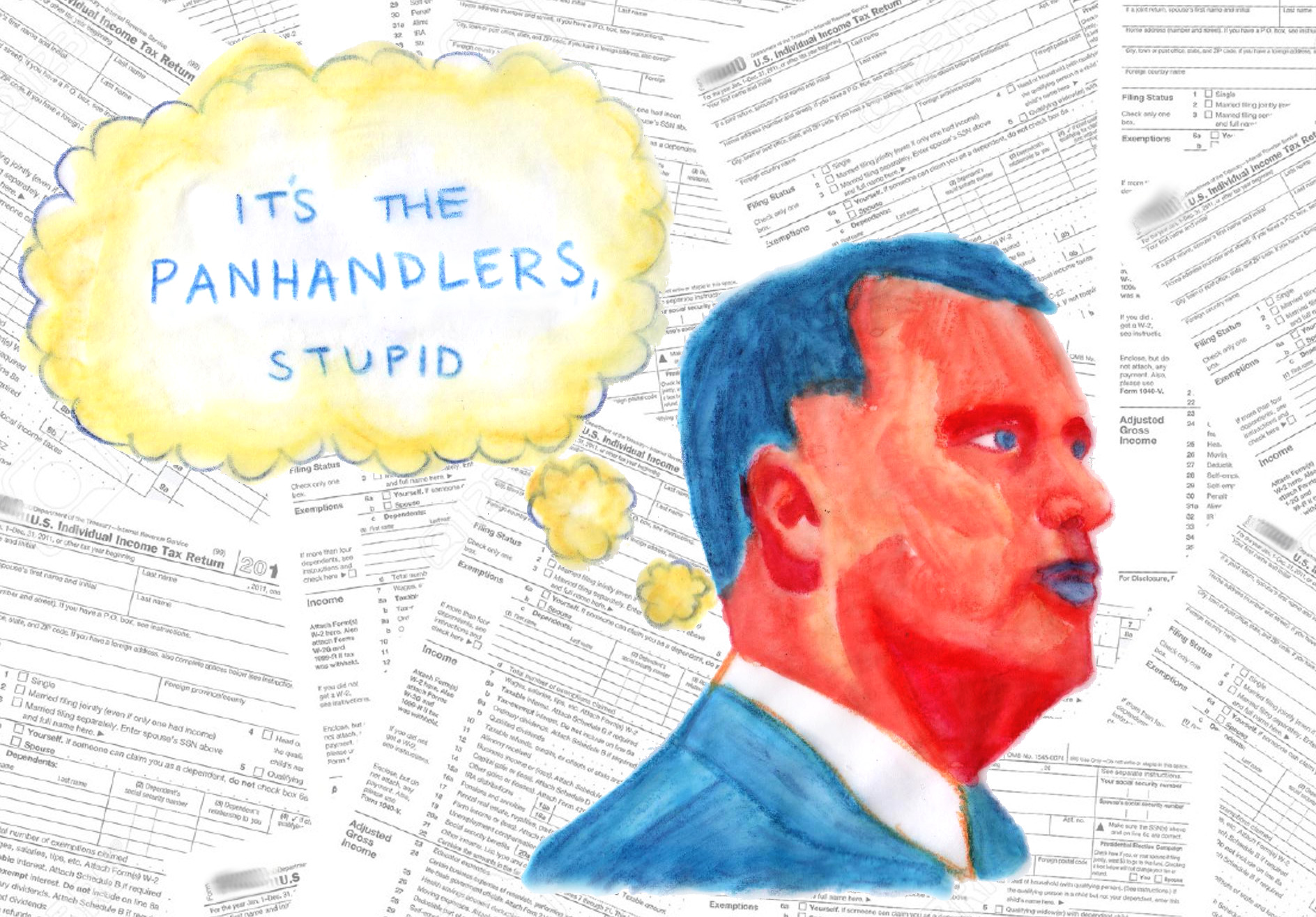 A new online survey from the Mayor’s ‘Work Group on Panhandling’ considers further criminalization of the houseless.

On Monday, The Shoestring published a confidential document from the Mayor’s ‘Work Group on Panhandling.’ City health department officials, representatives from non governmental organizations, and police officers distributed a survey to members of the downtown community who are experiencing houselessness. In it, they were asked various personal questions about their lives like: “How do you get downtown?,” “Do you use drugs or alcohol?,” “Do you think panhandling is good for business?,” and “Do you utilize services?” Respondents were given a $10 gift card from the Downtown Northampton Association for taking the survey. `

On Wednesday night, Mayor Narkewicz posted to both his Twitter and Facebook accounts an online survey to solicit “Opinions on Downtown” from Northampton residents. Its introduction states that it is meant to “make downtown Northampton the best it can be.” ‘Panhandle’ and its variants—panhandle, panhandler(s), panhandling—are included in 20 of the 42 questions. The survey also includes questions about institutional “fundraising” by advocacy organizations and ominous queries like: “Do you think things in downtown Northampton are generally going in the right direction or do you feel things have gotten pretty seriously off on the wrong track?”

In an email to The Shoestring, the Mayor said his Work Group was looking for “potential non-legislative/non-punitive ways of addressing [panhandling],” however some of the ideas floated in the Mayor’s online survey include a law to criminalize it and a “greater [police] presence” to “actively discourage panhandling.”

The survey also suggests other options, such as:

None of the people we spoke to who are experiencing houselessness said they need stricter law enforcement and more police presence to monitor their labor, nor did they request that an outside organization be given the donations that they would normally receive. Instead, many suggested that the biggest obstacle they face is housing: as one person put it, keys to an apartment would be a good place to start.

Narkewicz has a track record of advocating for policies that will control and monitor the houseless population. In 2013, he ripped out six downtown benches in response to complaints from business owners that panhandlers were sitting on them. Due to public outcry, the Mayor replaced half of the benches only one week later. Last Fall, Suzanne Beck, the president of the Chamber of Commerce, showed up repeatedly to the City Council chambers in support of the installation of police surveillance cameras proposed by Police Chief Jody Kasper. Due to public opposition and a 7-2 vote by City Council in support of an anti-surveillance camera ordinance, the installation didn’t happen. However, Narkewicz vetoed the Council’s ruling and attempted to tweak the anti-camera ordinance to allow permanent surveillance cameras on municipal buildings. In light of the Mayor’s past efforts, his new survey serves to legitimize the criminalization of panhandling in the public imagination so that he can avoid public outcry in the future.

The survey does not ask about high rents for businesses, online retail, or the lack of affordable housing. (Or the drug and alcohol habits of Northampton Residents surveyed online.) What these surveys make clear is that Mayor Narkewicz and his ‘work group’ would rather blame the most vulnerable for the city’s economic problems than confront systemic inequality with adequate services and redistribution of resources.

We finished reading this survey with three questions:

In what world does anyone imagine that sending cops to further criminalize the houseless population will make anything better?

So, what is your opinion on downtown? The Mayor’s survey is available here. Go take it now (as many times as you want using different/private browsers).