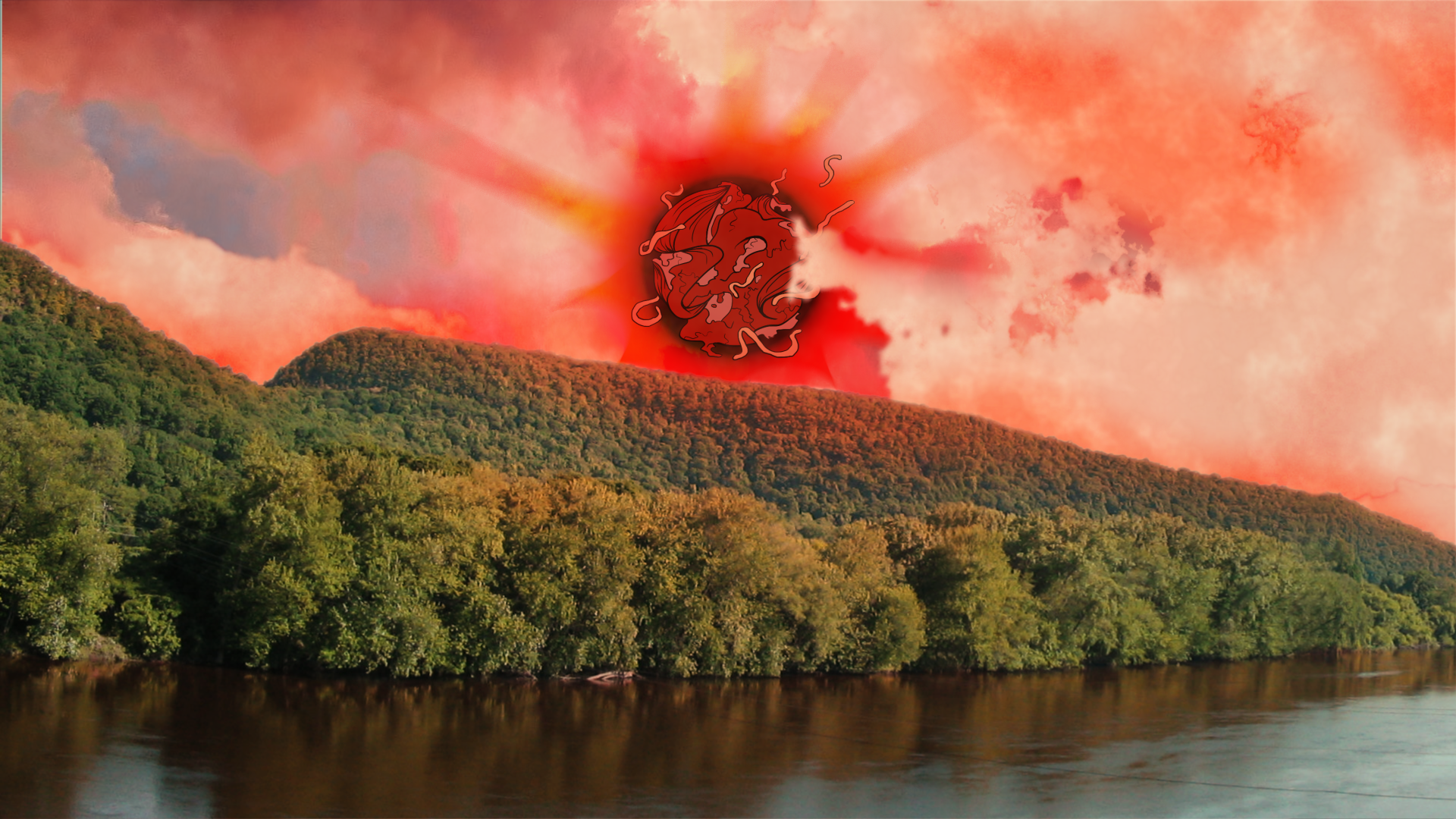 By Charlotte Murtishaw and Liz Walber

July 14, 2019
Local filmmaker Liz Walber is the director of the in-progress indie production Shelf Life, a “dyke love story at the end of the world.” The movie follows protagonist Golda as she makes her rounds as a courier for a doomsday Amazon, dropping off tomb-trinkets for the all-too-human, all-too-damned residents of western Massachusetts on one of the last days of Earth. Walber wrote the script following their graduation from Smith College in 2016; currently, the crew is set to film at the end of the summer for a slated 2020 release. In the meantime, they agreed to sit down with the Shoestring to discuss staying local, being gay in Lesbianville USA, and living through the endtimes.

What has it been like to work on this movie in various stages [since 2016], especially since within the past six months this whole idea of apocalypse and human extinction has really hit the forefront? The media has been covering this, for those paying attention, but until recently it was all sea level rise and biomass reduction and terms that don’t really speak to people in the same way.

When I started writing the film, everyone I know was freaking out. So that has been a constant. I’ve had conversations with a lot of the people working on the film about how we need to take a lot of breaks because it feels way too real sometimes, even though it is (in a self-deprecating tone) an experimental interpretation of an apocalypse because it does feel like it hits too close to home.
When it started it felt like less a beast, whereas now — I saw the VICE article that was like it’s gonna be over in 2050 and I was just like, should I even do this? It almost feels like a joke sometimes. It’s like, is this going to be emotional enough and raw enough and entertaining enough that it’s worth the time? And right now my answer is yes and no one’s going to let me say no, probably.
How do you see the relationship between western Massachusetts as a specific cultural environment, and this ongoing climate collapse?
That’s something I’ve been grappling with a lot. It’s incredibly spooky and creepy and gross and strange all the time. I personally feel incredibly helpless but also charged to action, and I hope the NSA doesn’t actually read my text messages.
I don’t know, I wish everyone was angrier? I’m waiting for the point at which those of us who live in privileged situations, who will not be climate refugees, will fucking get good and start burning shit.
I’m constantly like, why do I do anything, the world is ending. But it’s become way too much of “a bit” for me. People say things and I’m like well the world’s ending and it’s not really funny. But I actually believe that, you know?
Yeah. But it’s also like – me and my art director Indie [Beare], I wish they were here, we have these conversations about how getting bogged down in that so the world’s ending, why can’t I do anything, is very divorced from the fact that for us climate change is oncoming, but for a lot of the world it’s already there, you know?

Yeah. Like the world has ended, and is ending, and will end.

And even more recently, probably with Ursula K LeGuin’s passing and more attention to Octavia Butler, you have people engaging more with what science fiction gives us, which is not the ability to imagine our own tired political tropes in outer space but something that’s actually completely different. Earlier you told me you’re not a science fiction writer, but I think any sort of queer future is science fiction. The idea is that we can leave this behind. And that’s kind of the whole neoliberal nightmare, right? It’s like, how do we work within this system to give tax credits on carbon – but it’s not about tax credits, you know? We need corporations to cut out fossil fuel production entirely.

Yeah, oh god, well I saw a tweet that was some kind of quote from Pete Buttigieg, which is kind of ironic if we’re talking about neoliberal gay people. It was about how the neoliberal mindset refuses to imagine there’s anything beyond compromising with your sworn enemy. That you can’t think outside of the concept: Well, we’ll have half the Supreme Court be horrible people and half the Supreme Court be the good guys and through the power of that clash, eventually something will get done. It’s like, just take a second and imagine, just imagine that there is nothing. What would you do if there was nothing?
I watch Black Mirror. That episode was incredibly scary, and I think Hollywood just uses the same four texts over and over again. And they have so much money.
I did want to ask about the funding of this project, and how that’s coming together. In terms of local grants and especially local arts grants, have those been helpful and accessible?
We got a Northampton Community Television Grant. I’ve been putting almost all my money that is expendable into the movie, that’s really where most of the money is coming from. When we started, there was a thought of, do we want to do a crowdfunding campaign? I hate crowdfunding, I think it’s for grifters. So I said, we’re not crowdfunding, what we’re doing is we can make things people can buy if they want. So we made zines and patches and stickers. We now have a donate button on the website. But most of it is that I just rebudgeted my whole life around having enough money to make this, and buying stuff slowly.
I think people should apply to local grants before they tell you to apply to stupid big grants that are going to tell you to change everything. Local grants are sick, I wish there were more.
Did going viral on Twitter help your film at all?
Yeah, we got a couple hundred followers on Instagram. Two people bought patches, that was sick.
One question I really wanted to ask was: What can your immediate communities, in terms of the local arts scene or even the region or even just people online who are into the same weird shit, do to support the movie?

If they want to buy a patch or zine at Looky Here or Grapefruit in Northampton, that’s cool. If they want to donate on the donate button, that’s cool too. If they have time and artistic skill sets they want to offer, that’s a big help. We’re looking for extras for the party scene in the movie. I can’t pay extras, but it’s one hour, and it’s at the end of August, and we’ll feed everybody. Email me at liz.walber@gmail.com if you want to be in the party scene or if you have ever held equipment before and want to hold equipment. And like us on social media.

And if you know any gay celebrities, tell them to send us time. Or money. Or love.

Liz Walber is a filmmaker in Easthampton, MA.

Charlotte Murtishaw is a contributor to The Shoestring.