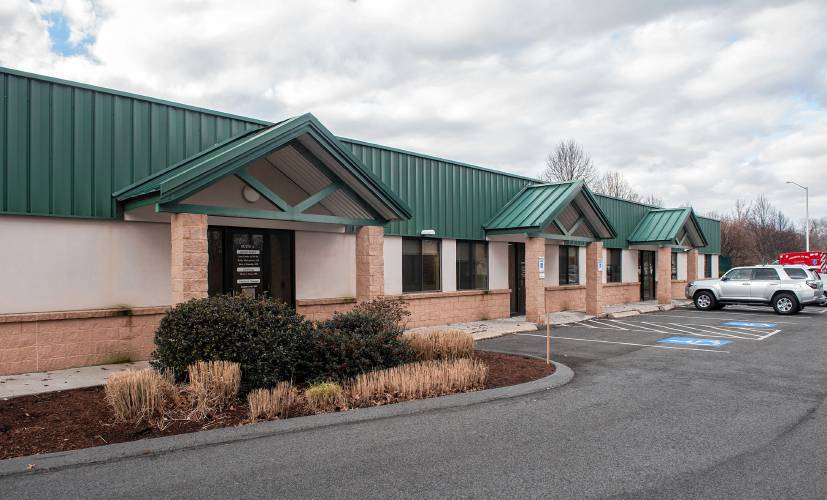 On March 22nd, 2020, The Shoestring reported on the unionization effort at Safe Passage, a Northampton organization offering services to survivors of domestic violence and those escaping unsafe home environments. Since succeeding in their union drive, Safe Passage workers have been represented by United Auto Workers (UAW) Local 2322 under the name Supporting Advocates, Supporting Survivors (SASS). On January 18th, 2021, members of SASS’s bargaining committee reached out to The Shoestring with a press release regarding the negotiation of the union’s first contract and the response from management. The employees noted that management hired lawyer Tim Murphy of Skoler, Abbott & Presser, a law firm which specializes in the labor interests of management and employers and has an entire page on their website regarding union avoidance.

“On December 16th, at their sixth bargaining session, members of Supporting Advocates, Supporting Survivors (SASS) UAW 2322 read a demand letter to Safe Passage management,” states the press release. “Created and signed by a majority of Union members, this letter was prompted by recent staff turnover, specifically the resignation of a shelter staff member who was also part of SASS’s bargaining committee. The resigned employee was not the first working parent to leave Safe Passage in 2020. According to Union member Leslie Roberts, ‘in the middle of a pandemic and while negotiating our first Union contract, Safe Passage clients and employees alike are experiencing a lack of stability and support due to high staff turnover.’”

“Our coworker, a staff person who shelter guests trusted and confided in had to resign after we witnessed them being continually unsupported and scrutinized in their role,” said bargaining committee member Shira Breen. “We as a union are trying to facilitate Safe Passage acting on its stated values. Currently, there are countless ways the organization is not empowering survivors as it claims to. The community needs to know about the harm Safe Passage causes.”

According to the press release, the letter presented to management “included a demand to work with the union to establish an interim discipline policy to protect workers from retaliation,” highlighting “uneven application of discipline, failures around training, [and a] lack of clear policies and procedures”.

“When circulating this letter among members and asking for input/support, many people were concerned about signing their names individually, which speaks to people’s concerns about retaliation,” said Roberts in an email to The Shoestring. “Many of our members witnessed the experiences of the employee who resigned very recently, which is part of what created this fear; we’ve seen how people’s relationships with members of management really impacts their experience as a worker at Safe Passage and how they are treated by higher-ups. Our goal with an interim discipline policy is to ensure that while we are negotiating our first contract and don’t yet have those legal protections, that we can have at least something in place that is stronger than what is in the Employee Handbook.”

In the December 16th bargaining session with Safe Passage management, Murphy “dismissed concerns over retaliation and uneven discipline, stating that workers ‘don’t need a contractual process’ to avoid retaliation while bargaining.” Roberts responded that they “sure as hell deserved one.”

Further in their release, Breen noted that “management and their anti-union lawyer have ‘repeatedly shot down worker-centered contract language written and proposed by SASS members’ at the bargaining table.”

Alongside a need for job protection, the key issue raised by the union in their bargaining sessions is a need for a “comprehensive health and safety policy.” Workers reported broken railings, mold in the shelter, broken air conditioning units, among other concerns and stated that staff at the shelter were “asked to care for guests with contagious illnesses without proper training.” In a November bargaining session, SASS UAW 2322 presented a “health and safety proposal” which management countered by reducing the proposal down to one sentence.

“Management has verbally expressed care, but very often without actually following through, which is part of the problem,” Roberts explained. “They give lip-service to issues that have been expressed, but we don’t often see actions being taken to remedy worker complaints or hazards, until very long after the concerns were brought up (or just not at all). This inaction is usually excused with attempts to minimize the concern, resulting in the gaslighting of employees: telling employees that the hazards/problems don’t exist, or aren’t as severe as they think they are, in the shelter that these employees work in nearly every day.”

“When we initially discussed management’s health and safety counter-proposal on November 2nd, 2020, our amazing representative Anna-Claire [Steffen, organizer and union representative for UAW 2322] said ‘I’ve never seen a contract that had one line for health and safety,’” continued Roberts. “To which Tim Murphy responded ‘I have made an effort to propose a standard labor-management proposal.’ I think it’s important to highlight that the response from the board co-chairs [Raquel Manzanares and Shane Hammond] makes it sound like they are addressing our concerns at the bargaining table, but they are not. When we submit a thought-out, comprehensive Health and Safety proposal, and they counter it with one sentence, we have a long way to go before we reach an agreement, and a lot of compromises to make. That’s not addressing our concerns, that’s fighting our concerns tooth and nail.”

Nearly a month after receiving the union’s letter, Safe Passage board co-chairs Manzanares and Hammond issued a response to the demands on January 8th, 2021. “With respect to your listed demands, we are fully and actively engaged in contract bargaining,” they wrote. “Each of the items listed in your demand are items already under consideration at the bargaining table.” As well as choosing to not agree with the union’s demands, the co-chairs also neglected to engage in the creation of the requested interim discipline policy.

“From their perspective, there’s no need for interim policies to protect employees – even though we explained to them (in the demand letter) how employees have been targeted in the absence of legal protections from the contract,” said Roberts. “They also encouraged us to refer to the Employee Handbook for the existing discipline/discharge, and grievance policies, which, again, we’ve seen do not actually afford employees protections, nor are they legally-binding like our first contract will be. Essentially, it’s up to the employer to enforce those policies and support employees, and currently our management team has demonstrated that they aren’t capable of doing that. Safe Passage touts itself as a progressive, social-justice-oriented organization, so the proposals we are submitting at the table should be welcomed, because they serve to make our organization better. But unfortunately, bargaining members are being shot down at every turn, at the advice of their anti-union lawyer. It’s just hard to see this intense push-back against proposals that will make our workplace better for every employee, including for management themselves.”

When reached for comment for this article regarding Safe Passage’s choice to hire Murphy and current response to contract negotiation, board of directors co-chair Raquel Manzanares emailed the following statement:

“Safe Passage values the important work done by our employees. We respect the right of our employees to unionize; for that reason we did not resist their efforts to do so. We are currently engaged in good faith bargaining with the union. Bargaining a first labor contract can be a lengthy and challenging process. We are committed to achieving a labor contract that is fair to our employees, sustainable for Safe Passage, and true to the mission and values of the organization. We don’t expect to have any further public comment on negotiations, as we don’t think it is appropriate or productive to conduct the bargaining process through the media.”

As of the publication of this article, SASS UAW 2322 is still continuing contract negotiations with Safe Passage management. They are asking for community support and awareness of the obstacles the union is facing at the bargaining table as they fight for a safer workplace. SASS can be found on both Facebook and Twitter, where they continue to update the public as bargaining continues and ask community members to stay connected and follow the pages to see how they can support the union in the future.

R. Nicholas is a contributing editor to The Shoestring.