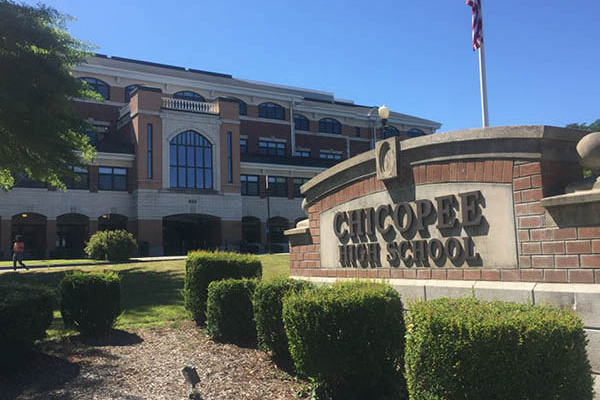 In interviews, Clark told agents she aimed to get the candidate “knocked down a peg” and was worried that “it could negatively impact her” if they were elected police chief, according to an affidavit written by an FBI agent.

Clark was arrested at her home in Belchertown Wednesday morning and charged with one count of making false statements. In federal court in Springfield on Wednesday, she didn’t enter a plea because a grand jury had not yet handed up an indictment. Clark was released on bail.

In December, Chicopee was in the process of hiring a new police chief when the city’s mayor, John L. Vieau, made a criminal complaint to the FBI. He believed that one of the candidates had received threatening text messages, which led to their withdrawal from the hiring process. Because of the incident, Vieau delayed the hiring process.

Five days after the mayor’s complaint, agents interviewed the candidate, who was referred to in the affidavit as “Individual 1.” In November, Individual 1 had received numerous text messages from anonymous numbers, which contained threats to expose information that would harm their reputation if they did not drop out of the running for police chief.

Clark also received threatening messages, Individual 1 believed. She had forwarded the messages — which were from an anonymous number — to the candidate, urging her to “have [Individual 1] bow out” of the hiring process. Individual 1 believed Clark was being instructed to pressure them to withdraw the application.

A message containing a photograph taken at a wedding of Individual 1 and their spouse was also presented by Clark. The only copy of the wedding photo was believed to be stored in the candidate’s locked office. Messages from anonymous numbers were also sent to the spouse.

In early December, agents interviewed Clark. She said she had received threatening messages, was unaware of the origin of the wedding photo, and “was worried that the public disclosure of this information would tarnish her reputation.” She assumed the photo was stolen from the Individual 1’s office and sent to her.

In January, Clark requested a meeting with agents. During the conversation, she expressed concern that the investigation was hurting her reputation as superintendent and was “tearing the city apart.”

As agents searched records from a burner application — which had been used to send the anonymous messages — cellular service providers, and other sources, they found that Clark had purchased each phone number that sent the messages. In total, 99 threatening messages were sent to Individual 1, their spouse, Clark’s personal cell phone, and Clark’s work phone in an attempt to “disguise the true sender” and to push blame on other people, according to the affidavit.

On January 23, Clark emailed an investigator with a list of concerns about the investigation. She asked what crime had been committed and wrote that “no matter which person, group of people, or individual [this investigation] points to – it was not reported by us and a piece of this was probably self-serving… I just feel that nothing and I repeat, nothing – will help me personally.”

In February, she asked agents to meet again. At various points of the conversation, Clark tried to steer agents away from the messages and “attempted to dissuade agents from pursuing investigation further.” She claimed she did not send the messages or download the burner app, and that it was in the best interest of everyone involved if the investigation was closed with “no finding.”

To deflect blame, Clark told agents that a particular city employee or one of her own family members could be responsible for the threatening messages, according to the affidavit.

At the same meeting, agents presented her with their evidence that showed she had allegedly downloaded the app and sent the messages. Clark confessed and told agents that “it could negatively impact” her if Individual 1 became police chief. She said she felt the candidate had achieved many accomplishments because of work she had done, and she wanted the candidate to be “knocked down a peg.” Clark also admitted to finding the wedding photo online and using her cell phone to take a picture of it before using the burner app to send the message.

Agents concluded that “Clark created many phone numbers using her burner accounts to conceal her true phone number and sent each of the threatening text messages” and “sent messages to herself as a means of casting suspicion onto others and make herself appear as a victim.”

“The FBI arrested… Clark for allegedly obstructing our investigation into the alleged extortion of a city employee,” FBI Boston Spokesperson Kristen Setera told The Shoestring.

Clark’s office did not immediately respond to a request for comment.

The Shoestring has reached out to Mayor Vieau’s office and Rollins’ office for comment. We will update the story if they respond.