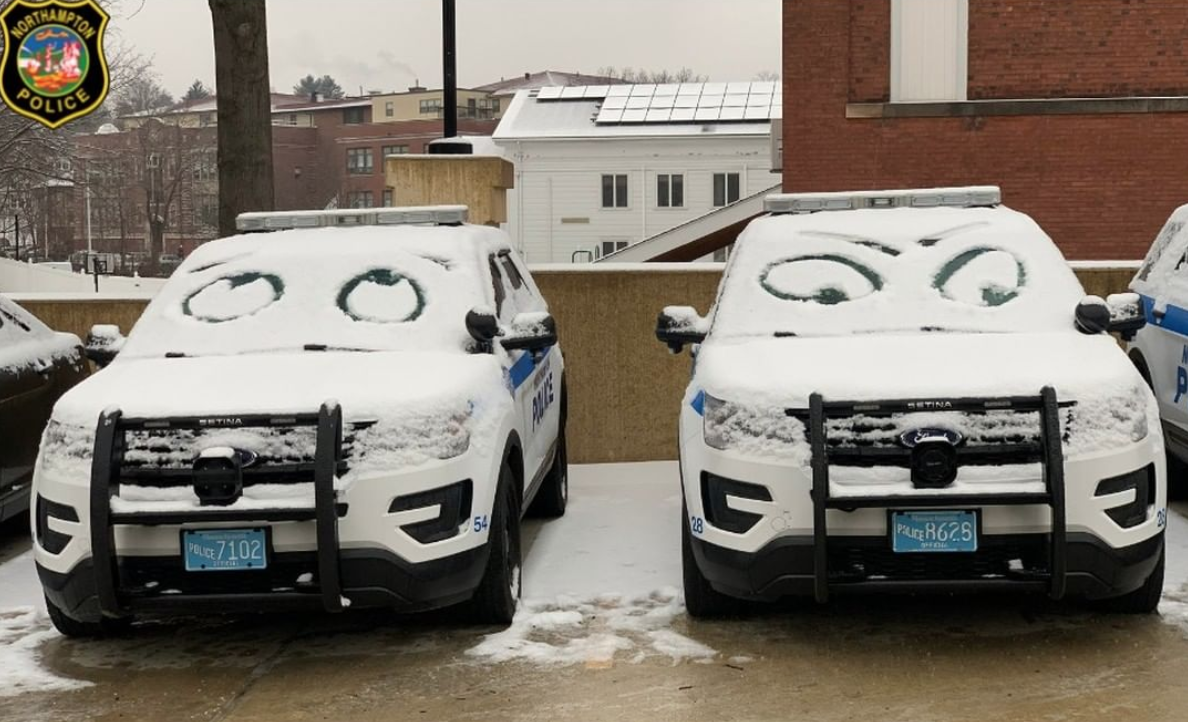 The proposed purchase is buried in an opaque financial order.

By Will Meyer and Blair Gimma

NORTHAMPTON — Buried in Thursday, January 27th’s City Council meeting, an opaque financial order to upgrade police cruiser cameras under the guise of an IT capital request was reviewed by councilors.

The request was presented to the City Council by Information Technology director Antonio Pagan, who explained that the old system for capturing dash footage wasn’t working properly, costing the city time and money trying to repair it with few results. Pagan cited frequent loss of connectivity, repeated inconsistencies in the upload and retrieval of data, unclear understanding of the system’s functionality and operations, labor-intensive data transferal, and issues with data storage and security, as the failings of the current system.

Pagan proposed the city upgrade to a Motorola Solutions system called WatchGuard, an integrated dash-cam system that is sold via a subscription that includes software, hardware, and maintenance services over a five year contract. According to Pagan, the five year contract costs $49,000 up front and continues as a $21,000 annual payment for the term of the contract.

WatchGuard is unique with its connectivity to an artificially intelligent proprietary cloud and capabilities for facial recognition—which is banned by an ordinance in Northampton—and license plate scanners, which privacy advocates say increase “invasive” surveillance of people’s movements. As the company’s sales website states, WatchGuard is “not just an eye observing, it’s a brain analyzing, alerting you in real time to threats and objectives.”

According to Mayor Gina-Louise Sciarra, both Pagan and Police Chief Jody Kasper have confirmed that Northampton will not be opting in on the facial recognition or the license plate scanning features that the service provides.

The financial order presented to councilors did not mention the police department nor the technology being requested. The order merely states “the existing equipment is failing and needs replacement,” and recommended entering a five-year contract with Motorola Solutions. The Shoestring asked Mayor Sciarra why a police technology with significant civil liberties implications was delivered to the public without much transparency about what the financial order was for. “The order itself should have been clearer,” Sciarra told The Shoestring, noting that “it should have been more descriptive for a contract order, and I’ll make sure that they are going forward.”

Chief Jody Kasper and Director Pagan could not be reached for comment.

During the meeting, Councilor Marissa Elkins (At-Large) said that in her experience as a defense attorney, she found dash-cam video to be “[an] incredibly important facet of evidence gathering,” due to its role in helping “police function in terms of accountability and in terms of their obligations to provide due process and make evidence available that is going to be used against people in prosecutions.” Council President Jim Nash (Ward-3) said he appreciated Elkins’ perspective and thought “this is a great way to support [the police department], to provide this equipment that really helps keep things accountable.”

Evidence that dash-cams are an effective tool in holding police accountable is hard to come by. Body-worn cameras have been studied more closely—with inconclusive results. Certain studies have found body-cams to help decrease police use of force, while others found they have little, if any impact.

The one case in which we know a dash cam influenced a jury in Northampton is the case of former Judge Michael Ryan. In 2010 dashboard camera evidence recorded by the NPD was used to clear Ryan of wrongdoing after he was approached by Officer Andrew Kohl while trying to repair his vehicle in a parking lot. According to Ryan, he was never told he was being placed under arrest and after resisting Kohl’s attempt to illegally seize his wallet, Kohl hit Ryan and arrested him for assault and battery of a police officer and disorderly conduct.

Ryan told The Shoestring’s Molly Keller that the arrest may have been retaliatory in nature due his reputation as a judge and for being perceived by law enforcement as “very pro-defendant and anti-cop.” He added that he could see “no reason for four cops to show up to two people changing a flat tire.” Records obtained by The Gazette reveal that Kohl has the second highest amount of citizen complaints against him out of any officer. He was suspended after having a restraining order placed against him due to “a substantial likelihood of immediate danger of abuse” to his victim.

Since 2017, Motorola Solutions has spent $1.7 billion assisting and acquiring companies that, according to NBC News, “build police body cameras; train cameras to spot certain faces or behavior; sift through video for suspicious people; and track the movement of cars by their license plates.” The Intercept reported that Motorola tried to influence a facial recognition bill “that would limit how people’s data is collected and shared without their consent.”

According to Motorola’s website the WatchGuard dash-cam software helps facilitate sharing between law enforcement “partners,” including “a dedicated, streamlined page for prosecutors.” One of the companies Motorola acquired in 2019, Vigilant Solutions, helped facilitate data sharing between local law enforcement agencies and ICE that was used to carry out deportation of migrants using automatic license plate reading software, which Northampton says it will not use.

Aimee Francaes, a volunteer with Northampton Abolition Now, told The Shoestring in a statement: “Motorola Solutions is at the forefront of a corporate movement to profit from surveillance technology in policing, which they are aggressively and falsely billing as a pro-justice reform. We must not be fooled: Motorola Solutions will reap great rewards from the expansion of racist policing in our community.”

“With national and grassroots Black-led and immigrant justice groups around the country sounding the alarm about the dangers and harm caused by police surveillance corporations such as Motorola Solutions,” Francaes added, “Why is Northampton, a self proclaimed ‘welcoming city,’ looking to use our capital expense funds to patronize a company which profits off of deporting and detaining immigrants? If community safety is what matters, let’s put our city resources into affordable housing, social programs, climate justice, public transportation, transformative justice, and supports for houseless community members, instead of a company that works hand in hand with ICE.”

The council will vote on the proposed financial order at its Thursday, February 3rd meeting which takes place via Zoom.

Will Meyer and Blair Gimma are co-editors of The Shoestring. Image from Instagram.