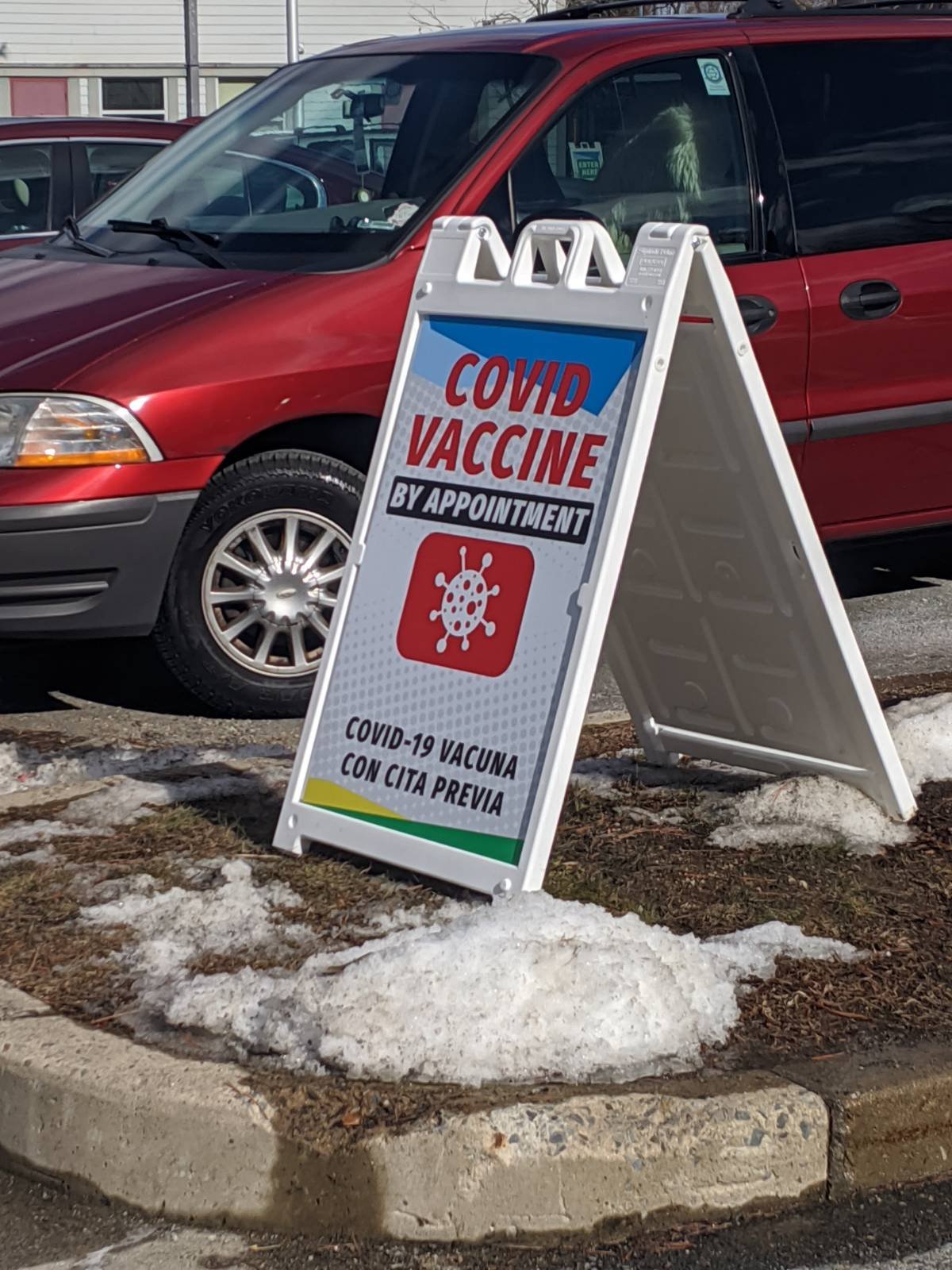 Mayor Narkewicz announced during Northampton City Council’s February 18 meeting that the city was applying to become a mass vaccination site, meaning the site will have the capacity to administer 750 vaccinations per day. If the plan to expand Northampton’s capacity, which sees 400-500 people on a busy day, were not approved, the city would no longer be able to administer vaccines under the Governor’s new plan to direct resources primarily to mass vaccination sites (a plan he has since walked back), the nearest of which is currently located at Springfield’s Eastfield Mall.

The Mayor noted that 750 vaccines per day is substantial, even more than the Mullins Center at UMass has been administering, but he added that he was “confident Merridith [O’Leary, Health Department Director] will MacGuyver a solution.”

Apparently, MacGuyver she did, as Mayor Narkewicz announced on Wednesday that the city was approved for mass vaccination in partnership with the town of Amherst. The two sites, respectively at the Northampton Senior Center and the Bangs Community Center in Amherst, hope to see a combined 5,000 vaccinations per week, beginning the week of March 1st.

With both towns retaining their vaccine administering capacity despite Governor Baker’s best efforts to make the rollout as difficult and inequitable as possible, one hopes access will improve. The less-hopeful news regarding the Northampton site’s possible closure the Mayor delivered last week came as the city struggled with many of the same problems seen in smaller cities and towns across the state. “I’ve had Merridith call me at 8 o’clock,” said the Mayor, “‘do you know anybody 75 and older who hasn’t been vaccinated? Anybody on your street, anybody?’” At the time of the City Council meeting, the city had just gotten approval to use the refrigerator at the Senior Center for storage, which allows for thawing smaller batches and less risk of waste.

Councilor Rachel Maiore (Ward 7) asked where the waitlist function had gone on the city’s registration portal, the disappearance of which had been the subject of calls she’d received from constituents. Mayor Narkewicz explained that the city, upon hearing with no warning that the state was moving to vaccination phase 2b, had taken the waitlist down and had intended to send all those on it, who were newly eligible for the vaccine, a link to register for an appointment. But the state’s registration site crashed almost immediately. Moving forward, the Mayor said he doesn’t think the waitlist will be necessary because the newly eligible group is so large that he finds it unlikely doses will be leftover at the end of the day.

“They should’ve had the people who do Grateful Dead or Phish concert tickets design the website,” the Mayor quipped at one point amidst diplomatic expressions of frustration with the state’s vaccine rollout. “This was a program that was developed by the state and so it’s what we have to work with.” He also thanked State Senator Jo Comerford, who has been appointed to the Joint Committee on Covid-19 and Emergency Preparedness and Management, and hopes that she can get some answers from the Governor.

For a full accounting of the February 18 Northampton City Council meeting see the recurring column I Go to City Council Meetings #44 available here and by clicking the City Council tab on our homepage.

Brian Zayatz is a regular contributor and new staff writer at The Shoestring. Photo by Ben Parra.