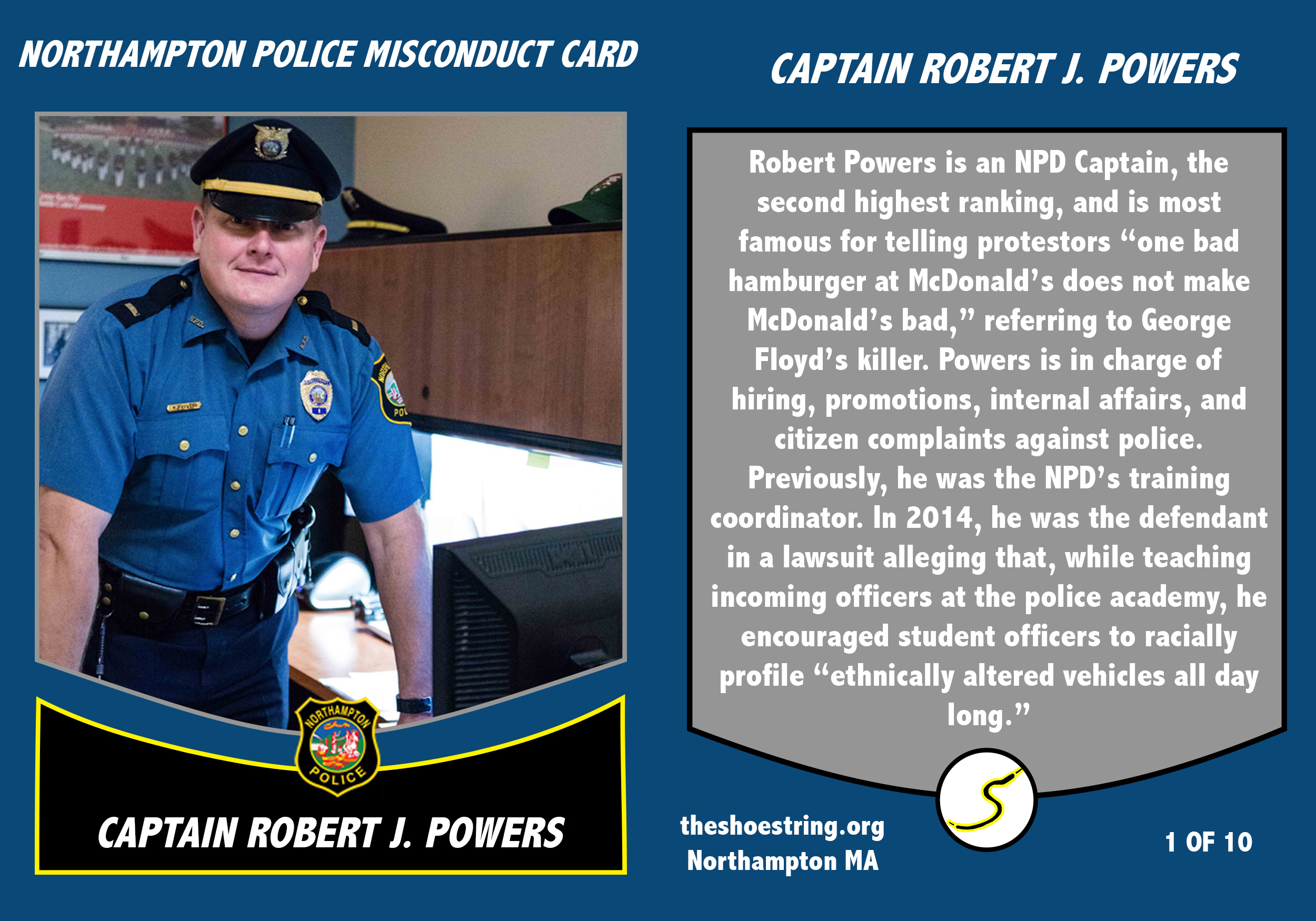 In 2017, the Northampton Police Department received a grant from the retailer Wal-Mart to produce baseball style trading cards to be handed out to school children in the city. Kids who successfully collected all 50 cards were given a ride to school in a police cruiser.

According to police historian Alex Vitale, policing in schools can be traced to the 1950s when, after a series of scandals, police agencies instituted PR campaigns to “socialize young people into the legitimacy of policing,” much like the one initiated by the NPD. The program was started soon after the controversial “High Five Fridays” was cancelled when complaints from the community blew into a national story.

In response, we are creating Northampton Police Misconduct Trading Cards. The first is of Captain Robert Powers, who we recently profiled. Powers is a powerful cop in Northampton. Second in command, the Captain is in charge of hiring and promotions, internal affairs, and citizen complaints against police. Previously during his career, Powers has also been the department’s “training coordinator.”

Powers most recently made waves when telling protesters that “one bad Hamburger at McDonald’s does not make McDonald’s bad,” referring to George Floyd’s killer. As we noted in our profile, he was a defendant in a lawsuit alleging that he taught student officers in the local police academy that they could issue citations to “ethnically altered vehicles all day long,” and said that he used the term “ethnic” interchangeably with “Hispanic.” The lawsuit also alleges that he expressed pleasure to the fact that the class he was teaching was all white.

Stay tuned for more trading cards and opportunities to collect them.

NPD Misconduct Trading Cards are produced in partnership with the Boston Institute for Nonprofit Journalism.