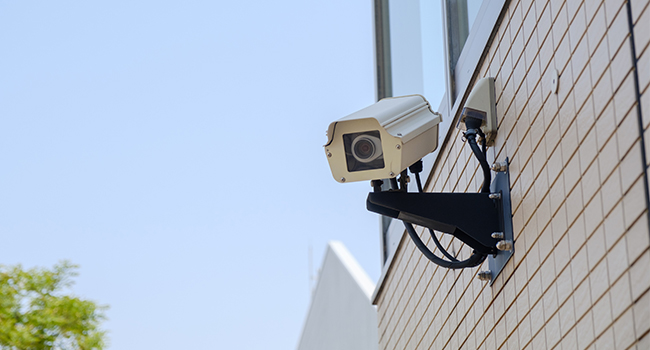 In January 2018, the Northampton City Council approved an ordinance that prohibits the use of surveillance technology in downtown Northampton. More specifically it prohibits the deployment or operation of surveillance technology in a fixed location on city-owned or city-leased property, within the limits of the Central Business District, for more than one day. The prohibition put an end to Police Chief Jody Kasper’s proposal to install up to ten permanent video surveillance cameras on Main St. The proposal which Kasper first presented to the public at a town hall meeting sparked nearly instant resistance and critique, prompting three city councilors to streamline legislation that would create a check on surveillance usage in the city. The resolution and ordinance that mirrored it both passed after four months of city council meetings packed with prohibition supporters and despite Mayor David Narkewicz’s veto of the ordinance, which the council overrode.

However, while the ordinance prohibits the use of surveillance technology downtown, it also includes exceptions to the prohibition which allows cameras in front of the police station and in parking garages. Also included in the exceptions are instances in which the Northampton Police Department can use its discretion to install temporary surveillance technology, “to prevent or mitigate imminent and serious risk to the public in emergency situations” and when “the purpose is in connection to a specific and time-limited criminal investigation.” The NPD requires no other government body to approve such use.

In November 2020 The Shoestring submitted a records request to the NPD, “requesting an opportunity to inspect or obtain copies of public records dated from and including December 8, 2017 through November 13, 2020 that include data showing the specific date, specific location, and specific justification of specifically video camera hardware used as a means of temporary surveillance technology in the Central Business District by the Northampton Police Department from as permitted by the Northampton City Ordinance No. 17.397.” Police Chief Kasper responded to this request in an official NPD letter stating, “Please be advised that this department does not possess any records responsive to your request. The department does not obtain a record on this as cameras are only used in “as needed” circumstances.” We followed up, asking why the NPD had not kept records of its temporary surveillance usage and whether any other institution had this information. Kasper responded, “To answer your specific questions, nothing in the city ordinance (285-52) requires or prohibits documenting the use of surveillance cameras. There is no other institution that maintains these records.”

In 2016, Chief Kasper went to the White House to present about the department’s transparency initiatives, including its open data portal. At the time, Kasper told The Gazette that the program would help build “trust and legitimacy and better understanding” of the police department in the community.

In response to the NPD’s lack of available records, former Ward 7 City Councilor and co-sponsor of the prohibition ordinance Alisa Klein told The Shoestring via email, “Sadly, the ordinance we succeeded in passing by a hair’s breadth did not include a requirement for documentation of temporary surveillance camera use in the two exceptions that were defined by the law. There was vigorous discussion about this point among the ordinance’s sponsors at the time and ultimately, despite our interest in including such a requirement, we ended up backing away from it in order to increase the likelihood of the ordinance’s passage. I regret this. Clearly, there is too much room in the ordinance; it can easily lead to the unbridled and long-term use of so-called “temporary” surveillance equipment without means of oversight or official documentation. I seem to remember an argument by the Chief at the time that because so much complex set up goes into the proper placement of highly sophisticated technical surveillance gear, that the cameras need to remain in place for some time. This was of deep concern to me back then and still is. What’s more, if so much goes into the set-up of ‘temporary’ surveillance gear, clearly there must be a paper trail that documents the process whether it be invoices from contractors who do the set-up or time-tracking of officers on the force who are involved in the process.”

Klein’s point that a paper trail should exist is confirmed by Chief Kasper herself. According to Kasper, the installation of temporary video cameras does take an amount of coordination that would likely produce some kind of documentation that it happened whether it be the costs of the installation or possibly officer logs. During the time that the prohibition ordinance was making its way through city council, Chief Kasper sat in on a Committee on Legislative Matters in which the committee members weighed seriously her input on how the installation of temporary surveillance cameras would aid the NPD in ongoing investigations. At-Large Councilor Gina-Lousie Sciarra asked Kasper, “Do you think it would be possible to do these temporary investigations within a 24 hour period?” To which Kasper replied, “No. We would be very lucky to put up a camera and see what we need to see in the very first 24 hours.” Kasper continued, “It takes days, sometimes weeks, it very much depends, in those sorts of cases, so 24 hours is completely non-workable with our system. We are not always the ones to hook them up either. They have to be fed into an electrical line, we don’t do that. So, it might be put up when it is convenient for the people who come and hook it up and we may not be even using it that day.”

At-Large Councilor Bill Dwight, also a co-sponsor of the prohibition ordinance and city council president at the time of its passing, told The Shoestring via email, “I think there is room for review and reconsideration to improve the ordinance in days and years to come. Hopefully we do this while reviewing what policing is in Northampton.”

Local civil rights and civil liberties lawyer Bill Newman, who was an advocate of the prohibition ordinance told The Shoestring via email, “My understanding has been that good and standard police practice requires that a record be made any time a police officer utilizes significant departmental equipment. It therefore is perplexing and concerning that the Northampton Police department maintains no records as to when it deploys surveillance technology in the City’s downtown, the Central Business District.  How can there be oversight by the city of the use of this technology if there is no record of its use?”