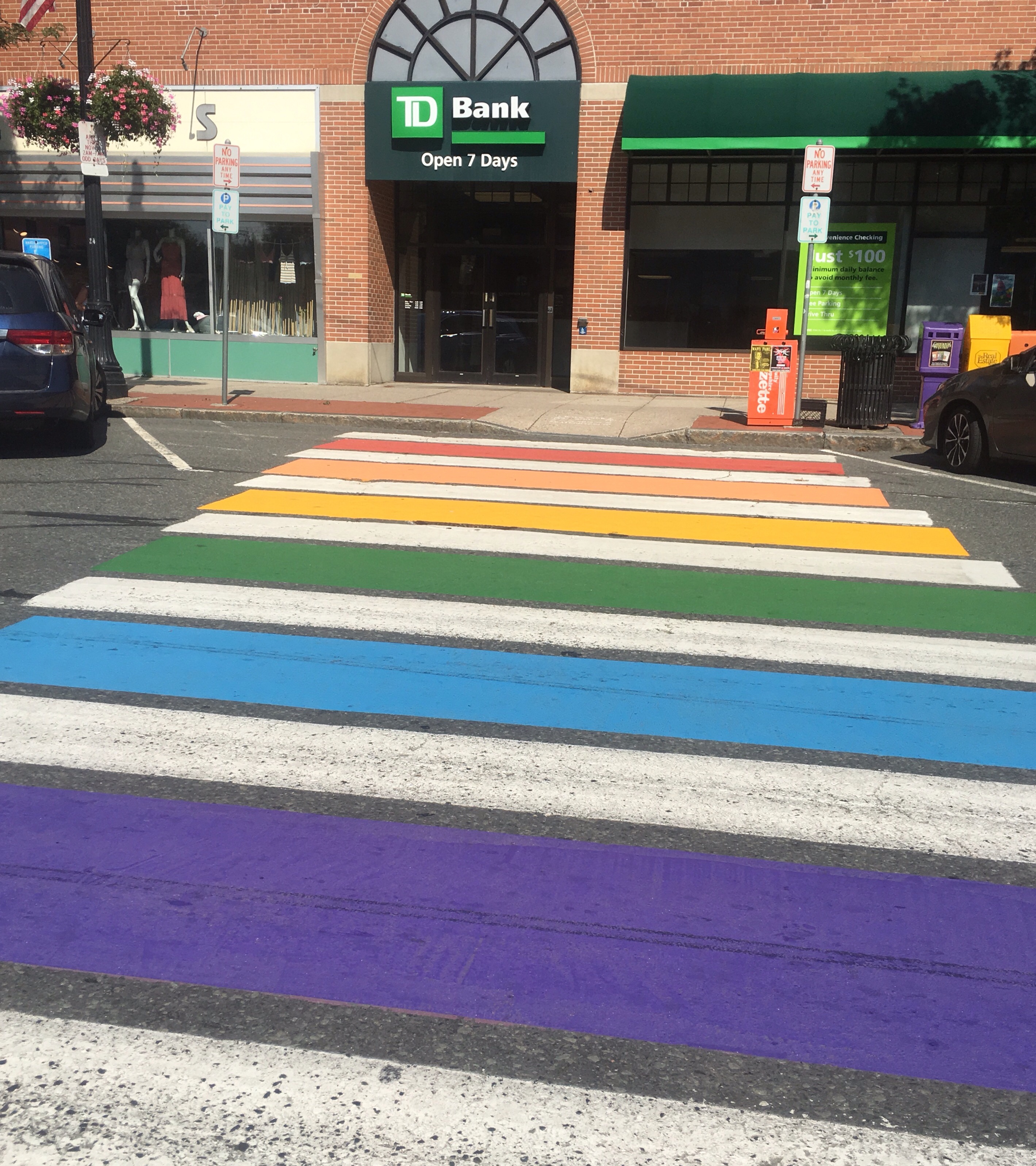 By Roman Nicholas and Will Meyer

Last year, The Shoestring covered corporate influence on Pride and how the policing of Pride undercut the radical history of the movement the event was supposedly honoring.

This year is the 50th anniversary of Stonewall, the 1969 police raid on the New York Manhattan Inn that sparked the initial Pride marches. The effort was led by Marsha P. Johnson and Sylvia Rivera, two trans women of color who were instrumental in connecting the criminalization of homosexuality with the repression of homelessness, sex work, and police violence. It was in this light that Pride began, as act of resistance to the interlocking forces that were oppressing the queer community. Today, however, Noho Pride — as we noted in our reporting last year — is staged by out of town consultants and sponsored by TD Bank, Whole Foods, and, this year, MGM.

As we mark this anniversary, a new organization has come on the scene: the Massachusetts affiliate of the LGBT Chamber of Commerce, which launched in November 2018 and has defined its goals as “find[ing] ways to put more money in the pockets of LGBT business owners and people, that’s it” — a far cry from the movement Johnson, Rivera, and others sparked to challenge not just exclusion and criminalization, but state violence against a marginalized community.

While there is nothing wrong with promoting economic opportunities for marginalized groups under capitalism, there are immediately apparent contradictions in viewing LGBTQ+ rights exclusively through the lens of business opportunity. Social issues do not exist in a vacuum and to talk about advancement for LGBTQ+ people requires an intersectional discussion, which cannot be accomplished without investigating who is benefitting and who is left behind.

The state affiliate as well as the national LGBTQ Chamber has no qualms partnering with politicians, businesses, and institutions that still perpetuate harms to non-business owners (business owners are a small sliver of the LGBTQ population).

The mission statement of the Massachusetts LGBT Chamber of Commerce focuses on “[creating] an inclusive economic growth state”. The Massachusetts affiliate is a new branch of the national chamber, formerly the National Gay & Lesbian Chamber of Commerce (NGLCC), which besides claiming corporate partners such as Delhaize America (owners of Stop & Shop), Facebook, Wells Fargo, and Monsanto, also regularly collaborates with the CIA.

Can we have true equality sponsored by banks which generate profits from private prisons where transgender prisoners are routinely abused, held in solitary confinement for extensive periods of time and denied hormones? And what are the implications of a board of directors which includes Richard Tisei, a gay Republican and former Charlie Baker running mate with a history of voting against welfare expansion while gay and lesbian individuals are statistically more likely to receive these supports than heterosexuals? The simple answer is that this brand of equality is aimed at assimilation into a flawed system without attempting to address any of the systemic problems faced by the LGBTQ+ community in regards to policing, security for the working class, or even the vast difference in opportunities and acceptance for white queer people versus queer people of color.

Shoestring social media editor Roman Behrens and co-editor Will Meyer decided to check out a pre-pride mixer hosted by the LGBTQ chamber at TD Bank in downtown Northampton. The event, aimed at schmoozing and boozing LGBTQ business owners, took place while, at the same time, May Day events, organized by various organizations like the Pioneer Valley Workers’ Center, happened across the street.

Despite the fine spread of chicken skewers and vegan cheeses, the event, under the fluorescent glow of a bank with little natural light, hardly attracted enough people to do any real damage to its excessive smorgasbord. There were, it seemed, just as many bank employees as actual guests in attendance.

During the event, we heard speeches about TD Bank being the first Canadian bank to give same sex spousal benefits and the first to recognize gender affirmation surgery. We were told that employees feel valued as their “authentic selves.” We likewise learned that last year TD Bank sponsored 83 pride festivals and supported 160 LGBTQ+ organizations and initiatives. What was omitted was the fact that TD Bank has offered over 10.5 million dollars in credit to private prisons as well as financing for controversial oil pipelines like the Dakota Access Pipeline that sparked a massive indigenous led movement at Standing Rock.

Grace Moreno, executive director of the MA LGBT Chamber of Commerce, gave a speech in the middle of the bank where she stated that “My goal and the goal of the Chamber is that we find ways to put more more money in the pockets of LGBT business owners and people, that’s it.” During her remarks, she elaborated on how this goal could materialize. “How do we make sure that the 2.7 trillion dollar economy … goes … to the pockets of LGBT businesses and LGBT people? And how do we do that? We hire Jay [the caterer] to do our spread. And you all should be hiring Jay to do your spread. We hire gay photographers. We hire gay consultants. The man who provided the cheese … The guys who did the desserts, that’s also a LGBT business.”

After she finished, we asked Moreno about TD Bank’s investments in private prisons (specifically the GEO Group whose history of prisoner abuse is so extensive that in 2016 over 100 organizations signed a letter to President Obama stating explicit reasons that “GEO Group cannot be trusted to care for transgender women or house them safely”). Moreno graciously answered, “One of the things I’ve learned is  we stay very much in our lane around what we’re doing [advancing profits and overall opportunities for LGBT business owners]. So if there’s any business that’s doing negative stuff around the LGBT community, I’m all over it. I have a Board that supports that, I have policies around that. Then, there’s a whole other spread of things our businesses might be involved in that I don’t even know about; that I don’t pay attention to because you can’t be everything for everyone,” she said. During our brief conversation, Moreno used the “stay in my lane” figure of speech four separate times.

We also asked TD’s branch manager, who spoke during the event, about the firm’s investment in private prisons. When asked about the 10.5 million dollar line of credit to private prisons, he said, “I really have no idea.” When pressed further about the disproportionate abuse faced by trans people who are incarcerated, he responded, “I really don’t know anything about it.”

Stonewall wasn’t mentioned once while we attended the event that was explicitly gearing up for Pride inside of a bank. Fifty years later, history has been forgotten, the incarceration of the LGBTQ community moot, and business stays in its lane.