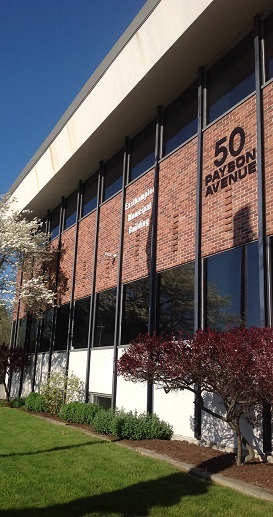 In a recent letter, the activist group addresses councilors who also serve as moderators of online community forums

AKINE highlighted social media policies which allow City Councilors to also act as moderators of local online forums. Moderators of these forums, which are located on Facebook, are responsible for approving or denying all posts. They can also remove posts, turn off comments, and hide previous comment history. This power has allowed moderators who are also council members to dictate what content is allowed on the forums and silence speech with which they do not agree, including from AKINE.  “When councilors—for example—act as moderators of Easthampton Community Forums there exists a type of double jeopardy,” said the group, “as there is an assertion of power and influence within the council and the consequence of manufacturing and distorting community dialogue through bias, whether intentional or unconscious.”

The letter specifically mentioned Council Member Zaret. “We have noticed that Councilor Owen Zaret is using his power as a moderator on one of these forums to silence our members and deny our voice,” said AKINE. In an interview with The Shoestring, Odeyemi explained that the group had tried to post graphics with information that they had received from the Easthampton Police Department through a public records request on a forum which Zaret moderates. The post was denied. According to Odeyemi, Zaret told other moderators that the post was denied because the information was untrue, although it was obtained directly from EPD.

AKINE called for all current city council members who act as moderators of these forums to terminate their moderation roles, and for new social media policies that specifically prohibit such dual roles. Easthampton’s current social media policy focuses on city employees and representatives acting in their official capacity on behalf of the city. It does not address the actions of councilors and other city representatives acting independently. AKINE would like to see policies that “reflect not just use or inappropriateness of content, but also how they can play a role in stifling community dialogue,” said member Myra Odeyemi.

Social media has been an essential communication tool for AKINE, the group said, which was founded during the COVID-19 pandemic, when many in-person events were suspended. “Being able to communicate on social media, especially Easthampton Community Forums is important so that we can make people aware about events that we’re putting on, or just general information that we’d like to share, as well as disseminate information that we have found out through our public records requests,” said Odeyemi. “It’s a critical part of communication and messaging.”

In addition to online community forums, AKINE called out other instances of silencing by the City Council in their letter. “Since AKINE’s formation, city leadership and the city council have shown a pattern which undermines and silences our voices,” said the group. The letter detailed events from the Public Safety Committee hearings. “In the first hearing—against the clearly stated meeting rules—Records Access Officer Sergeant Chad Alexander called out, by name, all AKINE members who had spoken previously. He aggressively dismissed their concerns and questioned their legitimacy as constituents and residents of the town.” The letter continues, “Twice in the second public safety listening session our members were shut down, one was never called on, while other members of the public, including police and their supporters, were allowed to speak up out of turn, and some spoke multiple times.”

As of May 31st, AKINE had not received a response to their letter from the council as a whole or from individual council members. Councilor Zaret did not respond to multiple requests for comment from The Shoestring. Council President Peg Conniff declined to comment.

Other concerns in the letter included an officer visiting an AKINE member’s home without any record of the visit in police logs, in a potential intimidation tactic. AKINE also discussed a lack of recognition for their work on school lunches and internet distribution during the pandemic, cooptation of a budget 101 event by a councilor, and bias in the selection of Community Relations Committee members.

“These issues we have mentioned, on their own, could be swallowed and considered isolated incidents, but the pattern of dismissal and silencing by our city representatives doesn’t only negatively impact AKINE,” said the group on the importance of City Council policies and actions that stifle dissent. This pattern, argues the letter, “is setting a precedent to open the door to … violence and intimidation from the police department towards residents of this community.”