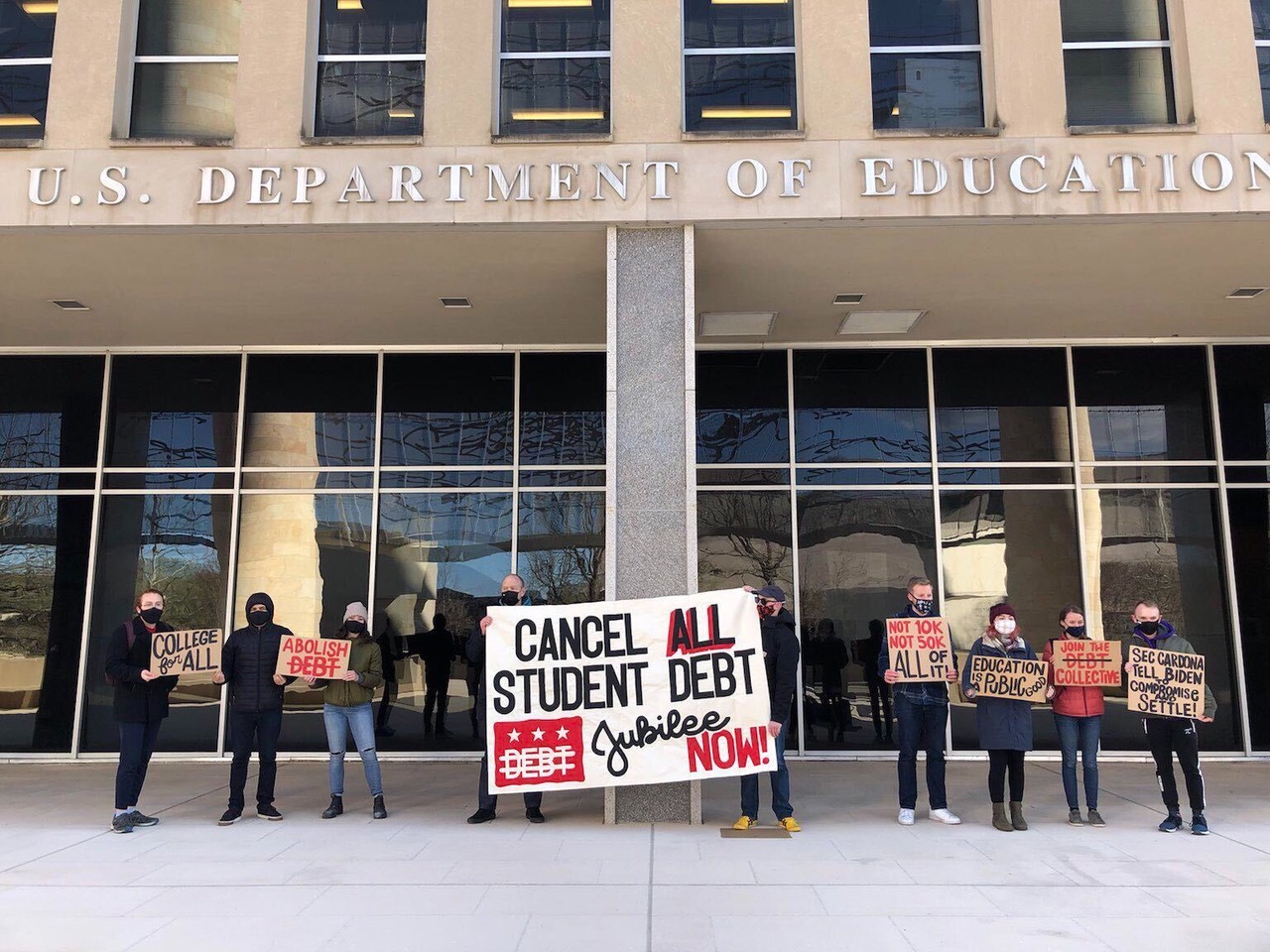 More than 55 percent of residents in Massachusetts have student loan debt, averaging over $33,000. In its resolution, the coalition — composed of more than 60 public and private sector unions in Western Massachusetts — argued that student loan cancellation would benefit all people from all demographics, help in the fight for racial justice and boost the economy.

“Canceling student debt will provide relief and invigorate the household budgets of millions of working people across the country,” said Lydia Wood, executive director of WMALF. “We need President Biden to act now to forgive student loans, jumpstart our economy and free millions of Americans from a lifelong burden of debt.”

About 43 million people in the United States have student loan debt, and the majority of Americans support some form of student loan forgiveness. Overall, Americans collectively owe about $1.6 trillion in student debt.

The crisis is often framed in mainstream media and the political sphere as an issue that primarily impacts traditional four-year undergraduates and Ivy League students, said Ian Rhodewalt, a delegate of WMAFL who introduced the resolution. But the impact is much more far reaching.

“The people most affected by student loan debt are the people who have to borrow the most in order to go to school,” which includes people who attend vocational school, technical school, two-year associate degree programs, community college, or don’t finish a program, Rhodewalt said.

Student debt is also an issue of gender and racial justice, as well as a problem for Americans seeking social services as they get older.

Nationally, women — particularly Black women — are disproportionately affected by student loan debt. Two decades after taking out loans, the average white borrower has paid off 94 percent while the average Black borrower still owes 95 percent, according to a 2019 report from the Institute on Assets and Social Policy at Brandeis University.

One in five Americans over the age of 50 are still paying off student loans, Rhodewalt said. If these borrowers fall behind on payments, they can be subject to Social Security garnishment, which is when a portion of a person’s Social Security benefits are taken to pay off debt. In 2015 alone, 114,000 borrowers faced garnishment.

Advocates also cite research that estimates student loan cancellation would boost the economy by $108 billion a year by freeing up money that’s spent on debt servicing, narrowing the racial wealth gap and creating a million jobs in the process.

Supporters of student loan cancellation argue that under the Higher Education Act of 1965, the president has the power to cancel federal student loans: the Education Department has the authority “to modify, compromise, waive, or release any right, title, claim, lien, or demand, however acquired, including any equity or any right of redemption.” Though a straightforward interpretation of the text supports student debt cancellation, opponents argue that it cannot be used to enact wide-scale cancellation.

The resolution also called on all labor organizations nationwide and elected officials across Massachusetts to urge the president to cancel student debt. Many state officials, including Reps. Jim McGovern and Ayanna Pressley, as well as Sens. Ed Markey and Elizabeth Warren, have been outspoken supporters of the movement for years. The labor federation also specifically called on Rep. Richard Neal and Gov. Charlie Baker, who have not voiced support for federal student loan forgiveness, to urge the president to take action.

Advocates across the country often cite a memo sent to Warren in 2020 as an explanation for the legality of the president’s ability to cancel student debt. The memo, which was prepared by members of the Legal Services Center of Harvard University Law School, addresses Warren’s proposal for student debt cancellation while campaigning for president. In the plan, the president would direct the secretary of education to cancel up to $50,000 in debt for 95 percent of student loan borrowers — and any similar action, the memo argues, could be upheld.

The Biden administration used the same legal authority to prevent interest from accruing for borrowers during the pandemic, legal experts said.

In October, a memo from the Biden administration with the subject line “The Secretary’s Legal Authority for Broad-Based Student Debt Cancellation” became public. Though the memo — which was sent to the secretary of education in April — was heavily redacted, advocates of debt cancellation say its very existence proves that the administration’s lawyers have considered the possibility and determined that Biden has the ability to take action.

Matt Berg is a journalism student at UMass Amherst, his work has appeared in The New York Times, The Boston Globe, The Daily Beast, MassLive, and other publications. Photo used with permission from The Debt Collective.