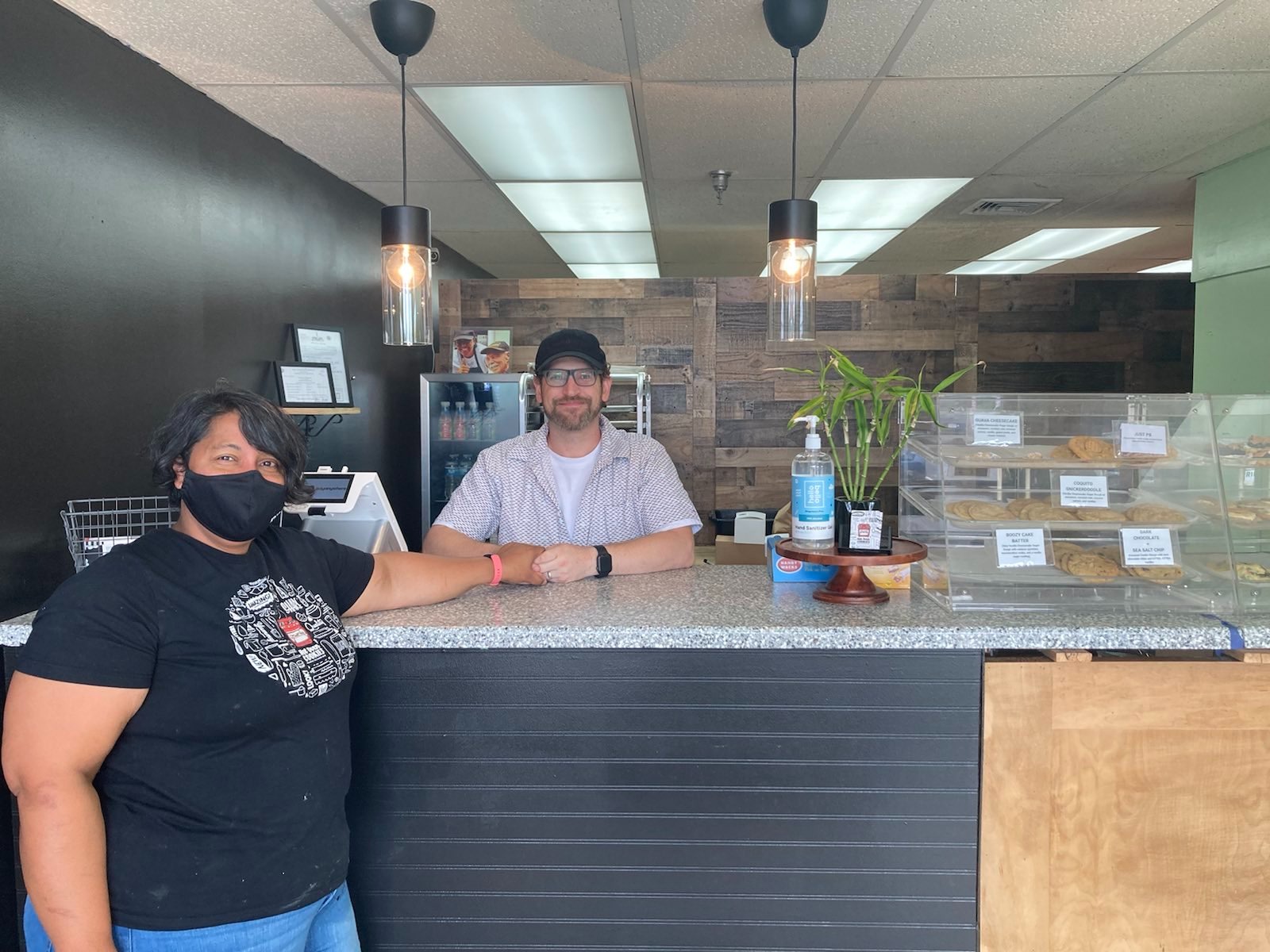 Minority-owned small businesses in Holyoke and Springfield struggled to access pandemic relief funds. Many business owners were unable to access Paycheck Protection Program (PPP) loans and grants from the Restaurant Revitalization Fund (RRF), designed by the SBA to help struggling small businesses. In Hampden and Hampshire Counties, an estimated 33.7% of eligible businesses in majority-white census tracts received PPP funding. In tracts that are majority-minority or have no racial majority, that number was only 26.2%. This trend is repeated nationwide: a May 2021 analysis by Reveal News found widespread racial disparities in the distribution of the loans.

Minority business owners, who already face the longstanding racial inequities that define US socioeconomic strata, were hit hard by the COVID-19 pandemic. The Shoestring spoke to businesses who struggled to access Covid relief monies about their experiences navigating applications for loans and grants while struggling to stay open during the pandemic. “Everything went up, even the price of simple things like frying oil went from three gallons for 20 bucks to now you’re paying $50 for those three gallons,” said Melvin Lockett, owner of Khi and Eli’s Food for the Soul, which has locations in Holyoke and Springfield. Lockett did not receive any PPP funding because the money had run out by the time he applied.

Recovery funding was critical for businesses that were able to access it. Erika Matos, owner of Top Flight Nutrition, a smoothie and tea bar in Holyoke, was able to contribute to her community with the PPP loan she received. “We did have to change our hours and it was a challenging time,” Matos said, “but within the community, we actually paid it forward to our nurses, especially being across the street from the Holyoke Health Center.” She got her PPP loan with the help of her bank.

Lockett was hopeful when he heard about the RRF grants, which were designed to prioritize applications from minority-, women-, and veteran-owned businesses. This funding was delayed by a group of lawsuits claiming that the process was discriminatory against white men, and by the time the SBA had distributed funding to those white male-owned businesses, many members of the original priority groups were left with nothing. “I applied the first day,” said Lockett, “and then once that lawsuit hit, it was like, ‘okay, we’re stopping all minority owned businesses, all veterans, and all women based businesses, you guys are going to go to the back of the line. We’re going to take these other people, non-minority owned, non-women businesses, put them in front of the line—Oh! We ran out of money! So we’re sorry, you can’t get no money now.’” He had hoped to pay off bills and pay his staff with the grant money, but without it he was forced to decrease the number of employees at Khi and Eli’s.

In Northampton, the whiter and wealthier city north of the so-called “tofu curtain,” more businesses had access to government funding. Bud, an owner of Inspirit Crystals, had some difficulties navigating the first round of PPP loans but said the process for the second round went much more smoothly. She received funding during both rounds, which allowed her to stay open with different hours and staffing.

Sheila Coon, owner of Hot Oven Cookies in Springfield, was awarded $40,000 by the RRF––but after the lawsuit, her grant was rescinded. “We’re woman owned, minority owned, and veteran owned. My husband served in Afghanistan, he’s a disabled veteran. So when we were told about the RRF, we applied immediately,” said Coon. “As a matter of fact, I was in New Jersey, and I pulled over into a parking lot. And I set up and I applied 10 minutes after the portal opened. So I applied and then maybe two weeks later, we got approved for a good chunk of money.” The distribution of that money was then delayed by the lawsuit. “Then they just told us to wait, we would get the money within three to four days. And then we called back, and it was seven days. And then it was 10 more days.” Ultimately,  Coon never received the money.

“I don’t want to be pitted against anybody, because we’ve all suffered,” said Coon. “It really sucks. But the SBA was correct in that they set aside this priority period, because I’ll be honest with you, women of color, and people of color, have a hard time getting any help.”

With the grant money that she would have been awarded, Coon planned to buy a second trailer to add to the one she already operates, in addition to her two storefronts in Springfield and one Hadley location. She planned to hire more staff as well. “It’s really important for me to be able to create jobs, specifically leading with single parents, only because I know the challenges that they have. We were prepared to hire three or four new people. And we can’t.”

Coon’s bakery also missed out on the second round of PPP loans due to bureaucratic errors. “We applied for the first round of PPP, and we got it. And then the second round of PPP, we were given some erroneous information, and we lost out on $13,000, which really could have helped us,” she said. A contractor who processed loan applications for her bank told her that she needed many more forms than she had previously prepared, and by the time her bank determined that the documents weren’t actually necessary, the money had run out. Coon plans to develop Hot Oven Cookies into a franchise network, with the first stores operated by two of her children. Still, the struggle to find assistance during the pandemic has been hard on her. “My heart is broken,” she said.

Avery Martin is a researcher and reporter at The Shoestring and a student at Mount Holyoke College. Photo courtesy of the author. This story was completed with information from Reveal’s Reporting Networks.