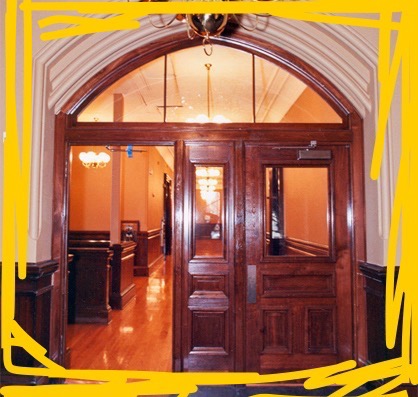 Rent control rules, which were barred in the Commonwealth by ballot initiative during the go-go 1990s, could allow cities to establish benchmarks for how much rent could be raised year over year. As order-sponsor, Councilor-At-Large Rebecca Lisi put it in an email, having such rules in a city like Holyoke would have the advantage of allowing the city, “to grow economically while protecting economically vulnerable residents who already live in our communities.”

Lisi noted that her proposals follow another proposal put forward by herself and Ward 2 Councilor Nelson Roman last year. “Councilor Roman and I filed an order for local rent control ordinances last year and we learned that the state has banned rent control policies unless the municipality compensates the property owner for their losses. So, locally we cannot move forward on rent control ordinances until the state ban is lifted, which is why my orders ask our state delegation to move to delete or modify the state statute that prevents us from managing the issue locally,” she said.

Lisi’s two current proposals included one recommending the wholesale repeal of state rules banning rent control, and one recommending a carve-out for “Gateway” cities. That latter distinction refers to 26 cities around the commonwealth that are recognized by the state legislature as former regional industrial hubs that have been hit hard by deindustrialization over the last half-century or so. “If a complete deletion of the statute is not possible then I ask the state delegation to consider modifying the legislation to carve out an exemption for the Gateway Cities across the state that have share a similar industrial history with Holyoke,” she said.

Lisi stated that she did not put forward her proposal as part of a coordinated effort with other Gateway Cities, which locally include Chicopee, Springfield, and Westfield. “I’m unsure of what other Gateway Cities are doing in the presence of the state legislation that prohibits rental control policies,” she said.

Without a significant coordinated state-wide campaign, it is unlikely that there will be any movement on rent control any time soon, especially in light of Republican Charlie Baker’s recent reelection, not to mention the fact that Holyoke is represented in the senate by conservative Republican Don Humason. Also, rental property owners have been known to organize.

Nationally, rent control has been receiving increased attention due to recently-failed California ballot initiative which would have expanded related rules there, as well as due to general concern about skyrocketing rents across the country. As a policy solution, it remains controversial, with studies suggesting that rent-control measures reduce evictions, but can also make market-rate housing more expensive.

The impacts of rent control have been deeply studied and considered in communities like Boston, Seattle, New York, Los Angeles, and San Francisco, however, it is not immediately clear if such measures have been considered for the precise purpose that Lisi is proposing. It looks like a long shot, but one wonders if policy flexibility on rent control could be beneficial to a city like Holyoke in order to maintain economic and social stability during a period of expected economic growth.

David T. is the Holyoke Correspondent for The Shoestring.