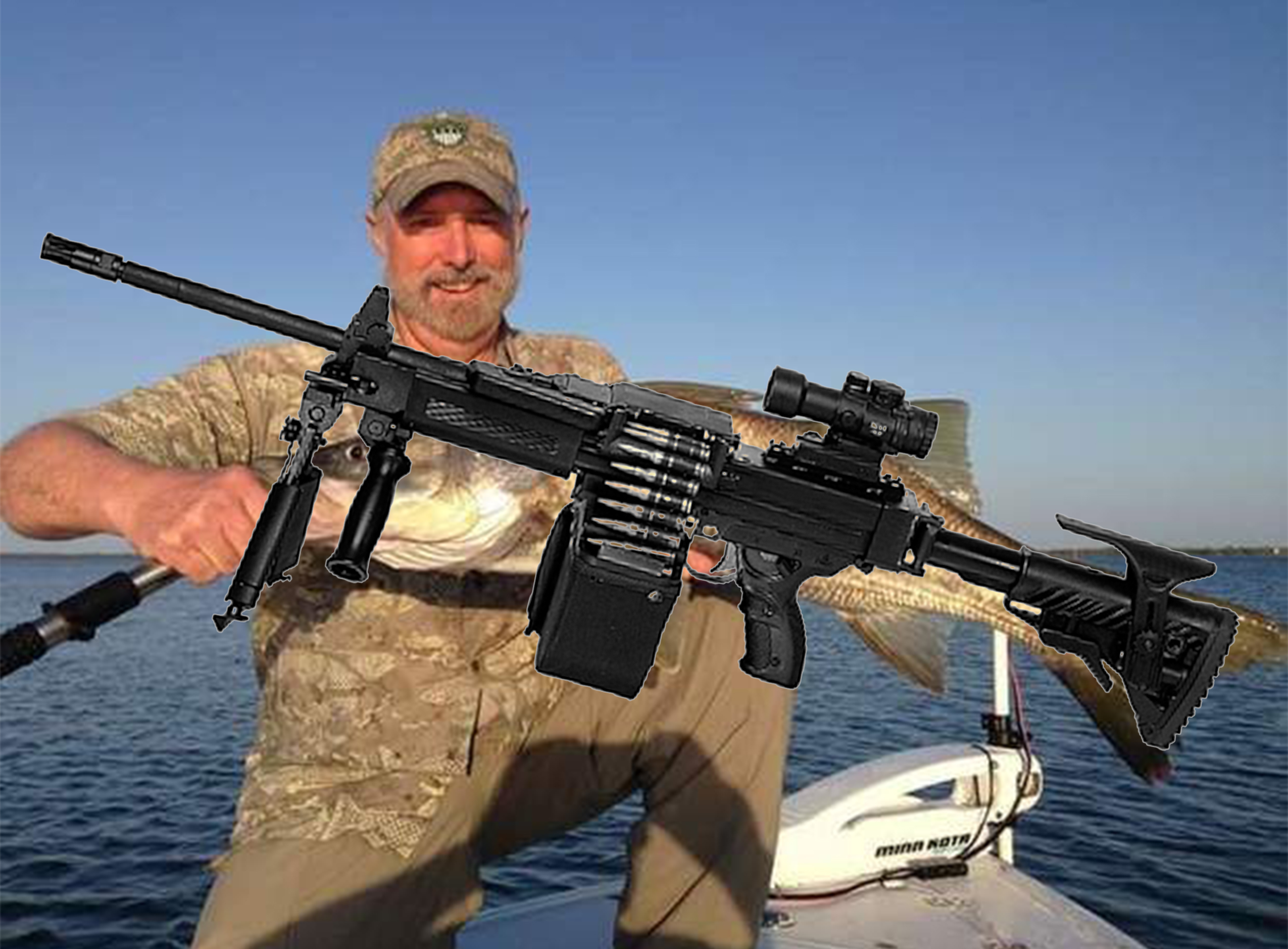 In July, Massachusetts Governor Charlie Baker appointed Ron Amidon (pictured above), the then-president of GOAL (Gun Owners’ Action League), the Commonwealth’s NRA affiliate group, to head the state’s Department of Fish and Game. The $27 million office is responsible for maintaining wildlife and fisheries and issuing hunting licenses. GOAL has lobbied aggressively to change the state’s fish and wildlife laws and has pushed for standard NRA-style legislation, including but not limited to attempting to repeal Massachusetts’ ban on assault weapons.

Amidon’s appointment went through with little fanfare or controversy. Of more than a half dozen reports reviewed by The Shoestring on the subject, only one noted that GOAL is an NRA affiliate, while none acknowledged their lobbying efforts. One report from MassLive labeled him a ‘gun rights advocate,’ but mostly journalists regurgitated text from a state-issued press release, emphasizing Amidon was a outdoorsman and a conservationist—not president of the state’s gun lobby. Most used a quote from the press release by Democratic state Sen. Anne Gobi, who has sponsored a bill supported by GOAL, and who praised Amidon’s “reasoned and ethical approach to dealing with issues.”

The headline in Worcester’s Telegram & Gazette read: “New commissioner Ronald Amidon has a passion for wildlife management, habitat protection.” And one columnist in the Berkshire Eagle gushed about his personal friendship with Amidon, noting time they spent together: “You get to know a guy that you share a lodge with in the middle of God’s Country.”

The appointment came at a time when GOAL is suing Mass Attorney General Maura Healey’s office over its attempt to ban copycat versions of assault weapons. Last summer, Mass gubernatorial candidate and then-Newton Mayor Setti Warren charged that Governor Baker was “rewarding” GOAL during the lawsuit, saying that, “At a time when the NRA is working to make our country and the commonwealth less safe, it’s absurd that Charlie Baker would reward the leader of their Massachusetts group, which has targeted Maura Healey and her staff, with a plum job running a state agency,”

Not wasting any time, Amidon’s new platform was used to boost GOAL programs. According to research by UMass graduate student and activist David Pihl (who contributed research to this report), soon after Amidon’s appointment, GOAL sponsored resources, including gun safety classes, were listed on the Department of Fish and Game’s website under “Gun Ownership in Massachusetts.”

After Pihl circulated a petition last month that has now received nearly 10,000 signatures, direct mentions of GOAL were removed from the department’s web page. Petitioners are still calling on Baker to withdraw Amidon’s appointment from the department.

Former State Sen. President Stan Rosenberg helped to rid the site of all GOAL mentions, charging that the use of “state resources to raise money for political purposes and to lobby on legislation are expressly forbidden.” Interestingly, Amidon belongs to the Otter River Sportsman’s Club, his local gun club in Templeton, Mass, where the website for that club actually thanks Rosenberg’s office for being “helpful in regards to many of our legislative efforts.”

The Shoestring contacted Rosenberg to ask about Amidon, and hasn’t heard back. We also reached out to the governor, and to GOAL, and heard back from neither.

As Pihl’s post-Parkland petition casts new light on Baker’s appointment of a gun lobbyist to run a state agency, it is worth revisiting Amidon’s lobbying career, and how his organization worked to directly influence policy in the office he now runs.

According to state records, GOAL has spent $350,000 on lobbying expenses since 2013. They back bills ranging in nature from “increasing penalties for discharging a firearm into a dwelling, residence, or structure where persons reside,” to “an Act relative to gun safe [tax] deductions.” According to the official description of their activity, their efforts also include “working on all areas of interest to lawful gun owners including … Fish & Wildlife legislation, regulation and policy.” With Amidon at the state, current GOAL President Jim Wallace is listed as the group’s lobbyist with the SEC; earlier this month, he was on Beacon Hill advocating for the mentally ill—not to get proper health care, but to own guns.

GOAL has been a staunch supporter of defending the right to own AR-15s, and has challenged the state’s assault weapons ban. Furthermore, they’ve engaged their membership with a campaign on “the truth about assault weapons,” designed to temper distortions the “media, politicians, and gun control advocates” tell about them. The campaign offers broad claims about how Bill Clinton’s Violent Crime Control and Law Enforcement Act of 1994—a federal assault weapons ban—didn’t work. In asserting that weapons bans don’t work, GOAL cites shrinking crime rates, which have been falling sharply across the board since the early ’90s. The conclusions of said ‘truth’ campaign include anecdotal findings that some politicians and media figures don’t understand the difference between M-16s and AR-15s. GOAL has also supported legislation to undermine sovereignty at the local level. A bill ironically titled “An Act Relative To Constitutional Rights,” which was introduced in December by Democratic state Rep. James Miceli, would remove local authority to create or enforce gun laws.

GOAL was started in the mid-’70s, when the modern Second Amendment movement was born out of, among other things, a backlash against the Black Panthers and black people exercising their right to bear arms. In contrast to left-leaning groups that are sometimes ambivalent about electoral politics, GOAL’s raison d’etre is to influence policy. Both GOAL’s website and blog feature multiple asks for visitors to contact their lawmakers and advocate for pro-gun policies.

According to their website, GOAL boasts 14,000 members whose dues—along with other sources, like corporate donations—make up their annual budget, which was $716,044 in 2016. In addition to routine pleas to contact representatives, members get other perks, like invites to GOAL events such as the (recently postponed) Concealed Carry Fashion Show, raffles of pre-ban AR-15s, and other guns, some of which—like those made by Smith & Wesson and Savage Arms—are made locally. (For more on our local gun industry, see Ted McCoy’s Shoestring piece ‘Welcome to Guntown.’)

As students walk out nationally to protest gun violence, they have also put a target on the gun lobby, and the corrosive effect it has on democratic institutions. Their protests have further solidified the correlation between money and influence on politics and the violence that stems from it. Pihl’s Moveon.org petition raises new questions about NRA lobbying efforts right here in Mass, and thousands have already signed it, saying Amidon has to go.

Will Meyer is an editor of The Shoestring. David Pihl contributed research to this report.

This article was produced in collaboration with the Boston Institute for Nonprofit Journalism.