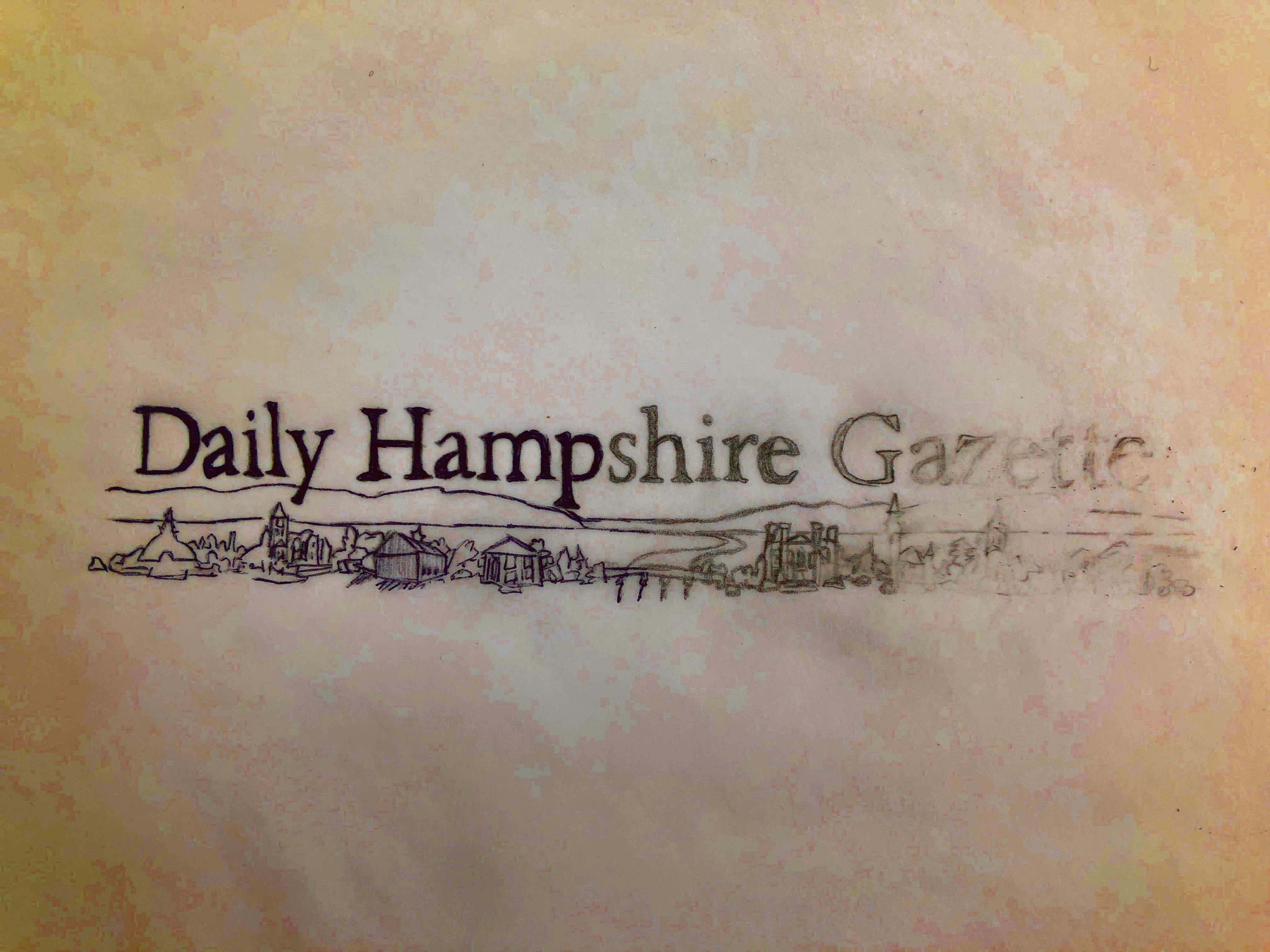 How will the Daily Hampshire Gazette  preserve local news in a changing economy?

COVID-19 has brought our local economy to a halt, revenue at the Daily Hampshire Gazette is down, and consequently, last month the paper laid off 10 employees, cut hours for its press operators, and cut management pay across-the-board. According to publisher Michael Moses, who The Shoestring interviewed, the recent decision to downsize staff and cut hours is, “100% associated with a significant reduction in advertising revenue.” He expects the model of, “investing in local news gathering,” to work post-COVID, claiming, “This model was working up until COVID-19; and when we emerge on the other side of this, I expect it to continue to work.” But, mirroring other local publications nationwide, western Massachusetts news publications have been in an existential crisis for some time pre-COVID resulting in layoffs, office closures, and limited print distribution. As reported by Shoestring reporter Sarah Robertson, in an email to employees during the 2019 layoffs, Moses wrote, “As you may know, earlier today we eliminated positions in various departments at the Athol Daily News, Greenfield Recorder, and Daily Hampshire Gazette. Although we’ve made tremendous progress over the past year, we have not been immune to the advertising revenue challenges that all newspapers have experienced.” While reporting on the 2019 shutdown of the Athol Daily News, Moses told Robertson, “We’re living in some strange times.”

This week MassLive vice president of content, Ed Kubasiak published a letter from the editor asking readers to subscribe citing, “advertising, the overwhelming source of the revenue that supports our vital work, has been dealt a substantial blow.” According to CommonWealth, Local Media LLC, which owns MassLive, has sent an email to staff notifying them that many will be furloughed and have their wages cut. The Greenfield Recorder laid off three workers and the Berkshire Eagle  reduced the size of its print edition and introduced a 40-hour furlough to cut expenses.

Since the March 2020 layoffs, the Gazette has published a number of pieces explaining the difficult financial situation the paper now faces, the painful cuts it has been forced to make, urging its readers to subscribe. As of last week, the paper is also using the services of Local Media Association (LMA), a non-profit based in Lake City, MI, to collect tax-deductible donations that will specifically fund local COVID-19 coverage. Considering the recent series of events: the paper’s increase in promotions for donations and subscription drives, the cuts to its workforce, and its recent venture into non-profit funding partnerships, the way the Gazette is funded may change and change fast. So, what’s next, or what should be next in the effort to preserve and sustain local news? It depends on who you’re talking to. I spoke to the publisher, the union steward, and laid off workers about the future of news for the Gazette in a post-pandemic world.

Given the aforementioned advertising cuts, I asked Moses, the publisher, whether the paper is exploring alternative revenue models, he told the Shoestring, “I view the financial challenges as directly related to the pandemic. My methodology behind a sustainable business model, pre-pandemic, was to invest in local news gathering, for papers our size, we have a very deep newsroom,” adding, “This model was working up until Covid-19; and when we emerge on the other side of this, I expect it to continue to work.”

But, as seen in staff cuts due to decreases in advertising revenue, this model wasn’t really working before COVID intensified these problems. And, Moses’ expectations don’t account for the broader economic deprivation now upon us. Non-essential businesses remain closed, Massachusetts unemployment numbers at a record high continue to rise, economists warn of a global recession, and the coronavirus is still spreading, making news gathering all the more essential and precarious at the same time.

Pioneer Valley News Guild union chair and news reporter Bera Dunau stressed individual reader accountability through paid subscriptions as the Gazette’s most needed resource right now, “If people want to continue to have a good strong community newspaper, also a good strong unionized community newspaper, in their midst, if they are not financially supporting us, they need to start financially supporting us.” He added, “This came out of an extraordinary circumstance, a once in a hundred year storm if you will. This was not expected or predicted. Our hope is that we come out of it and once we do that everyone who wants to come back will be able to come back.” In negotiations with management, the PVNG was able to win it’s six members 90 more days of health insurance and a legally binding commitment from management to offer their positions back when the time comes. But will putting pressure on its financially taxed readership to subscribe be the catalyst that brings those six positions back?

Former Gazette sports writer Kyle Grabowski and former editor at the Valley Advocate Dave Eisenstadter who were both laid off by the Gazette in March and look forward to being rehired when the time comes, also weighed in on how to preserve local news amidst the COVID-19 economic crisis. Grabowski noted that publications are trying to preserve local news by cutting non-news department positions like his in order to spare cuts to the newsroom. All six Gazette journalists that were laid off came from the Sports and Features department, begging the question, how much less coverage on sports, culture, history and arts will we see post-COVID?  Among Grabowski’s suggestions to preserve local news were to, “think outside the box,” “look at other revenue streams,” and, “be creative.” Eisenstadter acknowledged the “trickiness” of news funding, “How you fund news, who is writing the check there, there is always a little bit of discomfort about where that comes from because you don’t want to introduce bias into your news coverage.”

When asked, Grabowski and Eisenstadter both agreed that local news is a public good. Grabowski noted the role of local news as a watchdog, “the institutions are not going to hold themselves accountable.” He also questioned whether the profit motive can exist any longer, “For a while it was profitable to do news and local news. Now it isn’t necessarily profitable and maybe it shouldn’t be profit that we are after, but searching to be able to keep doing because much like your internet access or your water, information is something that you need to have access to in the world we live in.”

Eisenstadter believes that with safeguards in play, there is a role for the public sector to play in the funding of local news with, “certain caveats that politicians are not going to influence the news by choking off funds to certain publications,” and he noted the need to avoid a, “state run news service that doesn’t provide accurate information or writes propaganda.” It is worth not forgetting that in the U.S. from 1790 to 1875, through government printing contracts, news publications received a postal subsidy that reduced postage fees by as much as 90 percent. Western Massachusetts resident and local news advocate Josh Stearns notes in his recent coverage of breakthrough legislation to expand access to civic information in New Jersey, papers are beginning to call on government for funding again, “In response to the vital role journalists are playing at the same time as they’re facing steep losses in revenue, commentators in the Washington Post, The Atlantic, and Columbia Journalism Review have called for new ideas for government funding that can preserve vigorous, independent local news.”

Along with being an invaluable local news publication sourced largely by its unionized workforce, the Hampshire Gazette is no doubt an institution itself, that has both received its funding from small businesses that advertise and has promoted the institutions that benefit those small businesses. When I asked Moses, “Do you believe that the Gazette can both profit from local business advertisements and remain independent from local business interests?” He answered, “We don’t function another way, so I’m not sure what this means?”

Around the country publications are experimenting with funding through non-profit ventures, philanthropy, public funding including combinations of all of the above. Local news is an essential service that needs to be funded, now more than ever, and it remains to be seen how that funding will take form in the age of coronavirus. Here in Western Massachusetts, Eisenstadter shared candidly, “No one has figured out exactly how we are going to be able to maintain our local news system in a changing economy.”