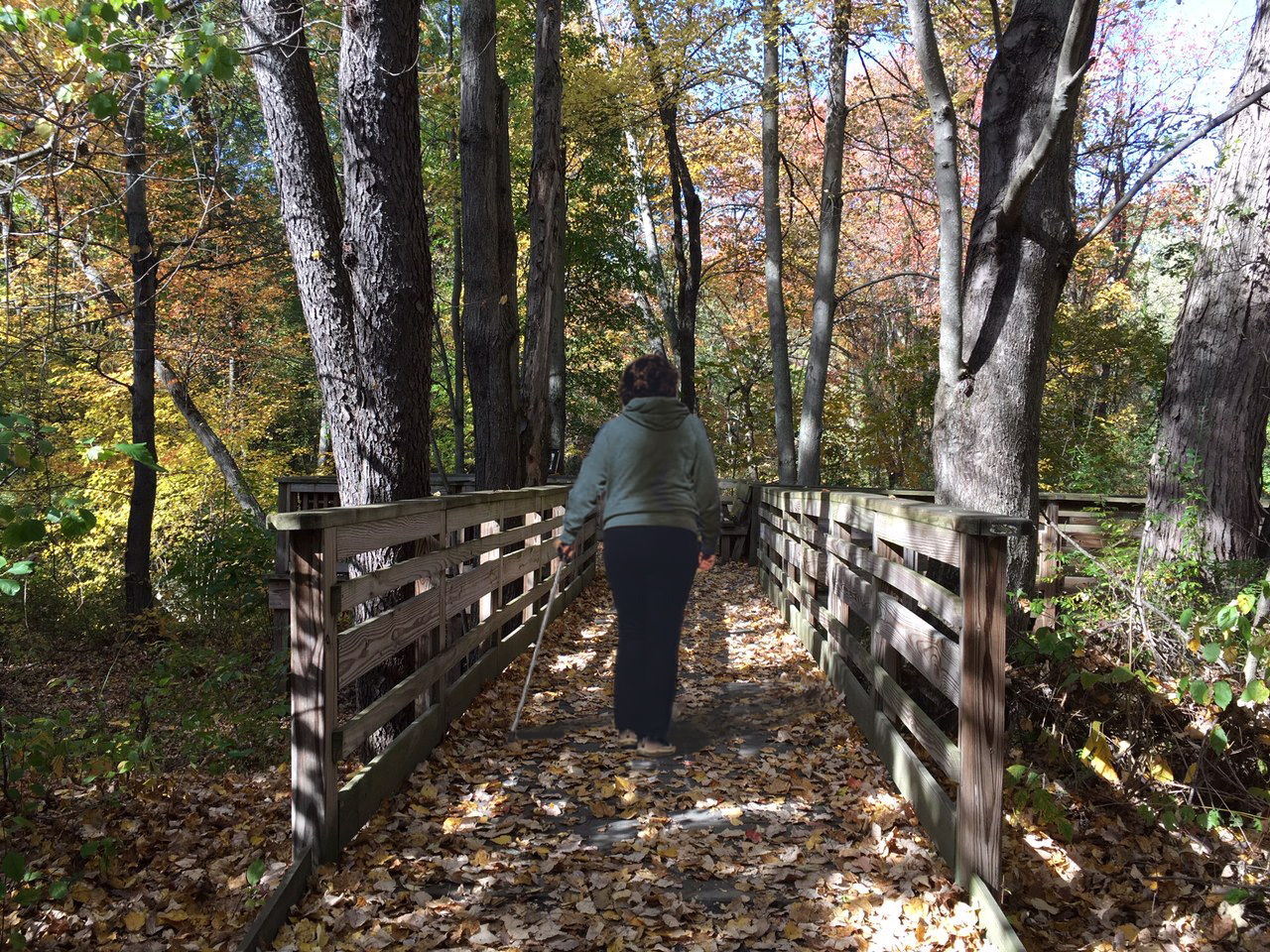 When Meg Bandarra’s mobility became limited a decade ago, she realized how inaccessible the trails in Northampton’s numerous conservation areas were. After years of trying out different natural trails, she discovered that — despite being open to the public — none were entirely accessible for much of the city’s population.

Since then, Bandarra has become an outspoken proponent for the implementation of what she calls unpaved, universally accessible trails. She created a website outlining the benefits of such trails and a petition to raise awareness. Because of her advocacy, Northampton could soon see its first such trail built that fits the needs of all residents.

“We have such wonderful natural spaces and add to our conservation land every year, but they’re not accessible,” said Bandarra, a city resident and landscape artist, in an interview with The Shoestring. “If you have mobility issues, you’ve historically been given the message that nature isn’t for you.”

Those who could benefit from unpaved, universally accessible trails include seniors, people with small children; those with disabling conditions such as limited mobility, blindness and low vision; and people who have balance issues, are neuro-atypical or have pulmonary issues. That accounts for 30 to 46 percent of Northampton’s population, Bandarra said, citing data from the census and Centers for Disease Control.

Accessible trails would be wider, flatter, offer places for visitors to rest and could include guide ropes for blind or low vision people. The trails would also be mindful of inclines and declines, allowing people with mobility devices like wheelchairs, walkers, scooters and canes to walk safely. In Northampton, advocates have pointed to the Fitzgerald Lake and Broad Brook area, as well as the former Rocky Hill golf course, as viable candidates for the trails.

Paths like the Northampton Bikeway offer some of these features, but people with limited mobility are largely alienated from accessing natural paths in conservation areas, which might not be as well-kept or planned as paved paths. Studies have shown that being exposed to natural environments has greater health benefits, including stress relief. Such trails can be found in surrounding communities including Amherst, Hadley, Easthampton, Goshen, Northfield and Holyoke.

In the past, opponents have claimed that implementing the trails would be expensive and disruptive to the environment, Bandarra said. More careful planning may be needed to make the trails accessible to different people, and they may take up more space because they’re wider than average nature trails.

But those concerns point to deeper societal issues, according to Bandarra.

Implementing new accessible trails “doesn’t have to be difficult and challenging, but that speaks to a larger issue,” she said. “[There’s] this ‘go out and conquer and be most physically able’ unconscious societal bias. But I think that societal standards are starting to change.”

Matt Berg is a journalism student at UMass Amherst, his work has appeared in The New York Times, The Boston Globe, The Daily Beast, MassLive, and other publications. Photo courtesey of Meg Bandarra.