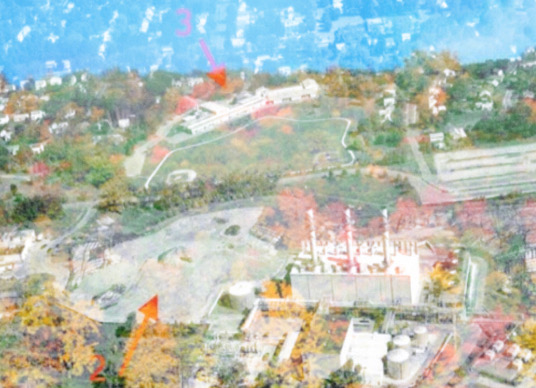 “What Really Happened” to the Berkshires

In mid-December 2018, NEPR published a five-part reporting series entitled “What Happened to You?: A Western Massachusetts County Takes on Trauma.” Reported by Karen Brown, the focus of this series was the “Trauma-Informed Berkshires” campaign, a public health awareness campaign launched county-wide in mid-2018 by both private and public community support services to address what the series describes as a “challenging shift” in the communities of Berkshire County. Broadly, this “challenging shift” is described as steep economic losses occurring in the 1980s, which gave way to deep psychic, as well as economic, wounds. The series provides glimpses into how various individuals are grappling with the application of a “trauma-informed” practice, including a foster family in Berkshire County, educators and administrators at the Lee Public Schools, a Pittsfield Cop, and a Pittsfield-based yoga instructor providing trauma-informed, drop-in yoga for the community. “Trauma-informed” practices have attracted widespread attention and gained popularity after public health research has emerged over the past two decades indicating that the proportion of the U.S. population which has experienced at least one adverse childhood event is far larger than previously thought. In covering this county-wide movement, would NEPR supply a hard-hitting series on the vast and complex roots of community-wide traumas, or would they instead supply tired tropes of Gateway Cities with little attention to the nuances of class, race, and forces of power at play within them?

I wanted to be excited about this project and its reporting. In my professional life, I have done mental health work, case management, in-home family care, and assisted on research examining relationships between biological and psychosocial factors of trauma. In many ways, this is work that means a lot to me, and it’s work that I know needs to be done carefully and attentively. My decision to write an article about this series for the Shoestring, then, means you can safely assume I found NEPR’s analysis to be more than lacking. At its best, the coverage in NEPR’s “Trauma-Informed Berkshires” series is docile and placating. At its worst, I would have preferred the tired tropes of a down-and-out gateway city, past its economic prime and facing scarcity of resources and capital (though to be fair, they covered these in the series, too). Instead, the NEPR series outright neglected the nuance needed to approach the traumas which are most actively shaping the lives of Berkshire County’s most vulnerable residents. The series misses an important moment to question the impact of structural powers—such as capitalism and policing—and how they laid the foundation for trauma to locate itself in the bodies of Berkshire County residents.

This article focuses on two key areas of criticism: first, the series’ locating the closure of two major employers in the Berkshires as the point of origin for trauma. This wrongly presumes that relative economic stability implied community health in the first place, and as I will illustrate, this is a far more complicated origin story. Second, the emphasis of a single Pittsfield cop mischaracterizes policing as a site of transformative community work, and does nothing to acknowledge how the same policing fuels the formation and subsequent growth of trauma in the most vulnerable communities. This takes on an even more detrimental tone when presented with the recent history of thwarted efforts in Pittsfield to reinstate a Police Oversight Committee, a fact which receives no acknowledgment in the NEPR series. What use is a community-wide conversation about trauma if we do not acknowledge the source of the trauma itself?

“The Dirty River:” Environmental Traumas and the Neglected Impact

Early in the series, Karen Brown identifies two sources of economic devastation that shifted the landscape of the Berkshires: the closure of two major employers in the 1980s, the Sprague Electric mill in North Adams and the larger General Electric plant in Pittsfield. At its height in the mid-20th century, the general General Electric employed 13,000 people, nearly a third of the town’s population at the time. Locating the trauma experienced en masse in the Berkshires within the closure of these sites, however, is only part of the entire narrative. Certainly, the closure of two major employers in an otherwise rurally located county can produce its own devastation. What is neglected in Karen Brown’s reporting, and equally important in understanding the trauma experienced by Berkshire county residence, is the environmental impact of General Electric’s presence in Pittsfield. PCB emission into the Housatonic River—which is a designated EPA superfund site—and the surrounding soil, continues several decades after the GE plant closed. Another superfund site (link to the Rose Superfund site), located in nearby Lanesborough, functioned as a dumping site for decades. This site continues to release toxins into the ground despite remediation in the 1990s.

Shortly after my family moved to the hilltowns in the early 2000s, I remember the father of a close family friend passing away. Born and raised in Pittsfield, he had worked for the General Electric plant for more than half of his life, living near both the plant and what I remember my mother calling “the dirty river.” His cause of death? Lung cancer, a suspicious cause of death for a man who had never smoked a cigarette in his life. I can’t say whether or not his cancer was the result of PCB exposure, but it isn’t far off to suppose that there was a connection: at least one study indicates positive associations between PCB exposure and the incidence of various cancers in plant workers across Massachusetts, New York, and Indiana.

The trauma-informed care movement centers primarily on psychosocial trauma and utilizes the biology of chronic stress to address trauma’s harm on the body, and by extension, the community at-large. But what about the trauma that is brought on by a corporation knowingly poisoning the community it exploited for profit? If we are are to address trauma in the Berkshires, it isn’t enough to speak nostalgically of the loss of industry; at least some of the harm that exists there comes from the powerful corporations who saw the population as nothing but a workforce, and the land as nothing but a dumping site.

The Yikes-Inducing Centering of Police

Police command the greatest attention of NEPR’s Trauma-Informed Berkshires series, with an entire segment, clocking in at 12 minutes, being devoted to a profile of a Pittsfield Police officer on the job. The time spent attending to the voices and perspectives of police officers offers little but at best, fluffy, and at worst, dismaying content: in the concluding segment, which addresses the challenges the county faces in applying the principles of trauma-informed practice into action, the Pittsfield Police Chief Michael Wynn speaks bluntly about his lack of empathy for opioid users, saying on the record that “[t]hey made a decision to use these substances. They made a decision to victimize their family.” Save the fact that this is an entirely incorrect take—it’s well understood that addiction is a disease and that a considerable portion of people navigating Substance Use Disorder for opiates were prescribed these medications carelessly by providers—NEPR doesn’t critically situate or interrogate this statement at all, and instead pivots to the integration of social workers on police calls, as if this were some sort of sign of growth.

NEPR had more than enough to write about when addressing the complex relationship between trauma and policing in the Berkshires. The same month that state agencies and private non-profts put on a “Trauma-Informed Berkshires” live community event at the Colonial Theater in Pittsfield, residents in the same town were coming together to call on the City Council’s Rules and Ordinance Committee to create a new Police Oversight Committee, after several concerns raised by community members, including the death of one civilian.

Instead of painting an over-embellished portrait of a “good cop” working tirelessly for the community, they could have addressed the continually rebuffed efforts of Pittsfield community members to hold the Police Department accountable in this struggle, even as many of these members brought their trauma to bear in their accounts of why a Police Oversight Committee is needed in Pittsfield. Rather than give a platform to a police chief who clearly just doesn’t get it, why not turn to the actual people encountering trauma as it unfolds, like the women in Berkshire County, locked up on bail, often at least a county away from their families? No matter how you cut it, a major opportunity was missed to critically address how policing, and the criminal justice system at-large in the Berkshires, is only continuing to perpetuate the cyclic nature of trauma.

The Substance Abuse and Mental Health Services Administration (SAMHSA), the federal agency that overlooks U.S. mental health care, articulates several concepts of trauma-informed practice that have served in part as the foundation for the incorporation of trauma-informed projects country-wide. Most striking on this list is the last point: that trauma-informed agencies, systems, and programs should seek to actively resist re-traumatization. A 12-minute piece that tries to paint a cop as a “good guy,” reporting that uncritically situates the problematic views held by the police chief of the county seat, and publicity stunts using shoes to quantify the number of children who have experienced child abuse in the county do anything but actively resist re-traumatization. The flaws of this series beg the question: what does trauma-informed journalism require of writers? What does it require, in re-thinking and re-distributing power at the community level? Trauma-informed reporting requires a willingness to go to bat against powerful systems—whether they are corporations, policing, or even the non-profit industrial complex—in the name of writing against, and centering, the traumas that these powerful structures impose on the individuals caught in their webs. NEPR’s reporting neglected to handle the Trauma-Informed Berkshires campaign with the tactful reporting that it deserves. Instead, the reporting in the series lets the institutions which have chronically traumatized Berkshire County residents off with a pass from accountability, while simultaneously giving these same institutions control over the narrative. What readers, and Berkshire County residents, are left with is an analysis bereft of its claws.

Katlyn Anderson is a student at Hampshire College.

The Shoestring is committed to bringing you ad-free content. We rely on readers to support our work! Please donate to The Shoestring onPatreon.