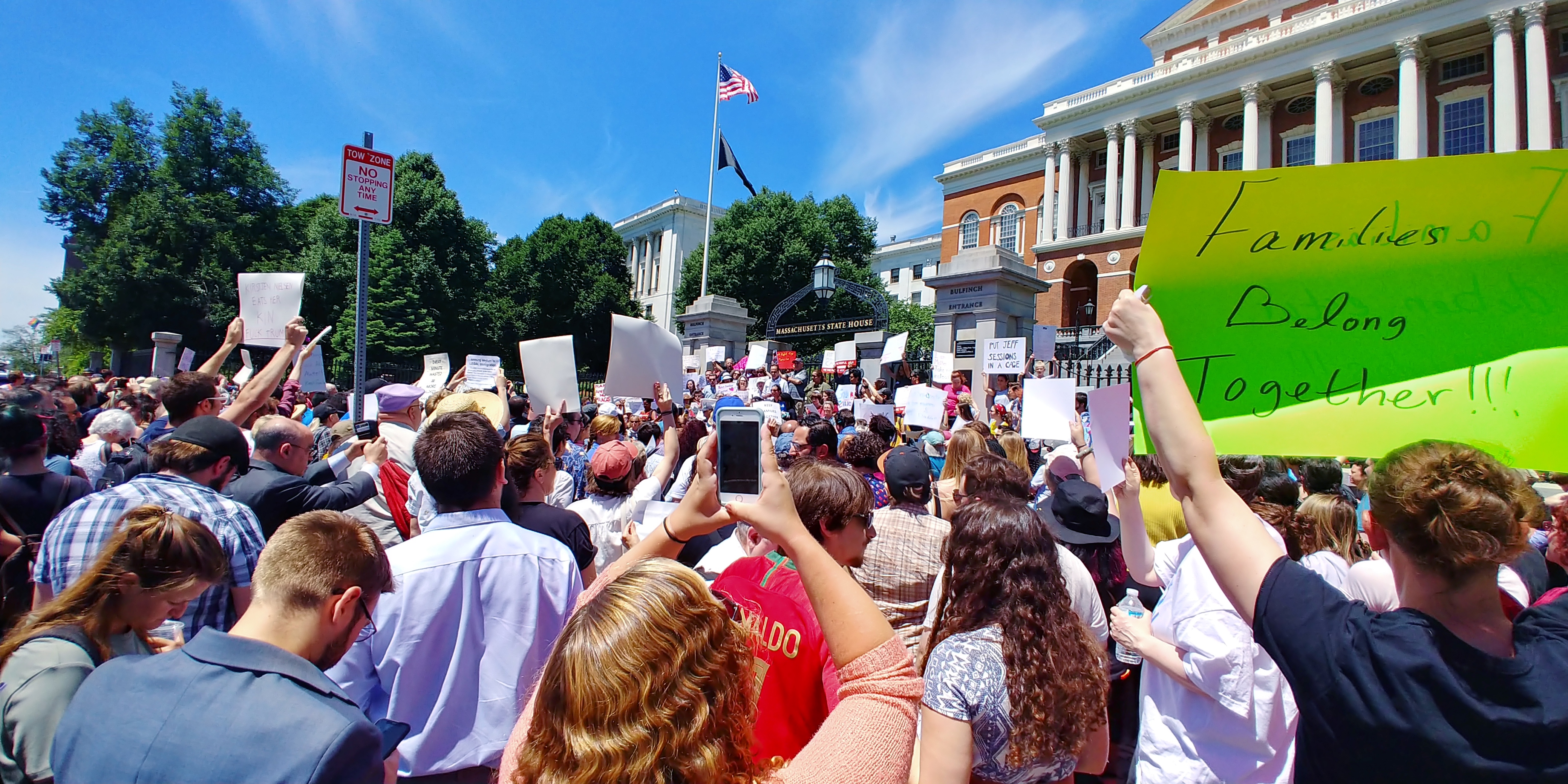 How state public records law is aiding ICE in Massachusetts

BY MAYA SHAFFER OF CRITICAL MASS

[We are pleased to share a piece from our friends at the Boston Institute for Nonprofit Journalism. While the peg for this piece is in Boston, we believe it has statewide implications and is worthy of attention. Thanks for reading.]

It’s widely known that the Trump administration is holding immigrants indefinitely in camps on military bases, while the president has called for the deportation of detainees without due process.

What’s less known is that here in Massachusetts, our feeble public records law is helping to bolster these efforts by obscuring the process through which local officials share information with US Immigration and Customs Enforcement (ICE).

News last week about the deportation of a Boston Public Schools student sparked public outrage when it was revealed that an incident report written by an East Boston High School resource officer was used against the student in a deportation hearing. A pending lawsuit, filed against BPS by attorneys from the Center for Law and Education and the Lawyers’ Committee for Civil Rights and Economic Justice, is seeking the release of records related to how the resource officer’s report was sent to ICE. The suit alleges that the information was turned over by the Boston Police Department-run “fusion center,” better known as the Boston Regional Intelligence Center, or BRIC.

Boston is a so-called sanctuary city. In 2014, Mayor Marty Walsh, along with all 13 city councilors, passed the Trust Act, which in theory blocks police from detaining people based on immigration status unless they are wanted on a criminal warrant. But as DigBoston and Critical Mass have reported, under Walsh’s watch the BPD has worked with ICE numerous times to turn over immigrants facing only civil charges for deportation.

This history of this administration working with the feds runs counter to the mayor’s public comments and the city’s sanctuary status. The only way to comprehend the breadth of the cooperation is to see the actual records and communications between BPS, BPD/BRIC, and ICE. In Massachusetts, though, it could take months to get those records—if anyone ever gets them at all.

The aforementioned lawsuit was brought by attorneys after they were unable to obtain records through the public records law. In the East Boston High School case, ICE used an incident report made by a BPS resource officer in an immigration case against a BPS student. Attorneys filed a public records request trying to shed light on how information flows through BPS to BRIC, and ultimately to ICE.

Before they filed the lawsuit, the civil rights attorneys first attempted to get the state to enforce the records law by filing an appeal with the records division of Secretary of the Commonwealth’s office, which oversees the state’s public records law. On Feb 20, the suing attorneys won the appeal and BPS was ordered to turn over the records sought within 10 business days. Orders from the records division are rarely enforced, as the current dysfunctional law leaves the enforcement up to the attorney general’s office. The records division often refuses to send orders to the attorney general’s office, but even when they do, the AG’s office refuses to enforce almost all of the orders. Filing a lawsuit is slow and cost prohibitive in most cases, but it is the only real chance at obtaining records that an agency refuses to turn over.

Based on information contained in the order, it appears that the city maintains a database called “Boston School Police Department of Safety Services, Incident Report System,” into which resource officers can enter incidents involving students. ICE reportedly obtained such a report and used it at a hearing in the BPS case. It would appear that any incidents filed in such a system would be accessible to the BRIC, which is run by BPD. The BRIC is an information hub, designed amidst the war on terror, that gathers and passes intelligence between law enforcement agencies at the federal, state, and local levels, and which also works in partnership with private sector interests. Among other examples, BRIC has been found to monitor activists and journalists (see ed. note below), and to spread information about those nonviolent persons widely.

I’ve filed my own records requests to both of the state’s fusion centers, as well as a request to BPS. The second fusion center is run by the Massachusetts State Police and could be working widely with schools and/or school resource officers across the state. The dysfunctional transparency law gives these agencies months to produce records and allows them to never produce records at all under many circumstances.

Unfortunately, there will likely be a long wait before we find out if the public will get to see the records that could show us—definitively—who is leaking student info to the federal agencies indefinitely detaining people. Until then, it’s safest to assume that anything documented by law enforcement officers, including those employed in Massachusetts schools, is accessible by ICE and that students in schools that employ resource officers face possible exposure.

This is a critical time in our country. We are witnessing the end of due process and the beginning of indefinite detention in internment camps. Without transparency, we are allowing actors within our local government to support this historically horrifying agenda without consequence.

Ed. note: The author of this piece has a years-old privacy complaint pending against the BRIC. She was monitored as a journalist whose work was critical of the BPD’s systematic violation of the Fourth Amendment at pedestrian checkpoints. BRIC spread her information and information about her former media outlet widely to law enforcement agencies and likely to the military. The BRIC later boasted about tracking her in a conference at DHS headquarters.

This article was produced in collaboration with the Boston Institute for Nonprofit Journalism. If you want to see more reporting like this please consider supporting local media at givetobinj.org.