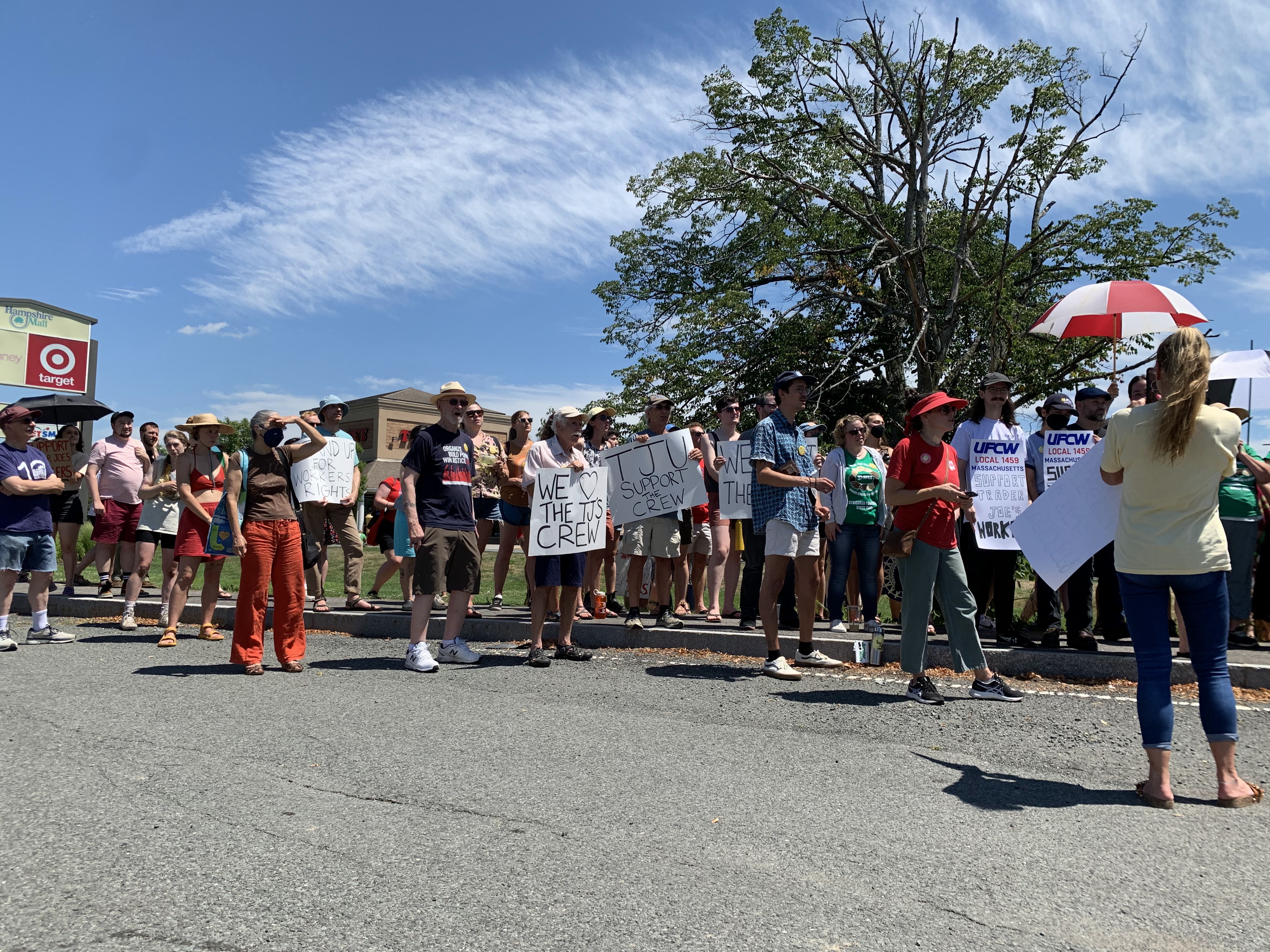 HADLEY — Trader Joe’s workers in Hadley are heading to the bargaining table for the first-ever labor negotiations with the company. And they won’t be alone.

Three months after the supermarket-chain employees voted 45-31 in a historic election to form the independent union Trader Joe’s United, they are sitting down with management on Thursday and Friday at Smith College. They’ll be joined by fellow Trader Joe’s United members from Minneapolis, who voted 55-5 to unionize just two weeks after the Hadley workers won their union.

Maeg Yosef, a longtime crew member at the Hadley store and union organizer, said that Trader Joe’s United members insisted on joint bargaining. She said the workers share issues and wanted to stand together to address them.

“We feel we’re stronger together as a union,” Yosef said. “We are feeling really excited and we’re optimistic that we’ll sit down with Trader Joe’s and both sides will bargain in good faith.”

Workers at the Hadley store have said that they are organizing for better worker safety, benefits and wages. Ahead of their union vote this summer, they expressed concerns about recent cuts the company had made to health-care and retirement benefits.

Trader Joe’s did not respond to a request for comment on this story.

The negotiations at Smith College come a week after a setback for Trader Joe’s United in Brooklyn, where workers voted 94 to 66 against joining the union. Organizers there said that management learned of their union drive before they could talk to all of their coworkers, and soon after fired a prominent union supporter, according to The New York Times.

Currently, Hadley and Minneapolis are the only stores to unionize at Trader Joe’s, which has more than 500 locations and 50,000 employees.

Since announcing their own union drive, crew members in Hadley have filed a slew of unfair labor practice charges against Trader Joe’s, alleging that the company has broken federal labor law by retaliating against union organizers, using coercive tactics to fight the union, making unilateral changes to working conditions and more.

Yosef said that despite the company’s past “union busting,” she and other organizers are hoping that the company sits down in good faith to bargain on Thursday and Friday.

“We’re happy to put all that behind us,” she said.

Workers have already hit some pushback from the company, though. Organizers say that Trader Joe’s refused to bargain in a hybrid setting, forcing Minneapolis employees to fly out to Northampton on their own dime for negotiations.

“Trader Joe’s must agree to hybrid negotiations if they are truly committed to the integrity of the bargaining process!” the union said on social media Wednesday.

Trader Joe’s is employing the behemoth global law firm Morgan Lewis & Bockius during negotiations, according to the union.

Morgan Lewis has a history of opposing labor unions. In recent years, McDonald’s used the firm’s services to fight against workers demanding a minimum $15 hourly wage and other job improvements. And in 2020, Amazon hired the firm to battle unionization efforts at its warehouse in Bessemer, Alabama.

Court finds unionizer’s activities to be harassment towards former supervisor By Jonathan Gerhardson WEST SPRINGFIELD — Dan Arlin had been a driver for UPS...