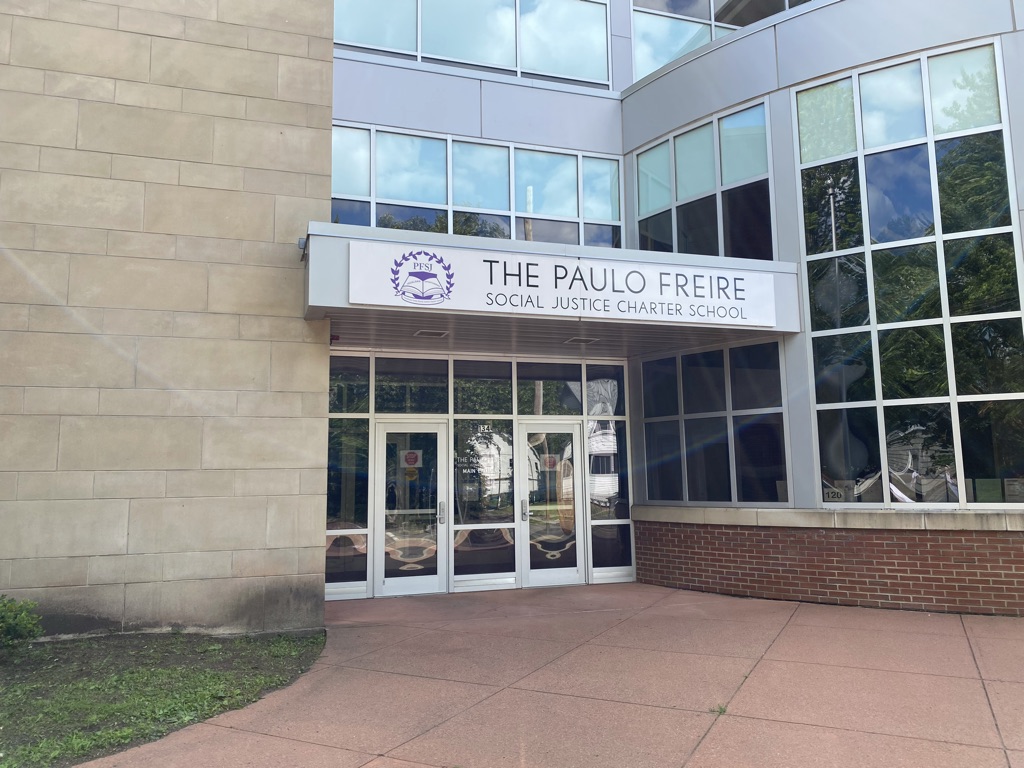 Administrators have surrendered the school’s charter, leaving students to find new schools and staffers out of work when the school officially closes by June 30.

BOSTON — The state’s education board voted Tuesday to accept the surrender of the Paulo Freire Social Justice Charter School’s charter, meaning that the school will close at the end of this semester.

“The school has been unable to attract enrollment sufficient to maintain financial viability and has faced other challenges,” state Commissioner of Elementary and Secondary Education Jeffrey Riley said at the education board meeting Tuesday.

In a letter sent to Riley, the school’s trustees said that DESE had placed the school on probation five years ago, giving the school “numerous conditions” to meet in order to have that probationary status lifted.

“Despite determined efforts to turn our school around over the last half-decade, we have not succeeded in doing so,” the letter said. “Therefore, we have come to the decision that it is in the best interests of the students whom we serve to close our charter school and to give them the opportunity to continue their educations at peer institutions in our region.”

Paulo Freire Social Justice Charter School Executive Director Gil Traverso did not respond to an email requesting comment on Tuesday. An email to the board of trustees also went unanswered.

Members of the education board offered no discussion of the charter surrender at their meeting Tuesday.

In a Jan. 19 memorandum detailing the challenges the school faces, Riley said that the school’s fiscal year 2023 budget was based on a projected enrollment of 280 students but that only 215 students were enrolled at the beginning of January. He went on to say that the education department will monitor the school’s cash flow closely “in order to support an orderly finish to the school year.”

“The Department will begin working with PFSJCS to facilitate an orderly closure by June 30, 2023,” Riley wrote. “The school and the Department will work closely with the school systems of Chicopee, Holyoke, and Springfield, where the majority of PFSJCS students reside, and we also will identify and work with other school options to provide information to families that will help them transition their students to new schools for the next school year.”

The school’s closure will come amid continued tensions between administrators and staffers who unionized in 2020 with United Auto Workers Local 2322 — one of only a few charter schools in the state to unionize. Soon after unionizing, in the summer of 2021, staffers accused school leaders of union busting when all 13 teachers whose contracts had expired that year were not brought back to teach. Union members and community members picketed in front of the building and filed labor complaints with the state, saying that the school — named after the radical Brazilian educator Paulo Freire — was not representing namesake or social-justice values.

“From the very beginning, teachers have been working to support students and have a voice that will allow [Paulo Freire Social Justice Charter School] to live up to its mission,” Patrick Burke, the president of UAW Local 2322, told The Shoestring. “And right now we’re working to make sure that teachers and other stakeholders have a voice in this transition.”

Dwaipayan Sen, a teacher at the school who joined the staff recently, acknowledged that the problems at the school appeared to be serious.

“I feel very sorry for everyone involved, including the management, because I know how much the school must mean for them,” Sen said. “I feel most sorry for the students. I feel sorry for my colleagues. We’ll all have to figure out new avenues of work.”

Carol Huben, a union steward for the Paulo Freire Charter School staffers, said in a statement that teachers have long been aware of the challenges facing the school and “have been pleading with administration to involve us with the planning to address these issues.”

“Unfortunately, administration has been uncooperative, dismissive and retaliatory against its own staff and the union as a whole,” Huben said. “And their unwillingness to acknowledge the problems that the school was facing — choosing, instead, to intimidate, discipline or fire staff who came to them — resulted in DESE finding the same problems three years later, with no further chances left for the school to fix them.”

Huben said administrators placed them on paid leave, without explanation, 17 months ago amid the staffers’ organizing efforts. They said that school leaders didn’t even interview them until 13 months into that leave, and then this month fired them after they read a statement critical of school leadership at a board of trustees meeting. The union has appealed the firing, Huben said.

“We are deeply saddened by the school’s upcoming closure,” Huben’s statement says. “Every single one of us was drawn to the school by its social justice mission, and we wanted to work collaboratively to see that mission through.”

Charter schools are publicly funded, with their budgets dependent on the tax dollars that their students bring with them when they choose to enroll in the school instead of their traditional school district. Unlike other public school districts, though, charter schools’ governing boards are not elected. The schools, almost none of which are unionized and have among the highest teacher-turnover rates in the state, have come under heavy criticism from teachers unions and others.

“Commonwealth charter schools are publicly funded schools that are privately operated with no local oversight,” the Massachusetts Teachers Union, which represents teachers in the state’s traditional public schools, alleges on its website. “They hurt students who attend public schools by siphoning hundreds of millions of dollars from Massachusetts school districts. Most charters fail to serve as many high-need students as their host districts, creating separate and unequal conditions for success.”

The Shoestring is committed to bringing you ad-free content. We rely on readers to support our work! You can support independent news for Western Mass by visiting ourDonate page.