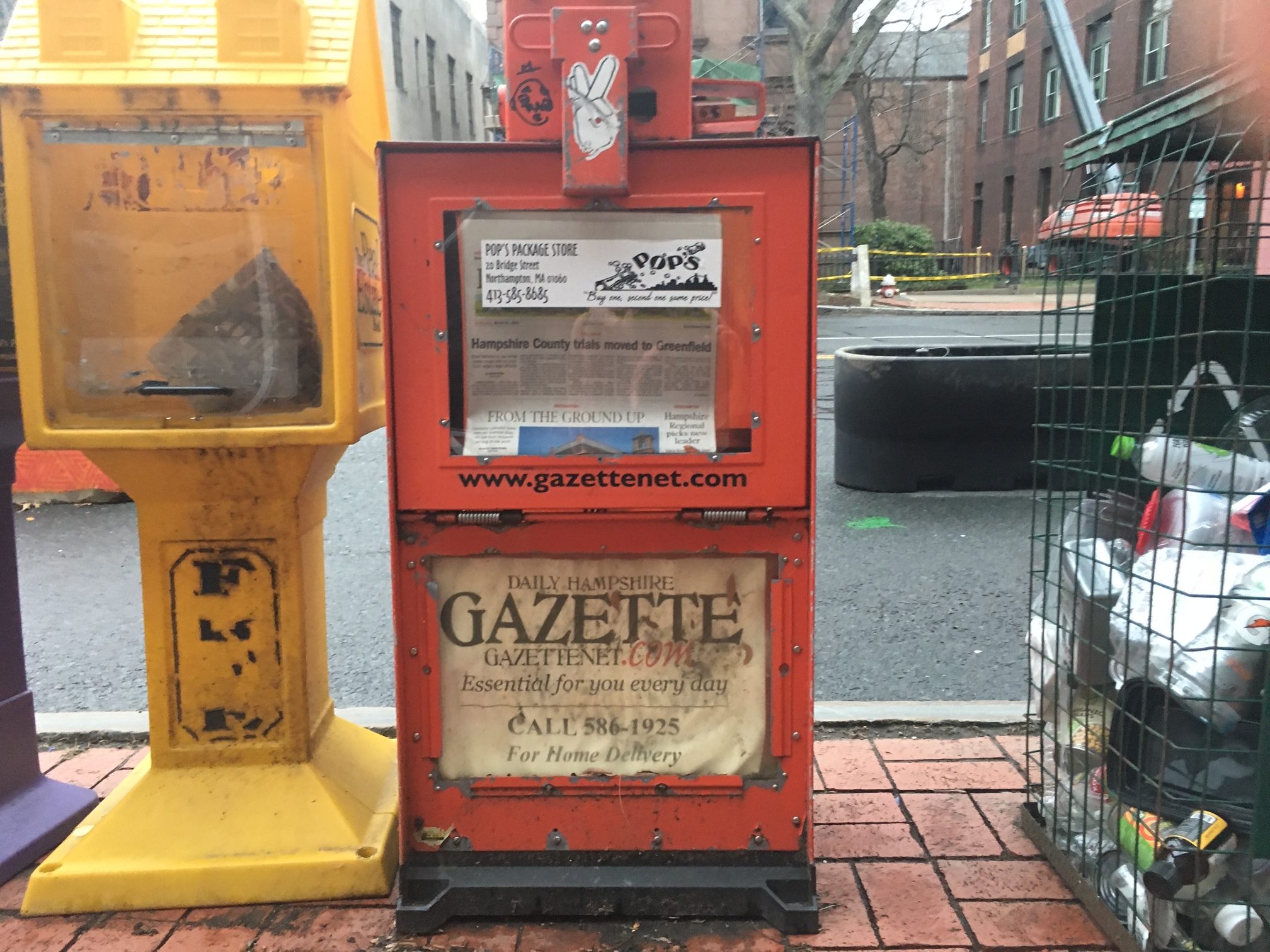 [Editor’s note: this piece was co-published with The Montague Reporter.]

NORTHAMPTON – The union representing workers at the Daily Hampshire Gazette announced on Monday that its members are taking action to leverage power in their ongoing contract negotiations with parent company Newspapers of New England (NNE).

“As those who make the Daily Hampshire Gazette, we already work on the thinnest of staffing because of Newspapers of New England’s repeated outsourcing of local jobs out of the Valley,” the Pioneer Valley NewsGuild wrote. “Now, our out-of-state owners and their white-shoe lawyer are telling us at the bargaining table that they want the power to outsource editing and arts-department jobs at will. Enough is enough.”

In an email to supporters on Monday morning, the NewsGuild announced that its members would be taking a “work to rule” action, essentially ceasing any work not explicitly outlined in their job descriptions. The reason for the slowdown, according to union members, is because NNE is negotiating for a clause in their contract that would allow for outsourcing of copyediting and other positions.

“We really do think there has been a lot of really good progress with the company,” said Gazette reporter and NewsGuild unit council chair Bera Dunau. “We can always reach a compromise, but fundamentally we want to see better wages for our workers, and we want to see job security.”

For over two years, the “wall-to-wall” union representing non-managerial workers at the Gazette has been negotiating its first contract with NNE. The NewsGuild was formalized by a 40-29 vote in December 2018. According to members, the company has so far resisted clauses protecting against outsourcing and ensuring scheduled cost-of-living increases.

“I know the NewsGuild’s statements in recent days have caused unnecessary concern among some of our readers,” Shawn Palmer, publisher of NNE’s Massachusetts newspapers, told the Reporter. “We have no plans to eliminate any positions. We have, in fact, hired several employees in the last few months.”

Since at least 2018, NNE has been outsourcing various aspects of the Gazette’s production to the nation’s largest publisher of daily newspapers, Gannett Co., Inc. Four jobs were lost in June of 2018 from the graphics and layout departments. In July 2020 the paper closed its on-site printing press, laying off 29 workers and outsourcing the work to Gannett. Multiple rounds of layoffs and the shuttering of the Athol headquarters of the Athol Daily News have also taken place in recent years.

The company has also seen major changes in leadership. The editor-in-chief position at the Gazette was eliminated last year and absorbed into a regional editor position held by Joan Livingston, who was already editor-in-chief at the Greenfield Recorder and Athol Daily News. Last month Livingston announced she will be retiring in January, and a successor has yet to be announced.

NNE also announced in the Concord Monitor in May that president and CEO Aaron Julien was moving into the role of chairman, and that Chuck Goodrich would assume his responsibilities. Palmer, who himself began in his role as publisher of the company’s Massachusetts newspapers earlier this year, did not respond to questions about Goodrich’s new role.

About 20 NewsGuild members remain employed at the Gazette right now, according to Dunau. While NNE is currently hiring for more reporters, two reporter positions are still vacant, according to union members. Five staff writers and one photographer are currently listed in the newspaper’s directory.

“[A]ll of the extra work NNE has foisted on us over these months, and all of the invisible work we do to paper over the holes NNE has created. That work is about to become much more visible to NNE,” the union wrote in Monday’s email.

“The company is not threatening to outsource these jobs – they merely want the ability to outsource [copy-editing and layout] under the new contract,” Dunau clarified to the Reporter. “The fact of the matter is, though, that we have seen over the course of the pandemic that work has been outsourced…. We’ve been cut to the bone, and we do not want a framework that would allow for further cuts of that nature.”

Sarah Robertson is a contributor at The Shoestring.