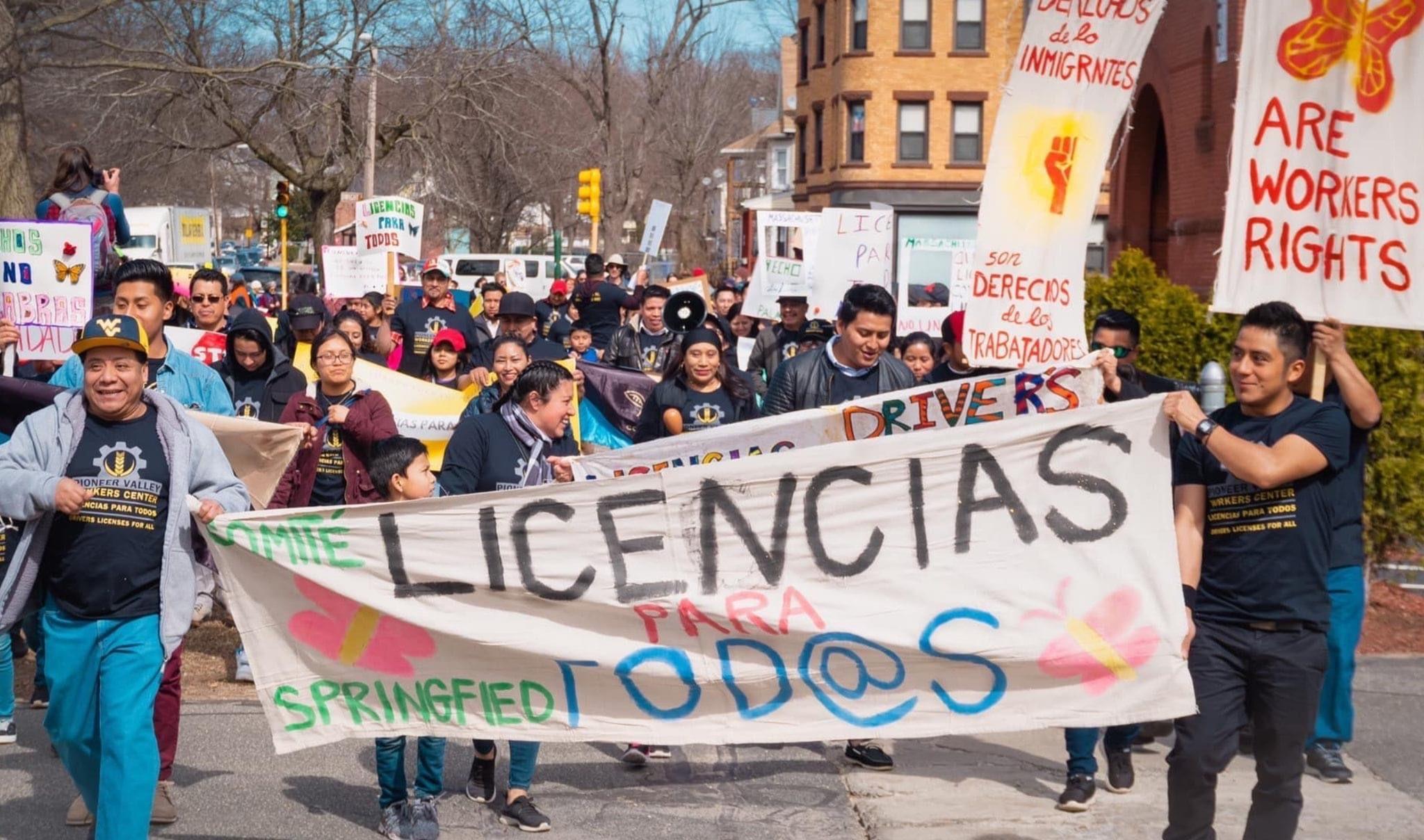 With little fanfare, The Work and Family Mobility Act, which grants qualifying Massachusetts residents the right to apply for a drivers license regardless of immigration status, was voted favorably out of the Joint Committee on Transportation on February 11th. The date marked a deadline for bills to be recommended out of committee for consideration by the state legislature during the remainder of the 2021-2022 legislative session. Days later, the bill was brought to a vote in the House, passing 120-36 with no Republican support.

The events of that week marked the most significant progress seen in the campaign for drivers licenses, led by undocumented activists across the state, in two decades. Despite significant support in the Democratic-controlled legislature and a major push by activists, the bill was never brought to a vote after a favorable committee recommendation in the 2019-2020 session, and Governor Baker suggested at the time that he would veto the bill if it made it to his desk. (Baker has since refused to clarify an updated position on the bill). This time, House Speaker Ron Mariano (D-Quincy), who replaced outgoing Speaker Robert DeLeo (D-Winthrop) after a twelve-year tenure, made the bill a priority.

The Driving Families Forward coalition brought together a broad spectrum of support for the bill over the last several years, including activist groups like Movimiento Cosecha, non-profits, and business owners and chiefs of police, who were attracted to more reliable transportation options for workers and better driver training and insurance coverage, respectively. Tactics have ranged from lobbying and canvassing to major rallies and even a statewide march and a hunger strike in 2020.

For those who have spent years advocating for the bill, victory would mean a new freedom to move about a heavily car-dependent state without fear of the cascading impacts of driving without a license, which can include steep fines, incarceration, vehicle impoundment, and getting caught up in the deportation pipeline.

Hodaliz Borrayez, an organizer at the Pioneer Valley Workers Center, stressed the far-reaching impacts of the bill, from “emergencies” to being able to “pick up children from school, go to work, go to school. [Families] can go to parks, they can go to Six Flags!”

Asked what would come next for the PVWC after spending so long on this campaign, Borrayez said the organization will be “working with our community on how to get a drivers license [and] how to drive safe.” Borrayez and fellow PVWC organizer Alfonso Neal also look forward to putting the organization’s energy towards other state legislation, such as the Safe Communities Act, Fairness for Farmworkers Act, and One Fair Wage Act.

Borrayez reiterated that the campaign still needs supporters to call their senators, as the Work and Family Mobility Act has still not been brought to a vote. Senate President Karen Spilka has publicly expressed support for the bill, but did not respond to a request for comment by press time indicating a timeline. Senator Jo Comerford of Northampton, a co-sponsor of the Senate version of the bill, has “weighed in strongly with Senate leadership about her support for the bill,” according to an aide, who added that the Senator “believes it will be important to maintain strong, people-powered advocacy until the bill is signed into law.”

Brian Zayatz is a co-editor at The Shoestring. Image courtesy of Pioneer Valley Workers Center.