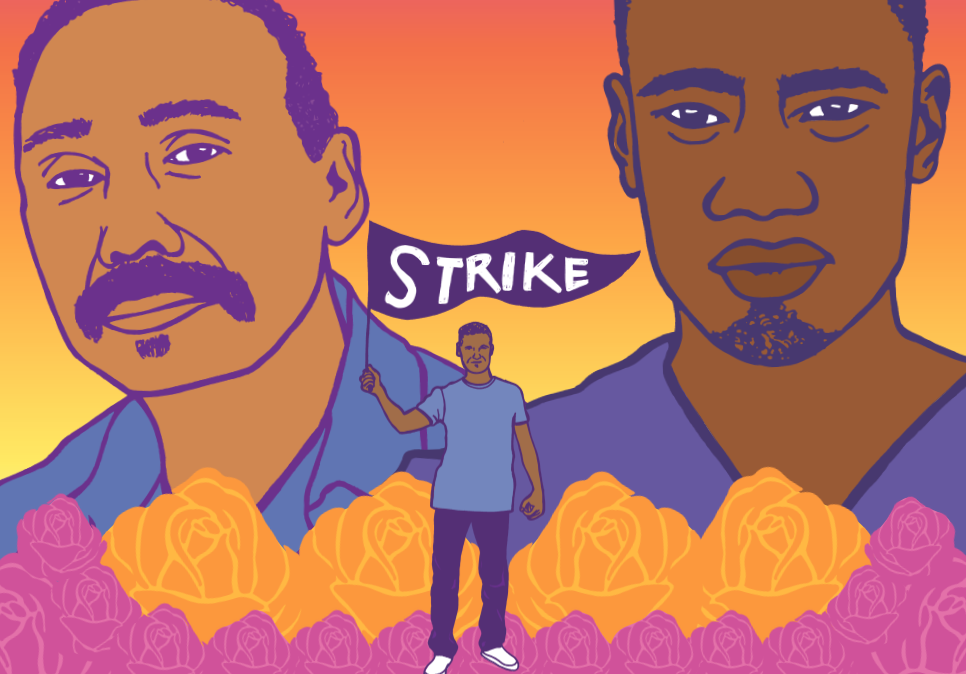 Tomorrow, August 21st, marks the start of 2018’s national prison strike. The date was chosen as the 47th anniversary of prison organizer and author George Jackson’s assassination at San Quentin State Prison in California, and this year’s strike will end on September 9th, the anniversary of the Attica Prison Rebellion in New York that took place two weeks after Jackson’s slaying.

Since the 1970s, the United States has become a world leader in incarceration, but incarcerated people have never been more invisible than they are today. We have 5% of the world’s population and 25% of its prisoners, with a higher incarceration rate than nations commonly eschewed as dictatorial in the media, like Russia and North Korea. Prison has become an industry, with companies securing minimum numbers of beds that must be filled in their contracts with federal and state governments, and prisoners’ involuntary labor is sold to companies around the world while they’re compensated with mere cents per hour.

The fact that it is even possible to organize a strike from within the greatest project of confinement in human history is a small miracle, but has only been possible through the extremely difficult and high-risk organizing work of incarcerated people, and their friends on the outside. Incarcerated organizers from 17 states (and hopefully more soon!) have signed on to a list of demands, which include an end to prison slavery, the repealing of laws that inflate sentences often along racial lines, improvements to rehabilitation services and general conditions, and the restoration of voting rights. Now that the strike is about to begin, it is the most important time for people on the outside who haven’t been involved yet to plug in.

The Battle for Information

The prison system works hard to make sure as little information from the inside gets to the outside world, and vice versa. Spreading information, then, becomes an important first step when so many people are kept in the dark, inside and out.

Because so few media outlets cover prison issues in a way that gives any legitimate voice to incarcerated people, the best source of some of the most direct information is Twitter. Some good accounts to follow are Jared Ware, an outside activist, the IWW Incarcerated Workers Organizing Committee, Brian Sonenstein, founder of the publication Shadowproof, “Prison Slavery,” an inside organizer, Jailhouse Lawyers Speak, a collective of self-educated inside activists, Black and Pink, a group that connects incarcerated LGBTQ+ with outside organizers, and It’s Going Down News.

If you’re a part of a group, make a statement of solidarity and register your organization’s support here.

Write letters to the editor at your local newspapers to reach people in your community, or call in to radio stations to talk about the strike–radio is the least easily censored medium through which incarcerated people can get new  information. For MassLive, email ekubosia@masslive.com; and for The Gazette, opinion@gazettenet.com. If you need help writing a letter, contact us: theshoestringmag@gmail.com!

Organizers have also put out an ask for those on the outside to organize and attend rallies in order to have a public presence and get covered by media. If you’re organizing a rally, make sure someone has contacted local news stations and invite them to cover it. There are two rallies in Boston this week, both outside correctional facilities. Though correctional facilities are often not in places that are particularly visible to the public, having a loud rally outside of one can signal support to people incarcerated inside. Bring drums, horns, noisemakers, and some good chants. Organizers are hoping to organize something closer to Western Mass this week and will keep our eye on any developments—if you are working on anything, let us know!

Incarcerated organizers are no strangers to retaliation for their political actions by prison guards and officials. Humiliating retaliation with the purpose of inciting violence (which the media, if it covers it at all, often uses to discredit organizers) has already begun in some places. One way to limit the extent of retaliation is to join a phone zap, an organized roster of people who call in to specific prisons or state or federal Departments of Correction to make sure they know people are paying attention. Great Falls Books Through Bars (a great organization to support anyway!) and Western Mass Prison Abolition Network have organized a phone zap, which you can sign up for here. They will keep you updated about who to call, and the roster helps ensure that there is always somebody calling.

If you have the means, this is the official fundraiser for the strike. Funds raised are evenly distributed among Jailhouse Lawyer Speak, San Francisco Bay View, North American Anarchist Black Cross, and the Incarcerated Workers Organizing Committee.

The National Prison Strike is preceded by years of gains and setbacks by inside organizers. For information on the 2016 U.S. prison strike, the largest in U.S. history, see Alice Speri’s coverage for The Intercept. In April 2018, deadly violence broke out at Lee Correctional Institution in South Carolina over deplorable living conditions, and guards and administrators made no attempt to break things up or aid the injured until hours later. Jared Ware interviewed several prisoners with analyses of the causes of violence in prisons, and Jailhouse Lawyers Speak released a call to action for another prison strike this year, despite that plans were being laid for 2019. For more recent, in depth coverage leading up to the strike, check out this podcast, which situates the strike in a history of the IWW-IWOC, and another Ware interview with a representative of JLS.

Stay updated, and participate however you can. Every bit counts!

Brian Z. Zayatz is a student at Amherst College. Art by Melanie Cervantes.