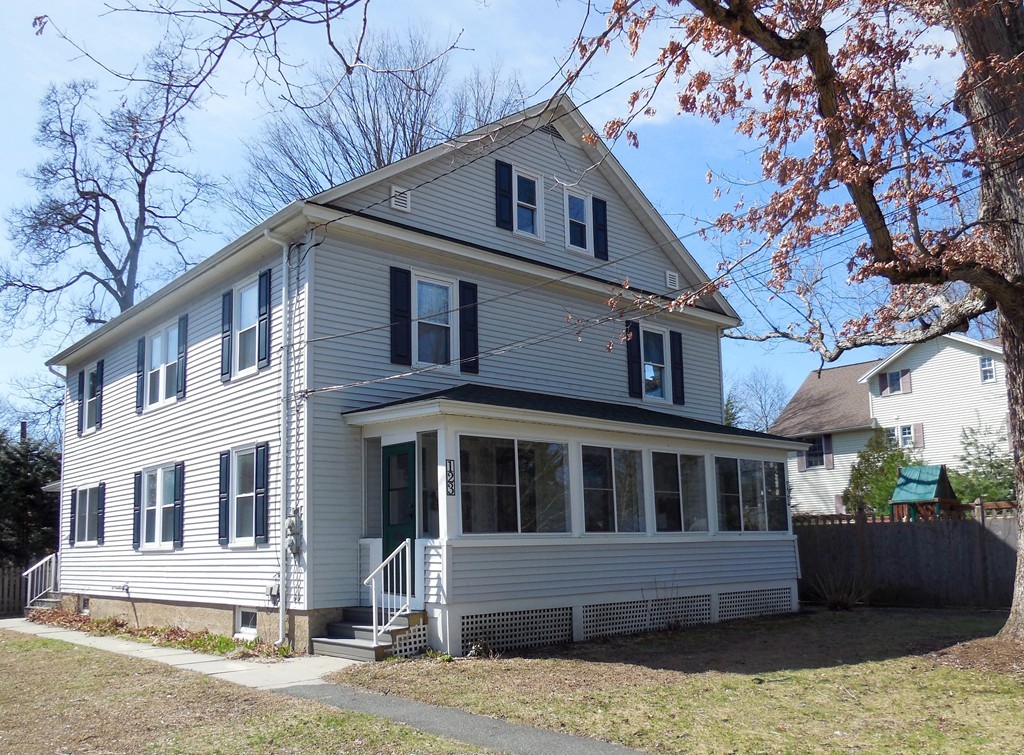 On March 18th, the Northampton City Council voted for a second time to pass a package of amendments to city zoning that would make it easier for homeowners to build second units on their properties. The final vote took place over six hours into the meeting, following a two-hour public comment session in which sixteen people spoke at length against the changes, as well as other business. Six people spoke in favor of the changes, including Planning Board Chair George Kohout.

The package passed its first reading two weeks prior with little fanfare. Planning and Sustainability Assistant Director Carolyn Misch spoke conservatively of the changes then, saying she did not think they would lead to much greater density, but that they were merely meant to give homeowners more options in a way consistent with the city’s sustainability goals.

Most critics of the package were in favor of the changes expanding the area where second units and two-family homes could be built, but specifically opposed an amendment that would allow multiple single-family homes to be built on one lot, à la Bay State Village resident Bill Ryan’s recent Gazette op-ed. Many speakers, citing Ryan but in less measured terms, claimed the change would eliminate green spaces in the city and be a handout to developers, exacerbating the affordability crisis already straining potential homebuyers in the city.

Proponents of the changes tended to be younger non-homeowners, several citing that they don’t know if they’ll ever be able to buy a home in Northampton. Commenters spoke against the coveting of lawns as green spaces, as they are not public, as well as the labelling of houses in the $200,000 range as “affordable,” when they typically need so much work as to still be prohibitively expensive. Ryan O’Hara, an attorney for Nu-Way Homes (a developer that Bill Ryan specifically denounces in his op-ed) noted that the history of single-family zoning decimated walkability and created atomized neighborhoods that were designed to be inaccessible to Black families only a generation or two removed from slavery. O’Hara identified himself as someone who may not be able to afford to own a home in Northampton, and urged his fellow commenters to pressure “the actors who can actually make a difference” on the topic of affordable housing.

If there hadn’t been a specific piece of legislation being discussed, it might have been hard to tell these two camps apart. Both were distraught over the seemingly runaway prices of homes in Northampton, and both made good points. Milton Hansel said there was an assumption that “there’s a finite amount of development pressure on our community,” though he himself suspected “that there are way more people who want to move here with lots of money than we could ever accommodate. And what that means is that the developmental pressure on Northampton is functionally infinite.” The thrust of Hansel’s comment questioned whether higher-density neighborhoods would actually prevent woodland and farmlands from being developed. Immediately following Hanself was Reyes Lazaro of Bay State Village, also in the Bill Ryan camp, who added that “thinking that the free market will solve the problem is magical thinking.”

Lazaro is right to make this point, which seemed lost on some of the changes’ proponents. Supply-focused thinking in the housing market has been found not to hold much water, precisely for the point that Hansel raises: money always wins. “The affordability crisis within major urban areas is real, but it is due less to over-regulation of housing markets than to the underlying wage and income inequalities,” wrote economic geographers Andrés Rodríguez-Pose and Michael Storper in a 2019 paper summarized by Bloomberg CityLab. “The gains from removing taxes/restrictions on building largely will be captured by landowners,” said economist Tyler Cowan, also quoted in the piece. “More stuff will be built, […] land still will be the scarce factor, and by the end of the process rents still will be high.” Kohout himself put it bluntly at the meeting, saying “we don’t sell houses for $250,000 in Northampton anymore.”

Council’s discussion was opened by Misch, attempting to assuage the fears of the public commenters. Misch returned with data requested by Council President Gina-Louise Sciarra (At-Large) at the last meeting, showing that new single family homes in the city have been built, on average, 500 square feet larger than their older counterparts, but the same trend was not visible in data for two-family homes. She also pointed out that the concern was originating in Urban Residential zones B and C, where multiple single family units on a single lot are already allowed, and that open space and setback requirements will not be changed. “This is not intended to be affordable housing,” Misch said, “but part of an overall attainable housing strategy,” expanding homeowners’ options for supplementing their housing costs and hopefully creating more smaller units. I suspect that this did not set many members of the public at ease on either side of the debate, whose concern lay with the existing dilemma  of expensive developments already displacing middle-income homebuyers, or with the lack of affordable homes and rentals more broadly.

Similarly, Councilor Bill Dwight (At-Large) asked if a “land rush” had been seen in the parts of the city where lots are already open to multiple single-family units, to which Misch replied that the city typically sees one or two developments per year. Councilor Dwight added that Northampton is currently a “super white-hot real estate market” and that “this is the peak of this type of speculative development.” Councilor Karen Foster (Ward 2) asked if there was anything the city could do about teardowns, to which Misch replied that she doesn’t see a “teardown craze,” as it is typically not cost effective. Councilor Jim Nash (Ward 3) opined that it did not make sense for a developer to create a two-unit condo association, and he expected that type of development to continue to be rare.

Councilors Michael Quinlan (Ward 1) and Alex Jarrett (Ward 5) spoke more directly to the anxieties of commenters, with the former asking Misch when struggling homeowners or aspiring homeowners might be able to see some relief in pricing or property taxes, which she said she could not predict but hoped increased supply would at least help prices even out. Councilor Jarrett made an extended point he called “rich people win.” “More buildings does not change things” when there is such extreme wealth inequality, Councilor Jarrett said, but made clear that he also did not believe that ordinances preventing more buildings from going up would help, either. He contended that “truly affordable housing” could only be done at this point through subsidy or goodwill, pointing out that “some of us won the lottery,” referring to those who bought houses before the price boom, and that these people could play a large role in renting out lower-priced units or selling below market value. Councilor Jarrett expressed a vision of a more walkable city and proclaimed himself an urbanist, rather than a suburbanist. “Even though it hurts every time a tree comes down, it’s so much better than suburban sprawl alternative.”

With general discussion of the package winding down, a series of amendments were introduced. One, introduced by Councilor Jarrett, compromised with an amendment suggested by the Planning Board to waive the tree replacement requirement by raising the replacement threshold from 3” to 5” diameter and allowing for more flexibility in replacing trees on public property rather than the lot in question. Another, suggested by Misch, changed the fossil fuel-free heating language to refer specifically to wood, solar, wind, or grid-based electrical heating.

The last amendment, introduced by Councilor Rachel Maiore (Ward 7), would require a special permit to build a second unit larger than 1800 sq feet, the average home size in the city—though this rule would not apply to zones which already have two-family zoning, which as Misch noted, is where most of the public outcry about runaway development originated. After some debate about how proactive to be on this matter, the Council decided that this would be a good check in the process, in line with both sustainability goals and concerns expressed by the community.

All three amendments were included in the final package, which passed its second reading after 1am. Another ordinance, which would streamline the process for developers looking to build affordable units (a calculation based on 80% of the local median income) was continued until the Council’s April 1st meeting.

Brian Zayatz is a regular contributor and new staff writer at The Shoestring.