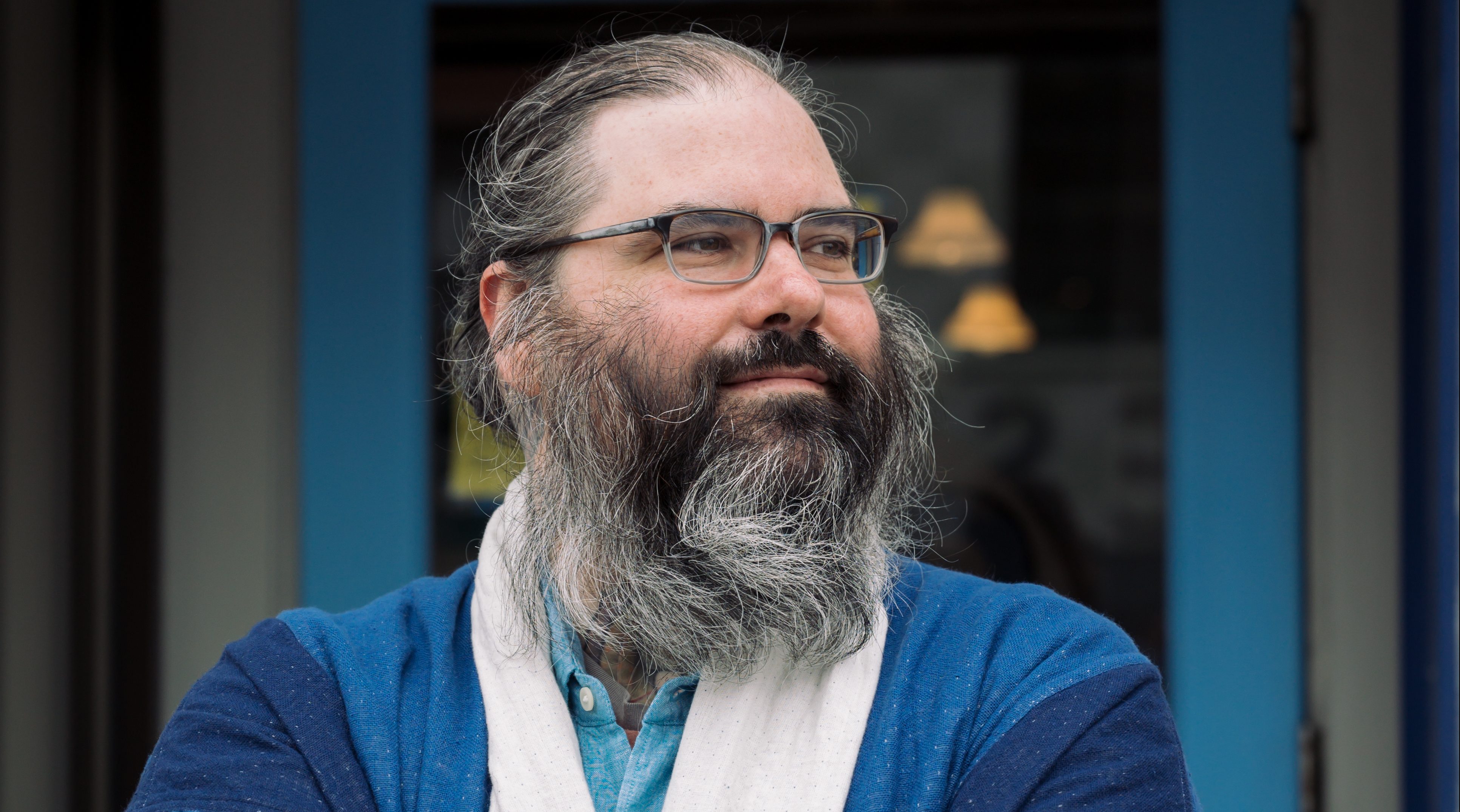 The Belly of the Beast owner and Arts Council member says he wants to ask tough questions.

Many in town are familiar with Hassinger as the co-owner, alongside his wife, Aimee Francaes, of Belly of the Beast, a restaurant that couples creative cuisine with creative approaches to the industry itself. During the pandemic, the couple pivoted the establishment to center the safety and comfort of their staff, as well as featuring guest chefs for whom restaurant ownership is a difficult hurdle, all while using their platform to uplift voices calling for the defunding of police and reinvestment in communities during the George Floyd uprising.

At Saturday’s event, the message was clear that Hassinger intends to run his campaign, and perhaps his eventual tenure on City Council, as creatively as he runs his restaurant.

Cannity and Luengo-Garrido both stressed Hassinger’s willingness to listen to constituents and interest in making municipal government as transparent as possible while fostering a greater level of community engagement. “The best solutions [to community issues] don’t come top down,” Cannity said during his speech. “They don’t come from a small number of people making decisions. The best solutions come from a community coming together and a government that not only permits people to speak, but actively encourages and fosters community input and is transparent about its decision making process. And that’s where Jesse comes in.” Luengo-Garrido, a Chilean-born ACLU staff member, called Hassinger “an ally to people of color… in a city where you’re gonna find a lot of people, a lot of white old men, telling you what to do, giving you advice even though you never asked for it.”

Hassinger’s own speech touched on some of the same points. He recalled thinking to himself, “this is what democracy looks like,” upon seeing hundreds of residents turn out for public comment to speak about the policing budget last year. “I would’ve thought the government would have welcomed this influx of people,” he continued, yet the ultimate lack of significant change left him to conclude that “inaccessibility was seemingly a previous virtue for our city government.”

At the heart of Hassinger’s vision for Northampton is a community where neighbors care for each other—and he laments recent instances where this has not been the case. “Everyday I see our residents and visitors pass by people in this city who they continue to ignore,” he said on Saturday. “They continue to walk with their own interests at heart with no thought as to what the people around them are thinking. I really feel like that’s no way to build a community.” He went on in his speech to condemn the city’s treatment of unhoused residents at the South Street encampment, and to call for significant funding for the new Department of Community Care.

When asked in a follow-up interview what he would carry with him to City Council from his time lobbying from the outside, Hassinger reiterated that “there is a very strong need for questions to be raised all along the path about who [policy] is affecting, how is it affecting them, and if it’s affecting anyone in a negative way, what can be done so it doesn’t.”

“I very much want to voice that white supremacy is the baseline on which the US government has built upon, and that includes the Northampton government as well,” Hassinger continued. “If we’re ever going to get to a place where we want to say that we believe in equity and we believe in diversity, that conversation has to happen, and I feel like Northampton is a place where that can happen.”

Ultimately, Hassinger plans to affect change by facilitating broad community engagement. When I asked him about Ward 4-specific issues, he mentioned that many ward residents have concerns about road infrastructure, and relayed a discussion he’d had with Ward 6 Councilor Marianne Labarge, whose ward borders Ward 4. Eventually, it was Councilor Labarge’s involvement of the community that led to desired repairs. “I as a City Councilor can’t get things done when I say, ‘I have somebody complaining about this,’” Hassinger told me. “I want to invest power back into the community so that we as a group can actually get things done.”

Hassinger and Francaes’ reputation for putting their employees first at Belly of the Beast has set a strong example in a city where some business owners have vocally argued for keeping wages low. It also likely helped Hassinger win the endorsement of the Western Mass Area Labor Federation, alongside City Council President Gina-Louise Sciarra for mayor and several down-ballot races. “The WMALF is excited to endorse candidates who support our vision,” wrote the organization in its statement, which named, “public investments that benefit the community and workers… policies that support workers’ right to organize; responsible economic development that shares benefits with workers; and other policies that create a better life for all working people of Western Mass.”

Asked about the prospect of making sure everyone has a seat at the table in a city where business interests are often centered in City Council, Hassinger answered that he believes all parties “want to make sure that downtown Northampton is as vital as it has been in the past,” and that he hopes to see empty storefronts filled. “We can achieve that goal,” Hassinger continued, “it just means we have to have discussions and conversations around how to get there.” He also took the opportunity to express support for the Main Street for Everyone contingent in discussions of the Main Street redesign, and added that “a more vital downtown means more people are walking.”

For all the divisions Hassinger identifies, his tone is consistently hopeful about what can be accomplished not just in City Council, but at the grassroots level. “This is what community building is to me,” he said during his Pulaski Park speech. “Being curious about what your neighbor is doing and thinking, being open to new experiences and new ideas, taking on your neighbor’s cares as your own, and in doing so looking out for your neighbor.”