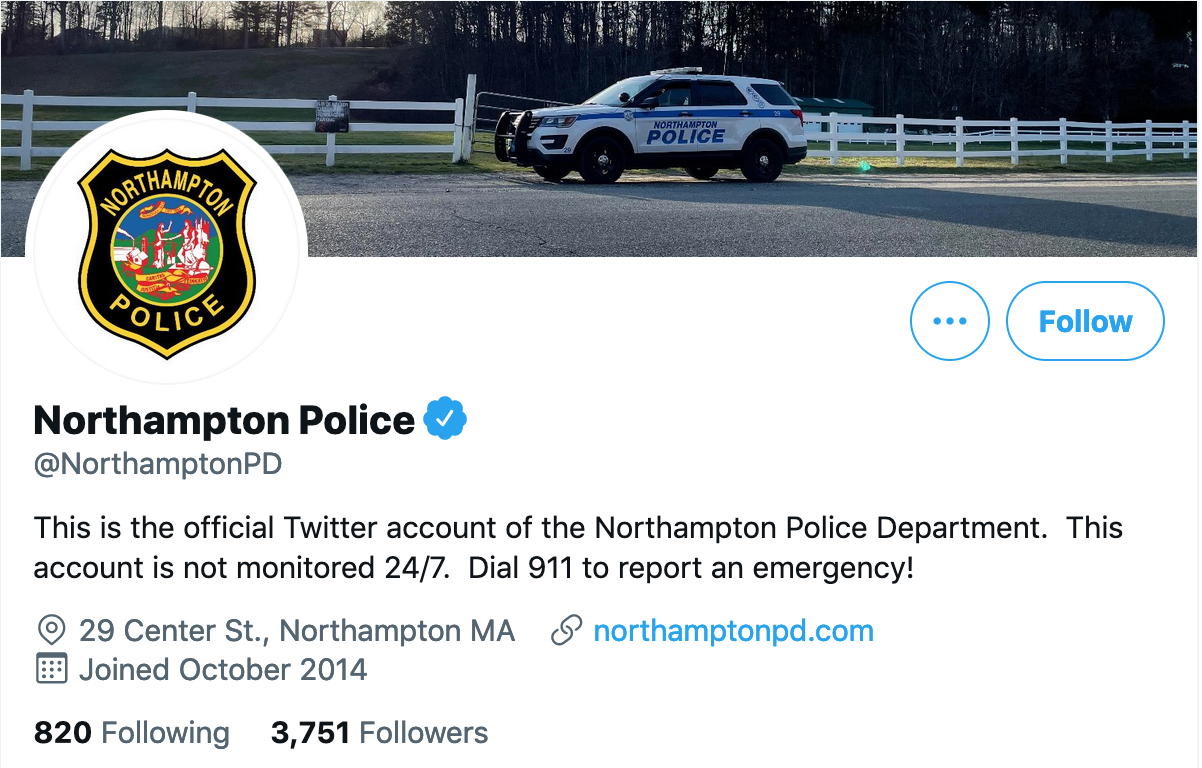 NORTHAMPTON — On any given day, followers of the Northampton Police Department’s Twitter account (@NorthamptonPD) might see posts regarding changes in traffic patterns or Star-Wars themed police content meant to show the silly side of using the threat of force (or, The Force). If you follow their mentions, you might see Mayor Narkewicz commending the department on their first all-female shift, bringing them closer to their goal of having 30% female officers by the year 2030.

But on Tuesday, July 20th, local Twitter users noticed, and shared widely, some unusual interactions from the NPD account. The account had ‘liked’ a recent tweet from the account @Sherwoodboy17 that featured a drawing depicting a generously endowed and scantily clad anthropomorphic fox with a grumbling tummy. Though the NPD confirmed to The Shoestring that they “became aware” of this situation around 2pm that day and promptly removed the ‘like,’ several Twitter users had already screenshotted it, as well as a ‘follow’ of the account @_Fan_Fictions, which shares crude erotica—featuring rape fantasies and racist descriptions of characters—based on the Sonic the Hedgehog video game franchise. (Neither account replied to request for comment.)

Though the NPD often doesn’t answer our emails, Lt. Victor Caputo responded promptly to a request for comment on Wednesday. Lt. Caputo told The Shoestring that the NPD has “a Social Media Team that manages our social media accounts,” and added that the department is “working with City IT to determine who may be responsible and during what time frame the activity occurred.”

“We currently do not know if a member of NPD was involved in the activity,” Caputo’s email continued. “Use of city resources for, or engaging in this type of activity on city time is unacceptable. The matter is currently under investigation.” In a follow up email, Caputo confirmed that the “Social Media Team” is made up of NPD officers.

Caputo declined to answer a specific question regarding whether the public should expect any consequences to be meted out should a NPD officer be found culpable.