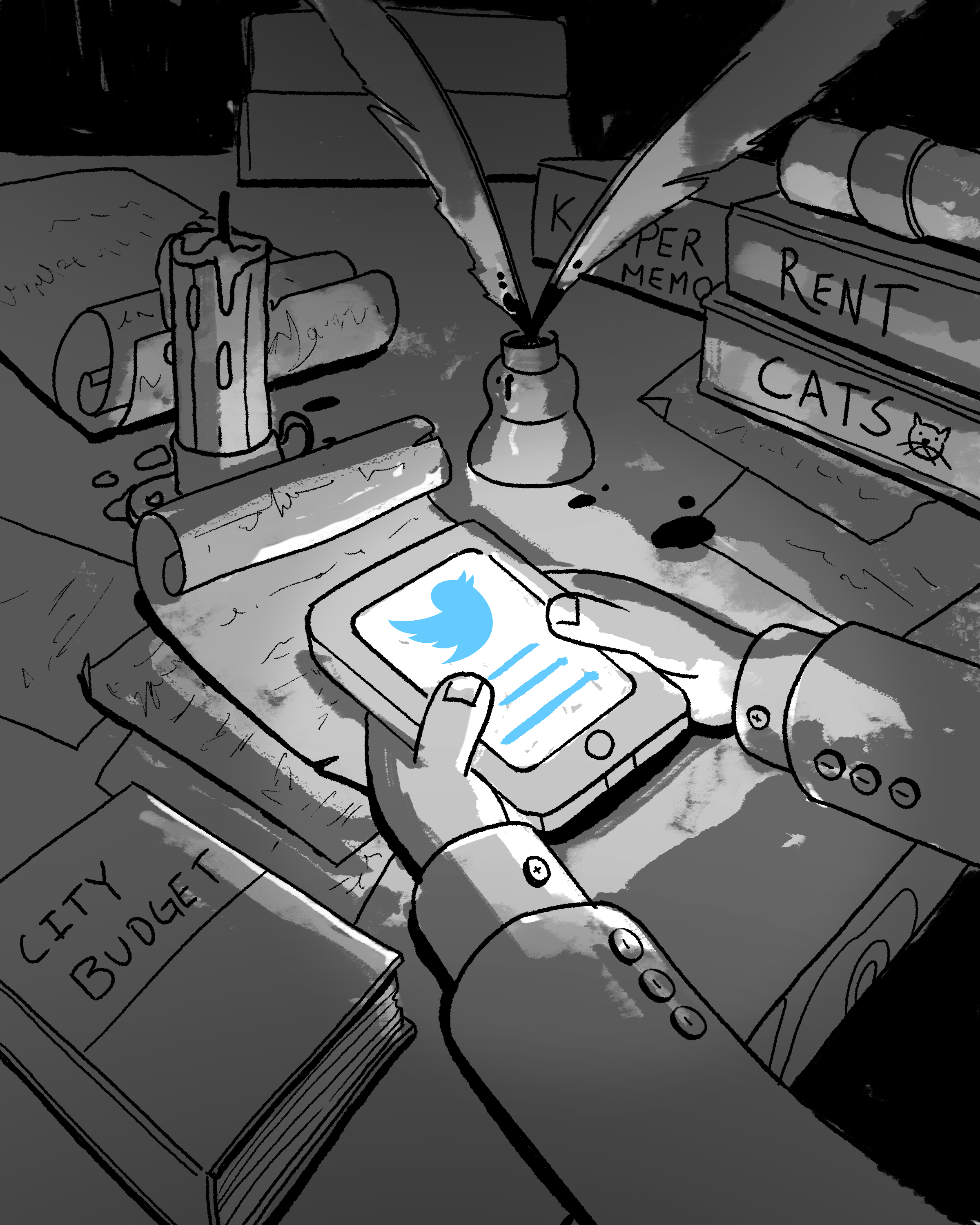 Is it just a bad joke?

BY Will Meyer and Blair Gimma

Northampton Mayor David Narkewicz, as we have noted before, enjoys dunking on and insulting his critics on Twitter. After The Shoestring criticized the police department’s plan to purchase riot gear and less-lethal weapons in April, Narkewicz got creative and wrote a multiple part play trying to school this publication about transit funding allocation. More recently this summer, the mayor went after one of his constituents, a UMASS history professor, with a tweet that said “cue insult.”

Two of the five current board members are NHA tenants. One lives on the 7th floor of McDonald House, was himself forced to use a portable AC, and is quoted extensively in the article you claim to have read. (cue insult)

The stage directions of belittlement remain a theme with Northampton executive’s latest jab at a Gazette reporter. Responding to a piece about political spending in the state senate race (which was a big to-do in Northampton leading up to last Tuesday’s primary), Narkewicz Tweeted: “skyrocketing reporter salaries are clearly driving up the costs of political advertising said no one ever.” What the Tweet actually means is a little hard to decipher, but two things are clear: 1) it’s a non sequitur and a false equivalency; and 2) it’s an aggressive Tweet towards a member of the press. The following is our attempt to deduce some sort of further coherent meaning from Narkewicz’s most recent cryptic prose.

It’s not a secret that Gazette isn’t doing well financially and announced yet another round of layoffs and cuts in August. Further, if these truly were fat times for reporters — they’re not! — we’d probably have cushy journo jobs and not be running this funny looking website (which Narkewicz once smeared on Twitter as “performance art”). What makes this latest episode even stranger is that Narkewicz expressed his preference for Tweets to not be “opinion based” or to traffic “false equivalencies” (which this clearly is) when he got in the aforementioned spar with us. The article in question about campaign fundraising had nothing to do with political advertising in the Gazette (it mentions one candidate has purchased radio ads), so it’s unclear why Narkewicz is so fixated on reporter salaries in this context.

A few things are clear though: he has Twitter happy fingers and loves to go after reporters and critics.

It has been a hot summer, journalists keep Tweeting, and so it was only going to be a matter of time before our local Mayoral playwright would loudly cry out the beginning of his next masterpiece by subtly implanting it in a response to a Tweet. His approach screams, “I don’t care if anyone ever sees this.” But, we know this writer too well. He knew we’d be watching and clinging to his every Tweet response. This was an intentional burying of a treasure he knew we would find. Clearly, David Narkewicz’s tweet to Gazette reporter Bera Duneau is the beginning line of his next play to be narrated by his new character, “No One Ever.” An entire play narrated by a character that doesn’t exist? Genius. An inescapable existential mechanism built into the entire narrative from the very first line. Yes, it is clearly a method influenced by the logical puzzles of Lewis Carroll. But, to our knowledge, Mayor Narkewicz has not yet taken the same survey his Panhandling Task Force conducted on houseless people, so we don’t know if this literary choice was drug induced like Carroll’s or simply the beginning of his journey to accept that one day he will no longer be Mayor.

Are we reading into this too deeply? Is it all just a bad joke? What do you think his tweet meant? Email us: theshoestringmag@gmail.com

Will Meyer and Blair Gimma are co-editors of The Shoestring. Art by Willie Pepped.