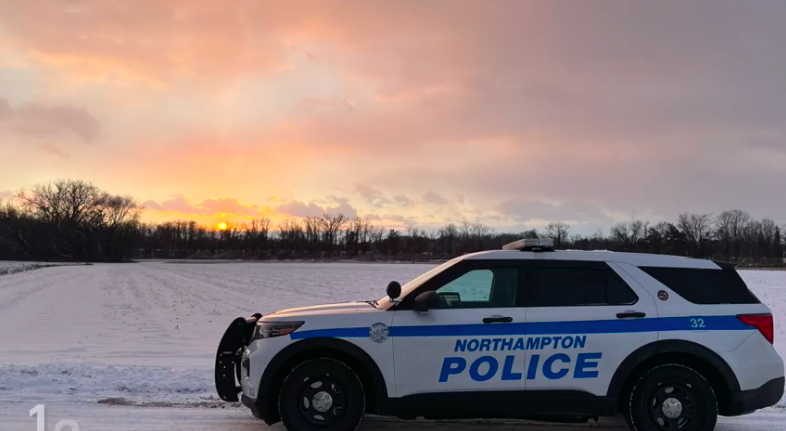 NORTHAMPTON — Members of the public filled the council’s virtual Zoom chambers Thursday to express opposition to an order that would enter a five year contract with telecommunications giant Motorola Solutions and provide new dash cams to police. Councilors sent the order to the Finance Committee for further review after a discussion that centered around Motorola Solution’s social impact. The subject was first broached during public comment, and councilors continued discussing the company’s role in providing telecommunications infrastructure to Immigrations and Customs Enforcement (ICE) and in Israeli occupied settlements, as well as other concerns about the technology, during a discussion.

After Councilor Jamila Gore (At-Large) asked if Northampton could work with a vendor besides Motorola Solutions, Councilor Alex Jarrett (Ward 5) followed up, raising concerns about the company’s global business practices, and asked IT director Antonio Pagan if “social responsibility” was a part of the rubric used to evaluate potential vendors. “Does the company we are choosing act in a manner that benefits society and our community standards?” he asked. “Motorola Solutions has documented collaboration with ICE and the Border Patrol and Israel and prison security and numerous councils and universities and churches have voted to divest and not do business with them due to these concerns,” Jarrett said. Pagan explained that “social responsibility was not part of our rubric or scope” in choosing a vendor. Stan Moulton (Ward 1), Marissa Elkins (At-Large), Council President Jim Nash (Ward 3) all echoed the concerns Jarrett shared, which prompted the Council to send the order to committee.

Chief Kasper explained that while she and Director Pagan would be happy to look into the business practices of the companies the city did business with, the criteria for what the Council meant by “social responsibility” was not clear and would need to be defined before moving forward. “I think we’ll probably run into some similar issues that are being brought up because of the industry. I’m just imagining it’s for this, it’s for any equipment purchases that we make, we may run into this issue. Whether it’s ballistic vests or whatever else we need … It’s tricky in this field,” Kasper said.

Despite being “moved by” the argument concerning “the social implications of who we’re going into business with,” Councilor Elkins expressed a similar skepticism about finding a company with a clean record, noting that any company in the communications or technology field servicing law enforcement will have similar problems. Elkins described Motorola’s competitor Axon — formally Taser — as “problematic.” The company has come under fire due to deaths caused by its flagship product.

Although the Finance Committee will convene Tuesday to discuss a social responsibility criteria for companies that provide services to the city, an Executive Order signed by former Mayor David Narkewicz in 2019 and later signed into law by Governor Charlie Baker in 2020 via a home rule petition may already discourage entering a contract with Motorola Solutions, a company that provides communications technology that supports the maintenance of nuclear weapons. The order, titled “Supporting the Mitigation and Abolition of Nuclear Weapons”  provides context for the deeper history of the city’s commitment to nuclear abolition, noting that “in the 1980s our city was among the first nationally to push for the establishment of a Nuclear free zone.”

The law, signed by Governor Baker, states that “the city of Northampton may disqualify from an award of a contract a bidder or vendor who participates in the design, manufacture or maintenance of nuclear weapons.” Motorola came under scrutiny in Oakland, California, a city with a similar ordinance, for its business supporting the government’s nuclear weapons infrastructure in debates about a controversial police “surveillance center.”

According to the East Bay Express, “In 2011 and 2012 Motorola Solutions sold goods and services to the Navy’s Strategic Weapons Facility in Kings Bay, Georgia. The Navy’s Kings Bay Strategic Weapons Facility is where the Atlantic nuclear submarine fleet is armed with intercontinental nuclear ballistic missiles. Motorola’s contracts with the Navy were directly in support of the Trident II Missile, one of the Navy’s primary nuclear-armed weapons programs.”

In 2021, Motorola Solutions made $165.2 million dollars in federal contracts.

While it is inconclusive that a contractor providing radios to military sites involved in nuclear weapons programs meets the discretionary bar that “may disqualify” the company from a contract with the city of Northampton, Motorola’s government contracts and larger business practices, including contracting with Immigrations and Customs Enforcement (ICE) and being placed on a UN watchlist for its role in aiding surveillance efforts in Israel, are part of a larger conversation about the company’s global social impact.

“I understand the Council’s wariness about ensuring the companies we contract with are ethical entities, but to refuse to engage this question has even worse consequences,” Jeff Napolitano, Ward-2 resident and social justice activist, told The Shoestring in a statement. “It means handing over the images and identities of the people of this city to a company that has a record of profiteering—not safeguarding—information captured from surveillance. It means intentionally avoiding questions of ethics as well as the material harm that might be done to the public. Just because something is hard does not mean shirking from it, that seems to me the very definition of public service.”

Other communities like Richmond and Berkeley, California, have adopted “Sanctuary City Contracting Laws” specifically designed to target firms that act as “data brokers” for the immigration enforcement apparatus, thus severely restricting business with companies who profit from deportations. While the Mayor of Richmond expressed doubt that such an ordinance would produce material change, Berkeley’s finance chair said the move made the city “a leader in social responsibility.”

Ward 7 City Councilor Rachel Maoire, who chairs the Council’s Finance Committee, which is responsible for coming up with a social responsibility rubric, told The Shoestring, “I find Motorola’s dealings in the nuclear weapons industry concerning particularly when seen in the full context of the company’s questionable data sharing practices and surveillance technologies, the lawsuits against it and its UN watchlist status.”

The Finance Committee will meet Tuesday at 5pm. The meeting is accessible via Zoom.

Will Meyer is a co-editor of The Shoestring. Blair Gimma contributed reporting. Image, Facebook.