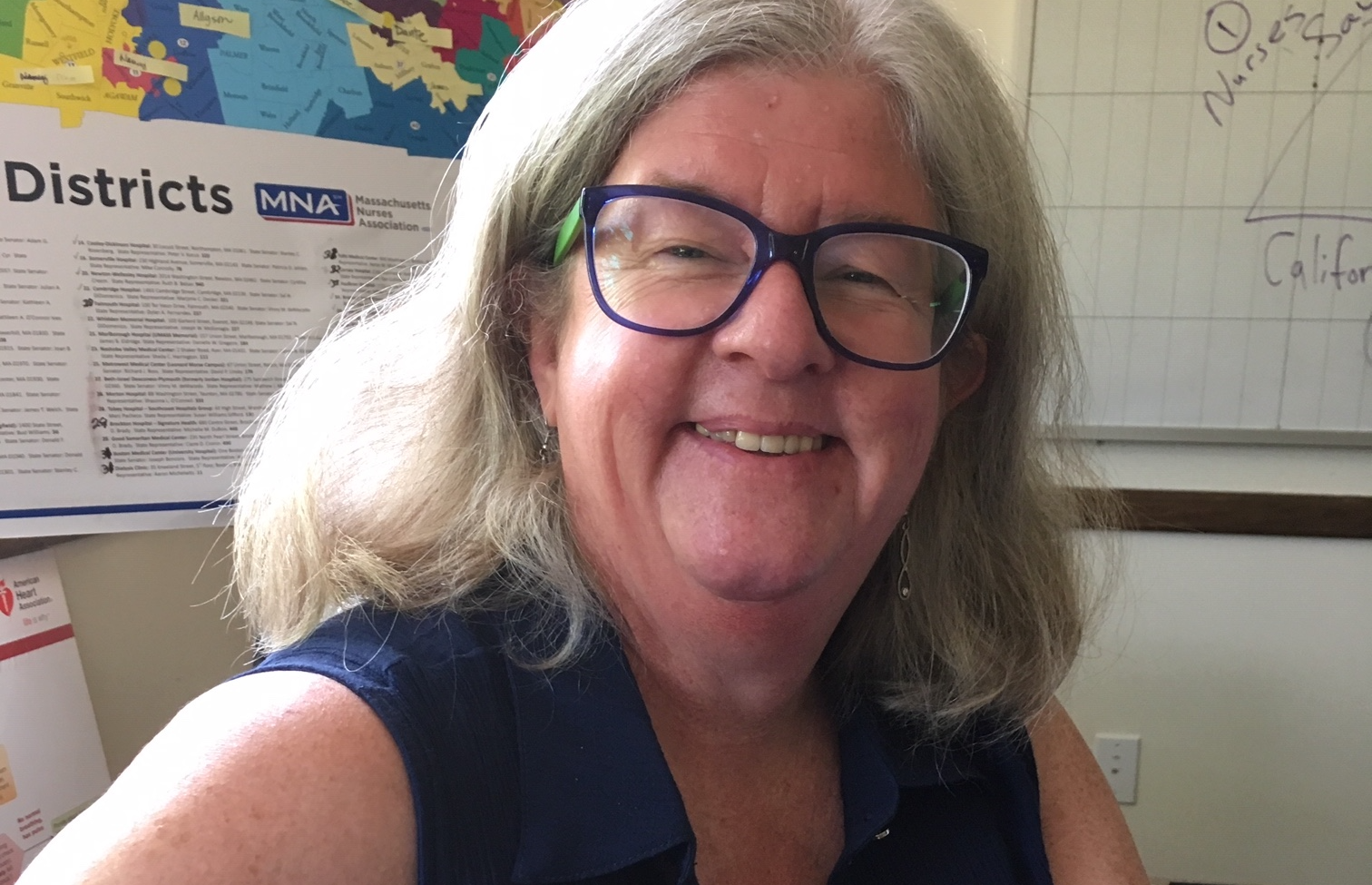 A Q+A with an organizer for the Yes on 1 campaign.

By Will Meyer and Nancy Stenberg

Nancy Stenberg was collecting signatures around this time last year to get the Safe Patient ballot initiative on the ballot. Since then her involvement in the campaign has continued, and she is now the Deputy Field Director for Western Mass for the Yes on 1 campaign. The campaign has been endorsed by politicians from Elizabeth Warren to the Northampton Democratic City Committee and community groups and labor unions across the state. Stenberg was kind enough to answer some of our questions about the campaign and how to get involved. -WM

Can you introduce yourself and the campaign?

My name is Nancy Stenberg, Deputy Field Director. My territory extends from the New York border to Worcester. My contact info is nstenberg@mnarn.org and 781-571-8616. I work for the Massachusetts Nurses Association. We wrote the proposed law that is Ballot Question 1 bedside nurses and put it on the November 6th ballot.

What the law is asking for is a safe maximum limit to the number of patients that a hospital nurses can care for at one time, rather than what happens now, which is that they go to work and they never know each day how many patients they are going to be forced to care for by hospital administration. It can be six one day, eight the next, etc. This is not safe for nurses and it means that you, the patient, are not getting the quality of care that you deserve.

How did we get to this point? Why is this happening now?

The MNA gathered 134,000 signatures in two signature gathering campaigns in the fall of 2017 and the spring of 2018. The MNA has been asking your legislators to pass this bill for 20 years (yes 20) on Beacon Hill, however most of them receive large donations from the hospital administration lobbyists and this is why the MNA decided to take it to the people for a vote.

We have studied the success of the California law. CA has had the law in place for 14 years and it has resulted in shorter wait times in the emergency department, lower rates of preventable infections (this brings healthcare costs down) and a higher percentage of patient satisfaction.

There’s a lot of organized money funding the opposition campaign. Who is funding it and why?

The highest funders of the opposition are the healthcare executives, formally known as the Massachusetts Healthcare and Hospital Association. Their president is Mark Kerouak. Mr. Kerouak is also the president of Baystate Health Systems. Kerouak makes over $1000/per HOUR. Last year he received a 33% raise.

Why are they opposed?

They do not want to open up their books and have to show the public the profits they are making with the millions of largely taxpayer dollars, that they receive from Medicare and Medicaid payments. Instead of letting them use this money to pay for bigger and brighter facilities, and seven figure salaries, wouldn’t you like them to use it to hire and train more nurses, so that you can receive the care you need?

There has been some criticism around the bill with regards to small hospitals and clinics. Can you elaborate here?

Clinics are not affected. This bill is for hospitals only. In California no hospitals closed because of their Safe Patient Limits Law.

What has the organizing effort been like and how are people getting involved?

We are running a grassroots campaign: canvassing, phone banks, social media and appearances at debates, forums and in front of community groups.

Will Meyer is co-editor of The Shoestring. Nancy Stenberg is an organizer with the MNA.