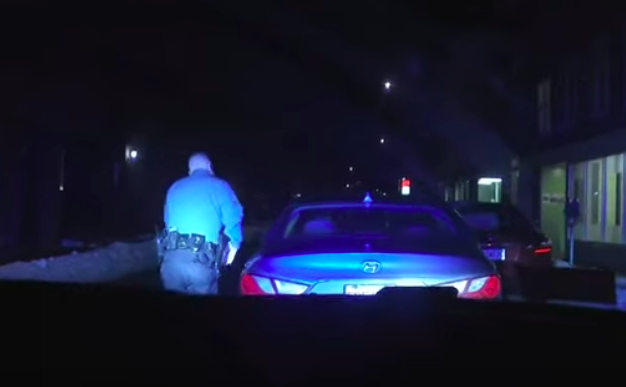 On June 16th Northampton Mayor Gina-Louise Sciarra signed the controversial $49,000 contract with Motorola Solutions, cementing a five-year agreement to purchase police dash cams from the technology giant. Sciarra’s authorization of the contract was expected, as the Northampton City Council voted to approve her signature on the contract in February of this year. Still, Sciarra’s approval of the agreement raises concerns about surveillance and privacy in Northampton.

Official approval of the contract had been slow moving because the contract was under revision to ensure that it is in accordance with Northampton city ordinances, including one that prohibits the use of facial recognition by any city employee. The revised contract that Mayor Sciarra signed also adheres to Northampton’s surveillance ordinance and states that surveillance technology, which is defined as “hardware or software that records and/or transmits the image, identity, movement or actions of individuals or vehicles in public places, including but not limited to video cameras, license plate readers, and facial recognition systems” is not to be used in one place for “a period of more than one day.”

This clause limits the stationary use of but does not prohibit this technology. Ben Brucato, Assistant Professor in the Department of Sociology and Criminology at Framingham University, described this change as “largely irrelevant,” underscoring the fact that the function of this technology is the same regardless of its placement or the length of time it is deployed. According to previous reporting by The Shoestring, the Northampton Police Department did not keep records of its temporary surveillance cameras.

The revised contract also gets rid of a clause that would allow Motorola to change the terms of the contract without notice and without the ability for negotiation. As previously noted, the original proposed language stated that “if [the] Customer does not agree to any such modifications, [the] Customer must cease using the Products and Services.” The city negotiated out of these terms. A new addendum allows the company to terminate the contract if the city were to violate terms put forth in the contract.

Ultimately, the contract still contains many of the terms community members, including some attorneys, saw as problematic, including those about data sharing between agencies and the use of footage for Motorola’s software research and development.

According to Brucato, Motorola’s selling point when marketing these cloud databases to police is that they can ease the chain of command traditionally needed to access camera footage, essentially allowing them to access footage without going through a more time-consuming protocol, enhancing work-flow and efficiency.

In an interview with The Shoestring, Saira Hussain, an attorney with the Electronic Frontier Foundation’s civil liberties team, noted that data stored on local servers is often safer than cloud storage because it is harder for federal agencies to bypass local privacy provisions. “Sometimes when this information resides with [a] tech company, and they have the same information as the user has, then it makes it that much easier for law enforcement to bypass the user altogether.”

In regards to the effects of this contract on already over-policed unhoused and non-white Northampton residents, Brucato added, “When we see the increase of police power in a town that is predominantly white and [increasingly] closed to the entry of working class and non-white people becoming residents in the community, what strengthened police power means is building up borders and shutting people out.”

In a statement to The Shoestring, Mayor Sciarra stated that she felt comfortable signing the contract with Motorola, “after ensuring that the contract complies with our ordinances and regulations and that the issues discussed with the city council around the use of dashcams and the ownership and control of the data had been addressed.”

While the contract itself does adhere to Northampton’s surveillance laws, the contract and the use of the cloud embedded within it leaves Motorola with uncurbed access to dashcam footage to use for its own purposes.

One of these purposes outlined in the contract is that Motorola is able to use dashcam footage to “operate, maintain, manage, and improve existing and create new products and services.”

“In the age of artificial intelligence, these millions of videos that Motorola is hosting end up serving as data to test new algorithms, whether they’re facial recognition algorithms, new automated license plate reading technologies, and so on,” anti-surveillance activist Chris Kitzmiller told The Shoestring, connecting the footage that NPD would be capturing to the perfecting of Motorola’s facial recognition products and software along with the development of new ones. The ordinance banning facial recognition technology only applies to employees of the City. However, the contract permits Motorola employees the ability to create and improve new products–including those used for facial recognition.

Thus, while the contract technically falls within Northampton city law because the workers creating these new products are not Northampton municipal employees, Motorola’s potential use of the data that it collects is antithetical to the law’s intent as Article I in Chapter 290 of Northampton’s Code of Ordinances explicitly prohibits facial recognition technologies.

In addition to Motorola being able to use Northampton’s video images to test and perfect future products, Motorola will be able to share Northampton’s data with third parties. As the contract language states: “Customer grants WatchGuard and its subcontractors a right to use Customer Data and a royalty-free, worldwide, non-exclusive license to use Customer Data (including to process, host, cache, store, reproduce, copy, modify, combine, analyze, create derivative works from such Customer Data and to communicate, transmit, and distribute such Customer Data to third parties engaged by WatchGuard.”

This clause was widely criticized by members of the public, who noted that Motorola subsidiary Vigilant Solutions was found to be sharing sensitive information with ICE. The company, which Motorola purchased in 2019, helped the agency carry out deportations in sanctuary cities with ordinances similar to those on the books in Northampton, according to documents obtained by the Northern California ACLU.

The creation and perfection of new facial recognition and AI technologies using data from Northampton along with contractual language that could allow for the sharing of sensitive information with third parties is not the only reason that activists are concerned about Northampton contracting with Motorola.The company is also currently on a United Nations watchlist for its role in providing surveillance equipment to illegal Israeli settlements and checkpoints in occupied Palestinian territories.

Additionally, there is strong circumstantial evidence supporting claims that Motorola intends to purchase the extremely controversial and prolific facial recognition company ClearView AI, which has been used by police to track down and incriminate Black Lives Matter protestors in addition to violating American civil rights more generally through its compilation of 20 billion images of people that are sent directly to the police. Clearview’s software is banned in Canada.

While dashcams and police surveillance  are often touted by well-meaning activist groups as a means to hold police accountable, this goal has been met with mixed results according to attorney Dana Goldblatt, who told The Shoestring, “there is a long history of these tools being used to prove criminality.” Brucato added “evidence supports that, in practice, these technologies have functioned the way that their creators have intended them to which is to criminalize civilians and exonerate police illegal and extralegal behavior.”

“Officers are good at looking at pictures,” Goldblatt said, citing the reliance on video footage as being one of many tools that they use to criminalize civilians and shut down the potential for issues to get taken to trial.

Hussain also noted that police unions can play an outsized role in thwarting police accountability measures when it comes to releasing video evidence. “Oftentimes, what we’ve seen is police unions have been able to negotiate their way out of actually presenting that footage to the public, and oftentimes, they’re able to take a first look, and then figure out what their narrative is based on that look.” She added that when police are able to see the footage before the public that “can really change the way in how effective the technology is, and how objective the technology is.”

“And we just see the importance of that because too often law enforcement in particular can be sold on these surveillance technologies that they claim that they really need to use in order to solve crime. But we really see what it does is puts the whole population under surveillance without really any input on how they’re being surveilled.”

Mo Schweiger is a writer, barista, and lover of pop culture living in Amherst with their roommates who they love very much. Will Meyer contributed reporting.