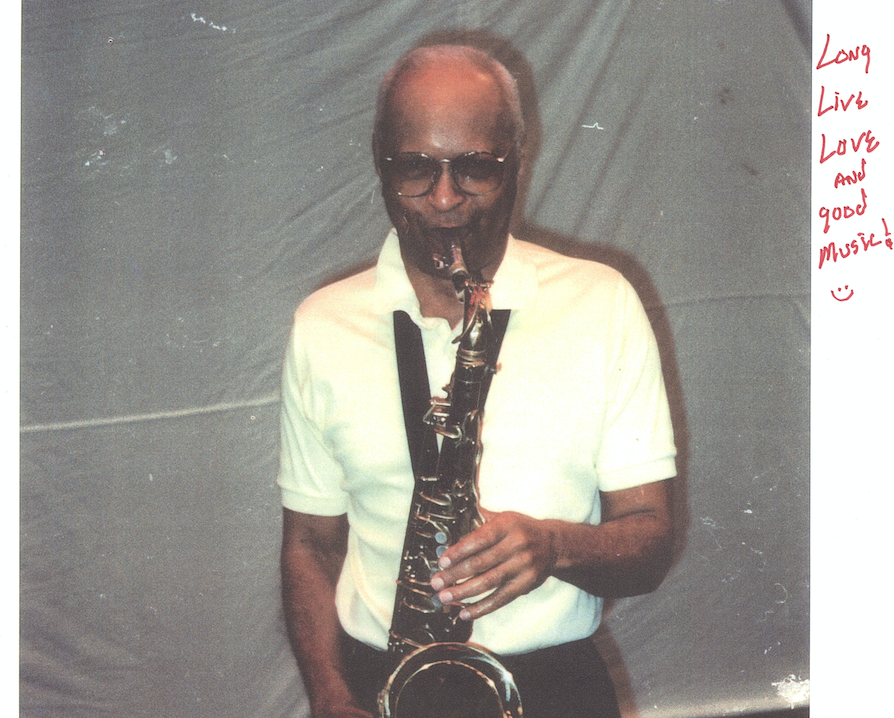 The music of the late incarcerated abolitionist will be performed in Florence this Saturday.

Lois Ahrens never anticipated that the sheets of music paper that she sent to her friend, incarcerated musician Tiyo Attallah Salah-El, would be transformed into an album. The two struck up a friendship after Salah-El requested a copy of the comic books that Ahrens spearheaded through her organization, the Real Cost of Prisons Project, which featured the stories of incarcerated people in an effort to raise awareness of their situations alongside newsletters intended to help people in prison.

“I sent the comic books and a note and Tiyo, being the person that he was, wrote me back immediately” says Ahrens. During the first year of their correspondence, Salah-El mentioned to Ahrens that he was a saxophone player but that he did not have any music paper onto which to transcribe his melodies. A few months and 50 sheets of music paper later, a package full of songs arrived on Ahrens’ doorstep from Salah-El.

“From 2005-2018 I tried to find different sax players to just play me the music, because I don’t read music and wanted to hear what it sounded like. Each one of them flaked out” says Ahrens. After Tiyo’s death in 2018, a saxophone player from New York who had committed to playing the songs called Ahrens from the road to Northampton, where she has lived for 40 years, to drop out. He recommended that she reach out to his professor, Felipe Salles. Salles, who Ahrens describes as a “great great great great great great great guy,” was not only interested in playing the music for her, but in recording an album of Salah-El’s songs. The two applied for and received a grant from the Garner-Glaser Foundation that provided them with the $5,000 that they would need to record and arrange the album, and after a three-year hiatus while Salles created his project The New Immigrant Experience with the money from his recently-earned Guggenheim grant, nine of Salah-El’s tunes were recorded for the album.

Now, the live debut of Tiyo’s Songs of Life is set to take place on Saturday, June 11th, at Bombyx Center for Arts and Equity in Florence. The event will be a celebration of Salah-El’s legacy, in addition to what promises to be a lively concert at which UMass Amherst professor and saxophonist Felipe Salles will perform his arrangements of Salah-El’s compositions alongside pianist Zaccai Curtis, bassist Avery Sharpe, and drummer Jonathan Barber.

Salles says that he was careful to maintain Salah-El’s intentions in his arrangements of the songs. All of the melodies heard on the album are Salah-El’s original writing, with all additions in the arrangement being ones that enhance what Salah-El envisioned. “What the music, to me, sounded like was music that was heavily influenced by swing, bebop, and maybe some post-bop or hard-bop, blue note era type music… I was trying to figure out grooves based on the era that I thought influenced his music” Salles says when asked about the process of arranging the work of an artist he could not consult. The result is an album that is grooving, lively, and full of soul.

Salah-El’s story is, while tragically common in its origins, unique in its protagonist’s determination. After a drug deal went awry, Salah-El  was convicted of murder and sentenced to life without the possibility of parole, which he served at the State Correctional Institute at Dallas in Wilkes-Barre, Pennsylvania, where he lived until his death in 2018. In prison, Salah-El was able to find ways to live a rich life even in the face of a system built to repress him. He taught saxophone lessons, tutored hundreds of people in order to help them obtain GEDs and thus be eligible for parole, wrote extensively about prison abolition, completed and published an autobiography, was a correspondent for Gay Community News in Boston (even though he was not gay himself), and earned both a bachelor’s degree and a Master’s degree. Above all, says Ahrens, “he was able to keep his personality to a large degree: very open, very loving, very engaged, very positive despite being in prison for 50 years.” This, along with all of his accomplishments (that are impressive in their own right), was his “revenge to the system,” according to Ahrens, who remarks that “they tried to grind him down and they couldn’t.”

The Bombyx Center for Arts and Equity in Florence was intentionally chosen as the venue for Tiyo’s Songs of Life. In the 1800s, the space was home to a group of activists, farmers, and silk manufacturers who, according to the Bombyx website, founded the Northampton Association of Education and Industry to fight for temperance, gender equity, religious tolerance and, most prominently, the abolition of slavery. The choice of location reflects the link between the history of enslavement in this country and the modern-day prison industrial complex that kept Salah-El locked away for the majority of his life, as well as the continuation of abolitionist work in Florence.

Both Salles and Ahrens expressed their hopes that this project and event will open people’s eyes to the cruelty of prisons and the humanity of the people that they have affected. “I don’t believe that the penal system is doing a good job of making people better. There are many things that we need to talk about and reevaluate. Hopefully music can be a good entrance point to doing some of that” says Salles.

“I want to show people that the people serving these sentences are actual people with lives and songs and intellect and families and people that care about them. They are creative human beings, and this is what we’re doing to them,” adds Ahrens about her hope for the event and her broader abolitionist goals. Above all, both Ahrens and Salles hope that attendees enjoy the wonderful music that Salah-El created and feel called to action by his legacy.

For more information or to purchase tickets, see the event page on the Bombyx Center’s website.

Mo Schweiger is a writer, barista, and lover of pop culture living in Amherst with their roommates who they love very much. Photo courtesy of Lois Ahrens.