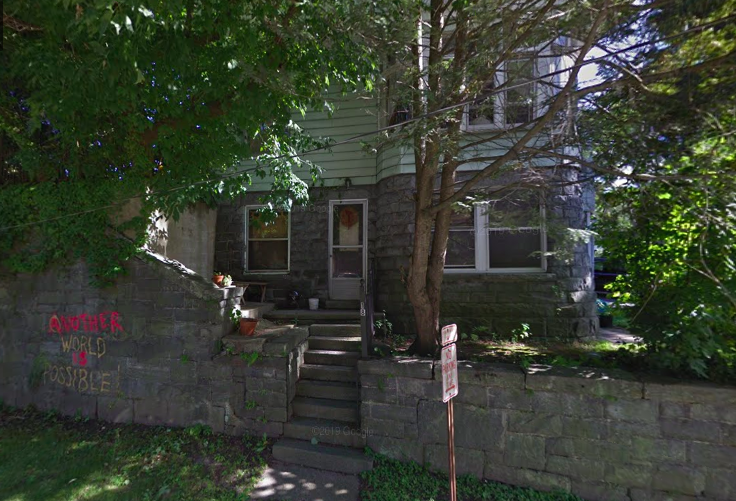 NORTHAMPTON — Retaliatory eviction notices have been served by Bridge Street Properties to the tenants of 75 South Street in Northampton after they formed a tenants’ union in response to a 30% increase in rental prices.

Noelle, who has lived with her partner at 75 South Street for 4 years, spoke with The Shoestring, under the condition that we would use a pseudonym to avoid retaliation, about the difficulties that arose after the building was sold to Bridge Street Properties in April of this year.

“Before the property management company came in, in terms of a tenant-landlord relationship it was what I needed it to be,” Noelle said of the building’s relationship with its previous landlord who owned the building for 35 years. Under her original landlord, Noelle’s rent was $1080 per month, a rate that was the result of $10 increases over the last four years and is well below the average rate in Northampton.

After the sale of the building to Bridge Street Properties, Louis Poulin became the building’s property manager. “He seemed to have no idea what was going on with the building when the former landlord left,”  Noelle said about her first impression of Poulin. She describes him touring each apartment in the building after the sale and mentioning at the very end of each visit that rent would be raised by 30% in August even though Noelle’s lease period began in September, making this change illegal. Poulin could not be reached for comment.

The increase in rent was not the only issue that arose when Bridge Street Properties took over the building, though. “Louis added everyone to an online portal to pay rent online with an extra charge. Any communication regarding maintenance had to go through that portal, making it so that there was no longer a person you could call in an emergency situation,” Noelle said.

In response to these changes, Noelle and her partner reached out to the tenants in the five other units in the building. “As soon as the building was sold we did door knocking outreach and got everyone’s email address and phone number,” she said. This proved helpful because, after all six units compared rental prices in the wake of Poulin’s threatened hike, the residents of 75 South Street decided to form a tenant’s association. “Forming a tenant’s association is the best way to protect against retaliatory rental raises,” Noelle said, who describes the experience of forming the association as “really positive.”

On June 15th, the association sent Bridge Street Properties an email requesting to “meet collectively with management to negotiate future changes to the building and leases as a group.” This email, along with every single email from the association’s email address, went unanswered. Noelle claims that her upstairs and downstairs neighbors attempted to make in-person contact with Poulin but that he would not look them in the eye.

While emails about meeting with management went unanswered, the next week tenants began receiving notices of lease non-renewal one by one, a phenomenon that they believe is in response to the formation of their association. This is in direct violation of Section 18 of chapter 186 of Massachusetts law which states that “The receipt of any notice of termination of tenancy…within six months after the tenant has…organized a tenants’ union..shall create a rebuttable presumption that such notice…is a reprisal against the tenant for engaging in such activities,” which the law strictly prohibits.

“The first tenant to be served was our downstairs neighbor, the only person of color in the building. He had to leave because he had extenuating circumstances that would make an eviction suit be[come] a significant issue for him,” according to Noelle. Aside from him, every tenant at 75 South Street planned to remain in place regardless of being served notices of non-renewal because of the illegality of their retaliatory nature in hopes that Poulin “will keep making missteps and sending non-renewals because that’s the only way we can trigger retribution and go to housing court.” “It feels really alarming to be in a situation where you’re waiting for an eviction notice” says Noelle, continuing that “We have strength and solidarity but that can only get you so far in an unstable housing situation.”

After another period of silence from Poulin during which he cashed her August rent check, Noelle received an email from him on August 30th asking to “coordinate a final walkthrough” of her apartment and for her to return her keys. “It was really destabilizing because we thought we were in the clear” says Noelle, who replied to Poulin’s email stating the illegality of the eviction because of his failure to provide a 30-day notice of nonrenewal. Poulin refused to answer the question of the legality of this action, and served Noelle and her partner as well as their upstairs neighbor eviction notices.

Thus, Noelle and her neighbors are taking action. “We met with the law firm Heisler, Feldman and McCormack in Springfield who recommended moving forward as a class suit with all of the members of our tenant’s union,” Noelle said, who shared that the firm thought that they had the potential for a strong retaliation suit. “It’s so frustrating that this is all in reaction to us not wanting our rents raised” she says.

Still, Noelle and the other members of the association feel hopeful and energized about the organizing that they are doing and its place in a broader trend of unionization and tenant advocacy. “We hope that us making this fight will have a positive impact for other renters even if what we want doesn’t end up happening,” says Noelle, adding that “We have enough community here that if all of our stuff was thrown out on the street tomorrow we would get through it together”.

Mo Schweiger is a writer, barista, and lover of pop culture living in Amherst with their roommates who they love very much.