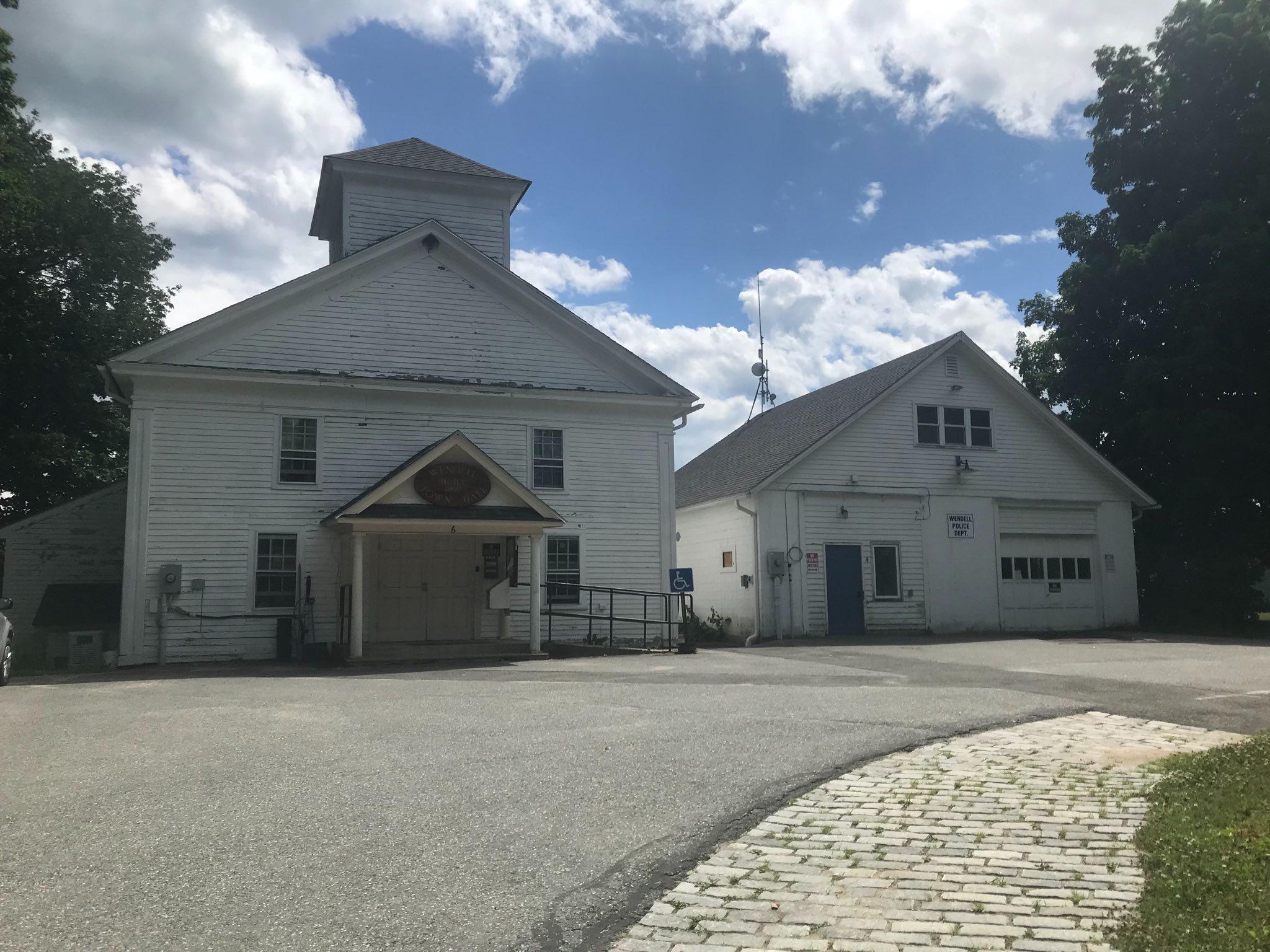 Since the police murder of George Floyd in 2020, many have questioned the harms of American policing. Recently, policing in Western Massachusetts has produced grave harms: Springfield Police murdered Orlando Taylor in December, Pittsfield police murdered Miguel Estrella in March, and the Greenfield police department was found guilty of racist practices in May—not to mention countless smaller incidents that have received scrutiny from the press and public alike.

In an effort to shift directions away from policing’s penchant for volatile encounters, a mental health clinician joined the police forces of Gill, Erving, Wendell, Northfield, Leverett, Warwick, and Bernardston as a shared co-responder this May. The new position is meant to provide safer and more appropriate resources and outcomes to people experiencing a crisis. Some hope that the arrival of ‘alternatives’ like co-response will solve policing’s systemic problems, but others The Shoestring spoke to believe that folding a co-responder into Police Departments may do more harm than good.

In the co-responder model recently begun in Gill, Bernardston, Northfield, Leverett, Wendell, Warwick, and Erving, a mental health clinician employed by Clinical & Support Options is embedded with police to collaborate on 911 calls that involve mental health challenges and other life crises. The clinician will also be doing community building outreach at senior centers and public schools, according to the Greenfield Recorder.

Co-response models are funded at the state level by jail diversion programs. They are part of an umbrella of strategies that seek to minimize arrests and reduce encounters with police that result in use of force. While co-response is an alternative model to traditional policing that many communities are clamoring for, it’s important to note that there are currently no state-directed funding opportunities in Massachusetts for non-police crisis response programs.

The shared mental health clinician currently collaborating with the above-mentioned regional departments could secure long-term funding for their position with a $90,000 grant from the state that’s expected to come through on July 1. When the local police departments began discussions to share a co-responder earlier this spring, community members attempted to push back, but were too late to halt the application process, according to organizers with the Greenfield People’s Budget.

Interest in co-response and other less violent means of responding to people in crisis has surged in popularity since calls to defund or abolish the police grew louder in 2020. This has led local organizers to ask how the future of non-police crisis response programs can be built. Those who oppose the co-response model see it as an expansion of police power and funding into an area of service they are proven to be ineffective in.

“When I first heard that Gill and the other regional towns were entering into an agreement to have a social worker present with police responses, I was actually very positive about it,” said Judd Greenstein, a resident of Gill. After speaking with organizers on the Greenfield People’s Budget team, and doing some independent research, Greenstein came to feel differently.

“There is a major distinction between what we’re looking for, and what’s actually happening,” said Greenstein. Decentering and removal of police from mental health crises is the long horizon of what co-response seems to offer on the surface, but in practice it can expand police reach and scope.

Social workers and other professionals who must interact with the police when clients are in crisis have been critical of the co-response model. Rep. Lindsay Sabadosa introduced the ACES bill specifically to provide state infrastructure for non-police response models. “When we were writing the bill, we talked to social workers who had been embedded and their primary concern was that the call is not led by social workers. It’s led by police,” said Sabadosa.

Brittany Delaney, a social worker based in Worcester, shared that many of her clients are predisposed to fear uniformed personnel. “These people have seen trauma. A lot of them. A lot of my young adults have been in the Department of Youth Services. They’ve had not-great interactions with the police. And so an already overwhelming situation for these kids gets worse when they see someone in uniform like that,” said Delaney.

“I have found in my own personal experience that the minute you mention that the police might be coming, it often triggers young adults who are already in a really precarious place,” said Delaney. In this view, responding to mental health crises with a police presence can make the social worker’s job even harder.

“The second issue is that police are not taught to take a backseat to anyone. They are militarizing.  They are taught that they are going into an enemy combat type of situation,” said Delaney.

So-called community policing (of which methods like co-response are a large part) suggests gentler, more people-centered forms of police work. And yet, police departments nationally are ramping up on deadly violence. Crisis Intervention Team, an organization that trains police departments in the basics of how to respond to people experiencing mental health disorders, explicitly recommends against the co-response model.

One way to read the heavy police interest in expanding to offer co-response is that departments are anxiously staring down what their critics suggest could be future obsolescence. “I think that’s honestly what people are afraid of is realizing that you don’t necessarily need the cops, because they need to make themselves useful. If they don’t have a job, they’re not useful. They need to make it look like they’re useful,” said Delaney, commenting on Police Department enthusiasm for taking part in crisis-response.

This Spring, Greenfield People’s Budget organizers were dismayed to discover that while there was a $90,000 grant readily available for the coalition towns to do co-response, “there are no state grants for programs that are not based in the police,” said organizer Jon Magee.

On the lack of funding, Rep. Sabadosa shared that “everybody wants to do something to have a better behavioral health response. But most people in Massachusetts still think that is co-response. And that’s where all the money is being driven. Even though there’s already a lot of money for it.”

Since the spring, organizers have been rallying residents of the coalition towns to think critically about what co-response means for their communities. “Our work is centered around the fact that there’s this kind of dangerous momentum to pursue this model, without a full understanding of what this model actually means,” said Maddox Sprengel, a social worker in Turners Falls, speaking on the efforts by the Greenfield People’s Budget.

Organizers with the People’s Budget insist that co-response is the wrong route forward. “It’s very much a superficial sort of program, a tweak to an existing system that is just totally dysfunctional,” said Magee.

The logistics behind funding these co-responder positions points to an expansion of police power. The grant for the co-responder position goes (at least in part) to the Police Department and often ends up requiring an expansion of police staffing to accommodate the mental health professional who joins the team. Speaking to the Greenfield Recorder about the benefits of sharing one clinician across multiple towns, Gill Police Chief Chris Redmond said, “if you have a full-time mental health clinician, you’re going to need a full-time officer to commit from your team.”

And yet, even without a funding pipeline or supportive state structures, local non-police alternatives continue to grow. In Amherst, Community Responders for Equity, Safety & Service (CRESS) is getting off the ground, drawing the attention of WBUR. In Northampton, the new Department of Community Care is taking shape.

“Police have never been the right people to respond. And the answer to that is not to then embed social services to try to solve that problem. It’s a much bigger need of tangible resources to change the material conditions in people’s lives that are leading to the reason for the crisis in the first place. If we zoom out, we can really see the limits of a co-responder model,” said Sprengel.

Echoing the experiences of social workers who have seen how police presence in co-response can escalate a vulnerable person in crisis, Magee shared that co-response is philosophically no different from traditional policing. “It might feel a little more friendly, but in the end, it’s still backed up by the use of force and a coercive arrangement,” said Magee.

Activists and academics who research the police are largely critical of Police Departments expanding into new ‘service’ territories. University of California professor Ruth Wilson Gilmore has spoken and written about this frequently, and in her eyes, it’s a dangerous trend: “many of the agencies of organized violence, such as jails and prisons and police, are absorbing social work functions, mental health care functions, things that they actually can’t do,” Gilmore said recently on The Intercept podcast.

As co-response continues to become de rigueur, the concerned citizens of Gill and elsewhere are determined to change the playing field. “It’s a hard slog that we all have to go do. To ask, what do we need? And to ask the most vulnerable members of our communities, what their experiences have been, and how they would like to envision these encounters that they’ve had going differently,” said Greenstein.