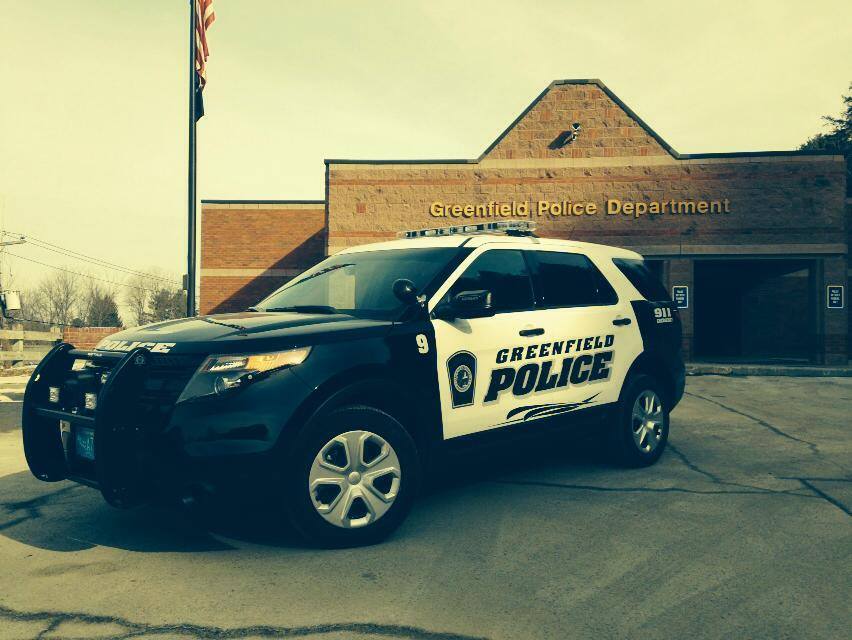 GREENFIELD, MA — On May 19, Greenfield City Council voted to deny the Greenfield Police Department a $1.35 million capital request towards a station renovation. Previously, Police Chief Robert Haigh had submitted an un-itemized request proposing renovations that would total $5 million over five years. Whether the request’s lack of detail was poor bureaucracy, or a sign of the police’s historical entitlement to public funds, its presence this budget season drew criticism from residents and councilors alike.

This “no,” and the conversations surrounding it are connected to a growing local desire to provide alternatives to traditional policing. As communities across Massachusetts mobilize to implement changes, they’re also beginning to hold police department spending more accountable to the needs of residents. April and May saw a burst of budget organizing lead by

Greenfield People’s Budget. Organizers and their allies seized on this instance to pose questions around how public monies are dispersed, and who gets the most say in the process.

The Greenfield People’s Budget group began last summer during the national reckoning with race and police violence following the murder of George Floyd. Participatory town & city budgeting is an explicit part of the platform laid out by the Movement For Black Lives, and cities like Los Angeles, CA, and Nashville, TN, have had considerable success agitating to fund services, not cops.

A first step towards growing any people’s budget project is “soliciting and supporting the feedback of the people who are currently the most underrepresented in budgeting decisions.” said Mariana Ritchey, a Greenfield People’s Budget organizer.

“In our dream vision of the People’s budget, it will be envisioned by houseless people, people of color, people who have addiction problems, people with mental health crises, all of the people who are currently struggling and who currently have the most impact with police,” said Ritchey.

When Chief Haigh submitted line items to the City Council, he drew criticism from Councilors for a number of reasons. First, there were four projects without an estimated cost attached to them, which Councilor Douglas Mayo objected to at the May 19th meeting, saying, “that’s a lot of money for four question marks.” Next, the proposed renovations were largely cosmetic like a new garage and new blacktop. There were also items designed to improve quality of life for employees, like more gender neutral space in the locker rooms, and an improved dispatch office.

During the April 21st City Council meeting, before voting on May 19, the Chief defended his request with an emotional speech, insisting that the renovations were a necessary part of staying accredited. “You wanna punish the police? That’s fine, you’re gonna punish dispatch too. What I’m talking about is accreditation, I want accreditation things accomplished,” said Haigh. The Greenfield Police Department earned accreditation in 2019, but must be recertified every three years.

Accreditation is a process designed to enhance public safety service delivery, avoid liability lawsuits, gather better data, and hold police more accountable to communities. However, it’s criticized by many as police reviewing the police. Indeed, accreditation came from within police departments as a response to increased lawsuits by victims of abuse over the past 20 years. Now, in national conversations around defunding and abolishing policing as we know it, the imperative is to hold police accountable to the people, and not police accountable to police.

Haigh went on to insinuate that if the department did not receive funds for renovation, it could threaten their accreditation, or result in an even larger issue.

“I’m just telling you, if we get the 1.3 this year… or whatever you give us … I’m gonna do whatever I can to make sure we keep that accreditation, that certification, that statewide recognition so we don’t end up like somebody else in this nation,” said Haigh.

Haigh concluded by saying that staying accredited was essential to keeping the Greenfield Police Department out of lawsuits, seeming to draw a connection between station quality and police behavior.

Accreditation, police practices, and public spending, are all focuses of the Greenfield People’s Budget. “These are real topics that people all over the Pioneer Valley are talking about. It isn’t just LA, it is happening here too, and we can all participate in building a new world.”

The People’s Budget goal is to square something like this latest capital request with the actual experiences of Greenfield residents who are the most policed. Will new blacktop, a better garage, and bigger locker rooms decrease harmful contact between officers and vulnerable people? Could mental health professionals have a bigger role in crisis response?

“Together here with our towns we can confront our particular needs and manage our particular communities in a way that is authentic to what the people in these places need, what would help them thrive,” said Ritchey.

Sierra Dickey is a writer, educator, and organizer in Vermont. Read her on Twitter @dierrasickey. Photo: Facebook.