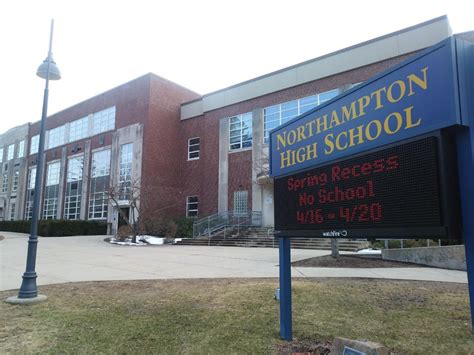 NORTHAMPTON — The Northampton Public School Committee currently has a number of meetings for which minutes have not been drafted or approved dating back to at least 2021, likely in violation of the Massachusetts Open Meeting Law.

The extent of the missing minutes was discovered by The Shoestring in response to an Open Meeting Law complaint filed on Oct. 21, after the School Committee failed to provide it with meeting minutes from the past two years. Both the open meeting law, and the Massachusetts Public Records law state such requests must be answered within 10 business days. The complaint was filed after The Shoestring learned that the request could not be fulfilled because minutes from some of those meetings did not exist. The Public Records law prohibits a Records Access Officer from creating a record to satisfy a records request.

On Nov. 16, the School Committee responded to the complaint via a letter from the law firm Sullivan, Hayes, and Quinn. The full response, which includes the original complaint, can be read here. Along with their response, the committee provided some minutes from School Committee meetings between Jan 2020 and April 2022. You can read those here.

“With respect to the Complaint, the School Committee acknowledges that it has a current backlog of outstanding School Committee minutes for public meetings that have not been drafted and approved that extends from the close of April 2022. There are also a few minutes that were not approved from earlier meetings i.e. March 13th, August 13th, September 10th, and January 11th of 2021, that remain outstanding,” reads the response letter.

“Over the past several years, the number of School Committee, its subcommittees, and its advisory committee meetings have grown significantly, yet the resources available to the public schools to stay ahead of the minutes have not increased,” explains the letter.

According to Vice Chair of the School Committee Gwen Agna, in 2022 alone, there have been 80 meetings of either the School Committee or one of the numerous Ad Hoc or subcommittees under its jurisdiction. In addition to the quantity of minutes, the typical length of School Committee meetings in Northampton are notoriously long. Of the six meetings this year for which The Shoestring has been provided minutes, the shortest is from Feb. 28, clocking in at just over three and a half hours.

Agna attributes the substantial length of these meetings in part to the city’s hyper-engaged residents who show up to speak during the public comment section. While this is not an uncommon occurrence, The Shoestring’s analysis of 2022’s minutes did not establish a direct correlation between the number of public comments made and meeting length. At the speedy Feb. 28 meeting, the minutes show 11 people made public comments. Only five public comments were made at the previous meeting on Feb. 10, which was five hours long. On Jan 27, the Committee received no public comments, and the meeting lasted four hours and 14 minutes.

Since Nov. 16, no additional minutes have been provided to The Shoestring, and it remains unclear as to the status of minutes for all subcommittees, which were not explicitly included in the original complaint.

Part of the problem with the minutes is that a transcript of the meeting’s proceedings is inadequate. “Our office’s responsibility is to enforce the Open Meeting Law as enacted by the Legislature. The Open Meeting Law requires that meeting minutes be created, which must include a ‘summary’ of the discussion on each topic,” Assistant Attorney General Carrie Benedon told The Shoestring via email, adding, “it has long been our office’s interpretation that a transcript is not a ‘summary’ and therefore does not satisfy the law’s requirements.”

The last time the Open Meeting Law was amended was 2010. While it’s unclear if the reason for the Attorney General’s ‘summary mandate,’ is merely pragmatic, recent advances in automatic speech recognition technology mean that if transcripts were permitted, the most labor intensive parts of drafting minutes could be almost entirely automated, something which wouldn’t have been possible using 2010 technology.

The School Committee is similarly hoping software will help it get out of its current jam. It plans to implement an $18,000/year software-as-a-service product called Board Docs. If and how BoardDocs will solve the Committee’s problems remains to be seen. A promotional video outlining the software’s features mentions it has the ability to auto generate minutes, but a sales rep from the company refused to answer any questions about the software’s functionality, or how it works. Presently, there exist AI models that are capable of summarizing a transcript, such as Open AI’s GPT3, but this technology is very new, and has unproven accuracy and auditability.  While the school committee seems to be banking on a software solution, the outstanding minutes have yet to be released. An additional request for the minutes from any executive session that has occurred in 2021 or 2022 was not immediately responded to. On the city’s online agenda center, where agendas and minutes from every other public body in the city are posted, there are no minutes available for the School Committee or any of its subcommittees dating back to 2017, the earliest year available through the web portal. The School Committee claims it has minutes dating back to 1899, and requested a fee of $10,000 to produce them. The Open Meeting Law in Massachusetts was first enacted in 1958, and its current iteration states that public bodies may not charge a fee to provide copies of meeting minutes.

Jonathan Gerhardson is a writer and journalist living in western Massachusetts. Send news tips and inquiries to jon.gerhardson (at) proton.me.