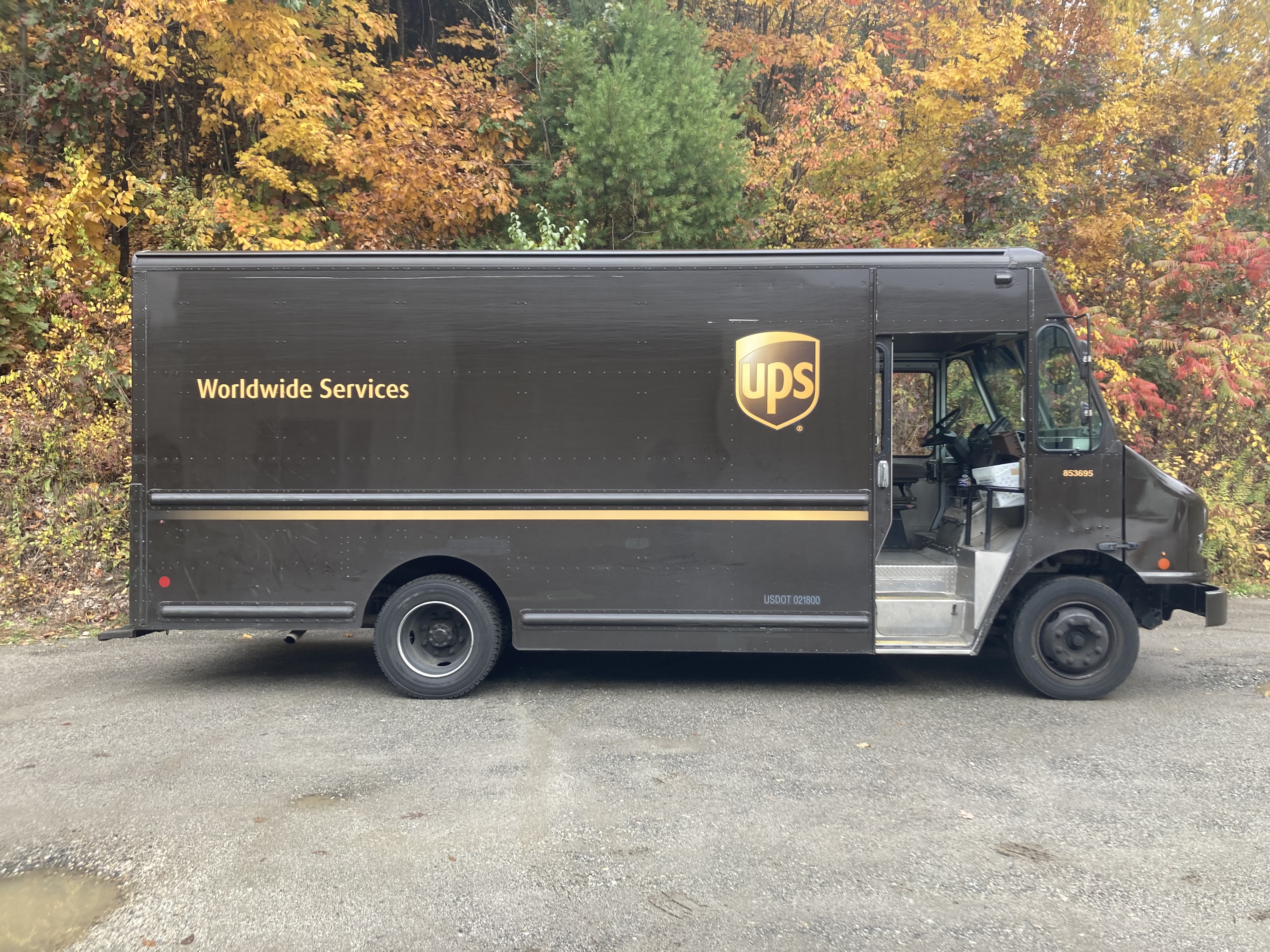 Court finds unionizer’s activities to be harassment towards former supervisor

WEST SPRINGFIELD — Dan Arlin had been a driver for UPS in West Springfield, and a member of Teamsters Local 404, for 22 years. He was also 404’s elected union steward. On March 23, he was fired for allegedly stealing time by a supervisor he’d been working under for only one day, after agreeing to switch his role driving tractor trailer trucks to fill a temporary need for more local delivery drivers. On Sept.16 Arlin, made a facebook post that read in part:

Next Friday, Sept 23rd, marks 6 months since my termination on trumped up charges in complete retaliation for my union activities. With no scheduled movement on my case till Nov 2nd! My son and I have lost our health insurance, unemployment is set to run out soon and even though I have documentation that clears me of 2 of the 3 charges and proof management destroyed evidence that would clear me of the 3rd charge. Here I sit still out of work!! 🤬

So, next Sat, Sept 24th at 8am till about 10am (come for 10 mins or 2hrs), I’m holding a protest outside the West Springfield UPS facility.

RALLY CANCELED for this Saturday, 9/24! My battle with UPS has reached the legal level. I’ve been issued a Harassment Prevention Order and have been advised that my rally will only play into their hands. I have all the proof I did nothing wrong in losing my job and am certain I will prevail at court fighting this temporary court order. It only makes sense to concede this battle (metaphorically speaking) by canceling to ultimately win the war! (metaphorically speaking) Thanks for the continued support and solidarity!✊️❤️✊️❤️

Frank Benjamin, the supervisor who fired Arlin, was the plaintiff. He sought an ex-parte order against Arlin on Sept. 20. He claimed that Arlin harassed him at a rally held in August, and since then, his 16 social media posts criticizing UPS management — including a Tik Tok video that depicted Benjamin as Uncle Fester from The Addams Family — were further proof that Arlin had it out for Benjamin.

At the Oct. 4 two-party hearing to either extend or terminate the Harassment Prevention Order, Springfield District Court Judge Michele Ouimet-Rooke reviewed Arlin’s Tik Tok video, dictating the content for the record: “It takes an army of assholes and a pile of their two poopy emojis to try and take me down,” she read.

For Arlin, the hearing was an attempt by management to stifle not just his right to free speech, but his protected union activities ahead of the end of the current Teamster’s contract with UPS next June. He felt the timing of the order, just 4 days before his scheduled rally, was clearly a farce meant to stifle his right to rally and picket protected by not just the National Labor Relations Act of 1935, but the First Amendment to the United States Constitution.

For Benjamin, the Tik Tok video was the last straw that caused him to “fear, not only for me, but for my family,” he said.

Ouimet-Rooke was not persuaded that the video was threatening. “People can use social media. And they can use words and say certain things, and it’s protected constitutionally,” she said.

But after reviewing other evidence, she ultimately ruled against Arlin, granting Benjamin’s Harassment Prevention Order extension for one year. “In the climate of what was happening, the plaintiff felt [intimidated],” said Ouimet-Rooke.

That the timing of the order came before a previously scheduled rally, as well as an arbitration hearing for Arlin’s reinstatement in November, effectively canceling the rally, and potentially negatively affecting Arlin’s chance to get his job back, might be seen as convenient for UPS higher-ups hoping to prevent more media coverage of the Teamsters’ campaign ahead of their contract renewal.

There’s a high likelihood that a nationwide strike will take place, something that hasn’t happened since 1997. Arlin has not been charged with a crime, but the new order now effectively makes it a criminal act for him to picket outside his former place of employment. Since Arlin is the elected steward of Local 404, his inability to be near the UPS hub could hamper local organizing attempts. Bryan Donovan, President of Local 404, did not immediately respond to a request for comment.

Arlin has filed multiple complaints with the National Labor Relations Board (NLRB) over both his firing and what he views as Benjamin’s retaliatory use of a Harassment Protection Order. (The Shoestring has filed Freedom of Information Act requests for documents pertaining to these cases and will update as information arrives.)

Arlin is not the only Teamster saying they’ve faced retaliation. As reported by Teddy Ostrow for The Nation last month, a number of Teamster drivers have been terminated for demanding, among other things, that UPS provide safer working conditions for local delivery drivers.

UPS workers have been struggling to do physically demanding work in record high temperatures in recent years. Most local delivery trucks do not even have a fan for climate control, and the cargo area in the back has been reported to get as hot as 150 degrees. Furthermore, Teamsters accuse UPS of abusing a clause in their contract, usually reserved for short periods of high demand like Christmas or Mother’s Day, to make drivers work overtime, and without a two day weekend throughout the pandemic, which saw a massive increase in online shopping.

“Working 10 to 12 hour days, five, six days a week, your body wears down and it can make you very susceptible to heat related injuries and even to the point of heat related deaths,” said Arlin to this reporter in an interview for The Reminder last month.

In August, the Teamsters demanded UPS provide notice on how they plan to protect employees. UPS responded that they were providing evaporative cooling towels, moisture-wicking uniforms, and “expediting the installation of fans in their trucks.”

On August 2, Arlin took up the Teamster’s call to action which urged local unions to begin campaigning for better conditions ahead of upcoming contract negotiations. He and a fellow Teamster Lillian Zavatsky, a part time worker, rallied at the West Springfield UPS hub. Zavatsky, as a current employee, did so on company property, while Arlin held a sign in a vacant lot across the street. The sign read “I’M STILL HERE.” When Benjamin came to the edge of UPS property to film Arlin on his phone, Arlin yelled “I’m still here, Frank!”

It didn’t help matters that the following day Arlin arrived with a megaphone. “Again, targeting the plaintiff by saying ‘I’m still here, Benjamin,’” the judge recounted. “And that’s after the… threat when he was being fired,” she added, referring to Benjamin’s claim that Arlin told Benjamin he would “make him pay.”

In court, Arlin denied that wording. He presented a statement made by Benjamin to the union following Arlin’s firing. It read:

Arlin argued that Benjamin’s statement “directly conflicts” with the testimony he gave in court.

It is notoriously difficult to fire Teamsters. The union is the fourth largest in the country with 1.3 million members, and the largest union made up of primarily private sector employees. 350,000 of UPS’s 534,000 employees are members of the Teamsters union. The grievance and arbitration process is complex, and makes it difficult for management to permanently terminate a UPS driver.

“99% of the time it doesn’t stick,” said a member of the unofficial UPS employee forum browncafe.com in a 2021 thread about driver firings. The forum is filled with anecdotes about the oftentimes absurd, tedious, and adversarial relationship between Teamsters and Supervisors. “If you work here for 30 years: 1) you will get a hernia 2) you will be fired at least once,” said member Shift Inhibit, in the same thread. Whether Arlin will lose his job permanently has still not been decided.

As for whether he harassed Benjamin, the final straw, in Ouimet-Rooke’s opinion, was Arlin’s actions on Aug. 5, which she described as “the guise of needing water.” That day, which saw highs of 95 degrees in West Springfield, Arlin was out picketing again. After about an hour, Arlin sent a text to another supervisor, Mike Duplin, requesting permission to come inside and use the bathroom and refill his water bottle. Duplin apparently didn’t respond, but when Arlin saw Benjamin walking out of the building, he approached his former supervisor. “He came right up to me,” said Benjamin.

Benjamin testified that Arlin came within a foot of him. The Shoestring has not independently reviewed this footage, but during the court’s review of it, Benjamin stated that “Arlin is around the corner and you cannot see him.” Arlin told The Shoestring he estimated the distance between himself and Benjamin was about ten feet.

Benjamin said that when he saw Arlin, he “immediately asked Mr. Duplin to stand with him and I ran to the building called the labor manager,” who apparently instructed him to call the police and then bring Arlin some water. Benjamin returned with two waters and a Gatorade for Arlin. Records obtained from the West Springfield Police Department show there were no calls made to the police on that day from the UPS hub.

In her closing statement Ouimet-Rooke said, “I find the testimony of the plaintiff, Mr. Benjamin to be credible in its entirety, I find that he’s met his burden of proof in outlining a pattern of conduct committed by the defendant by a preponderance of the evidence which is the standard of proof… in a civil proceeding.”

After the hearing, Benjamin declined to comment, as did Mike Duplin, who accompanied Benjamin to court. A message left with a secretary at the main office of the UPS facility on Wayside Ave. in West Springfield was not returned.

Lilian Zavatsky, who was a witness for Arlin in the hearing and worked closely with Arlin to spread the word about the Teamster’s demands ahead of upcoming contract negotiations, said she was disappointed by the ruling. The next day, she told The Shoestring that she had put in her two weeks notice at UPS because she was going to start working full time at her second job.

Arlin’s arbitration hearing for reinstatement is scheduled for early November.

Compared to non-union delivery and logistics workers, UPS Teamsters are notoriously well-compensated. But as demand for delivery has skyrocketed during the pandemic and pressure in the industry has increased as Amazon undercuts the competition, the union’s rhetoric has focused on improving working conditions and fair distribution of record profits. Upcoming national contract negotiations may prove to be tense.

“We are sending a message to UPS that the days of concessions and walking all over our members are over,” said Sean M. O’Brien, Teamsters General President, in an article in the union’s magazine. “UPS has been making enormous profits on the backs of hardworking Teamsters over the last few years and we are coming to collect what our members are owed.”

Jonathan Gerhardson is a writer and journalist living in western Massachusetts. Send news tips and inquiries to jon.gerhardson (at) proton.me.