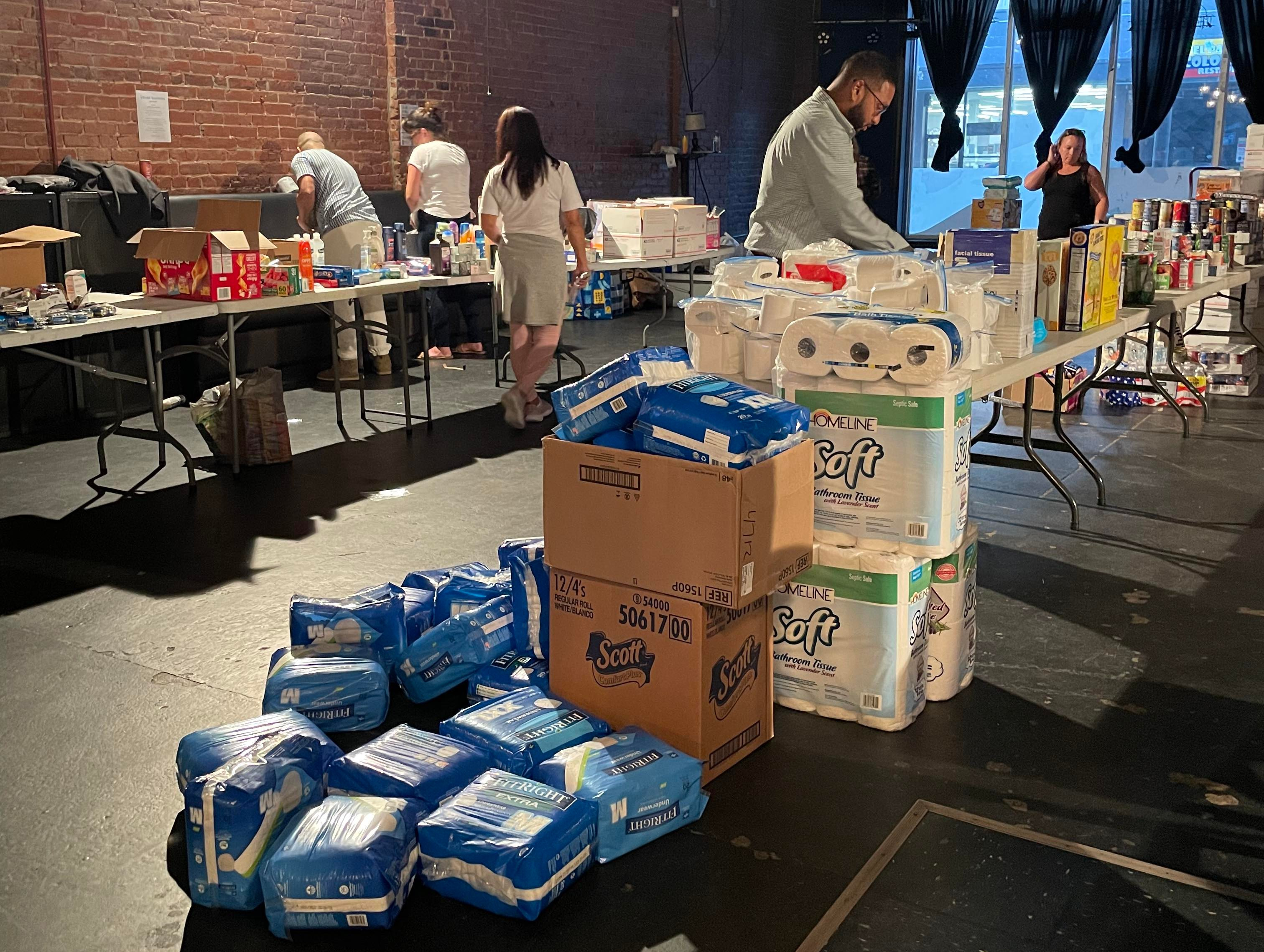 Those leading aid efforts also feel the issue most personally

Seeing Hurricane Fiona hit the island of Puerto Rico, Holyoke City Councilor Juan Anderson-Burgos experienced flashbacks of anxiety. He was reminded of the devastation the island experienced five years prior during Hurricane Maria. As soon as news came out about Fiona’s impact, Anderson-Burgos fervently drove directly to Walmart, grabbing groceries and gift cards to send to those now desperately in need.

With nearly fifty percent of Holyoke’s population being of Puerto Rican descent, many of those leading aid efforts, like Anderson-Burgos, share a connection with the island. This means that the same people providing aid are simultaneously feeling the impacts of the hurricane themself.

Since Fiona made landfall roughly three weeks ago, residents of Holyoke have mobilized to collect, package and send donations to those left without access to essentials in Puerto Rico. The relief has been critical for islanders who, because of systemic disinvestment and austerity policies, have lost power and struggled to access other necessities.

“Our people are very resilient. We will find a way we always do, and we always come back strong. And the work of the people in Holyoke, it’s a reflection of that. We work hard, we come back, and we take care of our own,” said Anderson-Burgos.

Volunteers have gathered in City Sports Bar & Lounge to package nearly 400 donation boxes for individuals in need on the island. The boxes, called “Boricua Care Packages,” were first created by former City Councilor Josie Valentin in 2017 during Hurricane Maria. This year, the effort is being coordinated by city resident Priscilla Rivera. Volunteers are filling the boxes with food, bug spray, batteries and basic hygiene items that they received through donations from across the city and state.

Watching the Hurricane wipe out power across the island has been a stressor for many of those leading the response to the crisis, taking a toll on their mental health, and inducing fear and anxiety about how their families and friends on the island are being affected.

“Holyoke has been really impacted by what’s happening out there because, like I said, we all have family out there. Like everybody that’s in that room [volunteering] has family,” said Damaris Aponte, a resident of Holyoke and community volunteer.

Frank Martínez López, executive director of the nonprofit Enlace de Familias, came to Holyoke with his partner after Hurricane Maria destroyed his home in 2017. When disaster struck again last month, he said his partner experienced the panic of being unable to reach his family on the island, a reaction similar to what other community members and his staff at Enlace were experiencing.

“Those types of scenarios popped up more, and again, with staff not knowing what’s going on [on the island]. That really reminded me of what I went through. But at the same time, understanding that all these people coming together to help really makes it all worth it at the end,” said Martínez López.

Putting together care packages has thus been a way for the community not only to take care of their loved ones on the island, but also a way to support one another during this challenging period.

“What I love about the care packages, we’re doing two things. Yes, we’re helping Puerto Rico, people in need…And then out here, I let people volunteer be part of the care package and I have people saying, ‘Thank you for letting me be part of this…This is a stress release for me,” said Rivera, whose husband owns City Sports Bar & Lounge.

Enlace de Familias, which has been involved in collecting donations, has also been implementing mental health check-ins for its 100% Latinx staff. The initiative is modeled after a similar effort by MassHire Holyoke, whose staff is 60% Latinx, during response to Hurricane Maria. Both organizations were instrumental community leaders in organizing aid efforts during Maria.

Organizers describe the aid as entirely community led, though city officials like Mayor Joshua Garcia have been supportive for helping coordinate and package donations and setting up the  city’s Community Emergency Response Team.

In 2019, a study conducted by the University of Connecticut-Storrs’ Institute of Latino/a, Latin American and Caribbean Studies and Hunter College’s Center for Puerto Rican Studies similarly found that aid to migrants coming to Holyoke after Hurricane Maria was disproportionately assumed by Puerto Rican community members.

“A sense of solidarity among Puerto Ricans is a resource for future responses to a crisis,” read the study, an observation that has proven true with this response effort.

In Puerto Rico, the island has been experiencing regular blackouts even before Fiona wiped out power due to a long history of disinvestment and austerity policies—some of the same reasons residents have been leaving in large numbers.

In 2016, the Financial Oversight and Management Board was created through the Puerto Rico Oversight, Management, and Economic Stability Act (or PROMESA Act), meant to address the island’s debt. The Board—known by locals as “la junta”—has the authority to overrule local lawmakers in Puerto Rico, a power it used in a 2021 decision to instate private company LUMA to run the island’s power transmission and distribution system. Since LUMA took over, it has been criticized by citizens and lawmakers for frequent blackouts and high energy bills and disrupting life for the island’s people.

On top of this, Puerto Rico’s political status as an “unincorporated territory” has made it ripe for economic marginalization by the United States and private companies like LUMA. Seventy percent of net domestic income generated within Puerto Rico ends up leaving the island, which is just one example of why the island has been unable to maintain the necessary infrastructure to protect itself from hurricane damage. The Fiscal Oversight and Management Board has also been responsible for undermining economic growth and job creation by slashing pension funds and closing schools, among other actions.

Furthermore, after Hurricane Maria hit in 2017, the Trump administration was slow to administer help, even making Twitter statements that Puerto Rico wants “everything to be done for them.” This led to the creation of the slogan “Puerto Rico se levanta” (“Puerto Rico rises up”). The phrase encapsulates the island’s resilience to rebuild itself through the strength of its people, a feeling the city of Holyoke has emulated.

Still, all of these compounding issues have led more and more Puerto Ricans to leave the island. Holyoke and Massachusetts became hotspots for Puerto Rican migrants after World War II when demand for low-wage workers rose. Puerto Ricans arrived in Holyoke en masse between 1960-1980, as well as after Hurricane Maria hit in 2017. As the island’s political issues remain unresolved and climate change exacerbates natural disasters, Holyoke and surrounding towns will continue to be destinations for Puerto Rican migration.

Though so far aid has primarily focused on sending care packages directly to the island, Martínez López said that two families have already come to Holyoke from Puerto Rico, and the city may expect more over the coming months. He has been working with the city, as well as 15 other community organizations, to set up a one-stop resource center for those displaced, similar to the center Enlace set up when Maria hit.

“It’s resilient. That feeling of resilience and knowing that you’re part of that. It gives you the sense of pride—you’re proud. You love your people. You love your island, and I will do whatever it takes,” Anderson-Burgos added about the volunteer efforts.

Irina Costache is a freelance journalist based in Boston.